The sinuous hill that houses the castle of Las Plassas, has a nipple form. For this reason, the name comes from one of the most fertile areas of Sardinia, known simply as Marmilla.

The castle dates back to the 12th century. It was built in 1172 and has a height of about 270 meters. It belonged to the Giudicato di Arborea (Judiciary of Arborea) and its function was defensive. 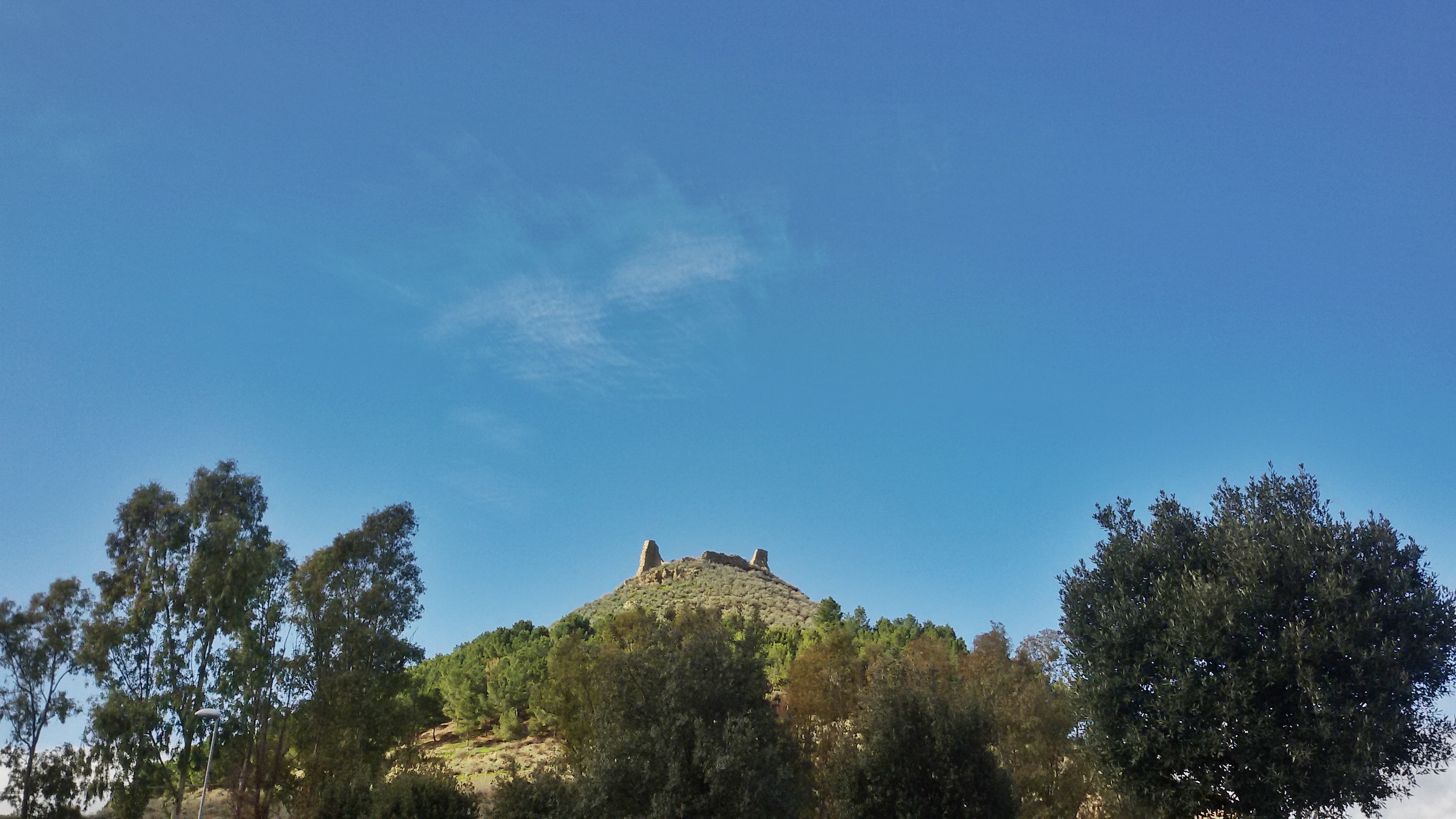 From this great ambition was born the so-called Carta De Logu, a precious collection of laws written in Sardinian language destined to the courts of the island.

During the long war (almost a century) between the Kingdom of Arborea and the Kingdom of Sardinia of the Crown of Aragon, the castle had an important role, and from 1324 (date in which the war begins), the castle was disputed between the two kingdoms and passed to the Aragonese with the final defeat of the Arborians.

The castle has remained in ruins. Its main tower, perimeter and internal walls are visible. Despite the strong deterioration of the building, we can still guess the joints of the different interior environments where their garrison was housed and the warehouses where they kept the supplies of the precious grain. 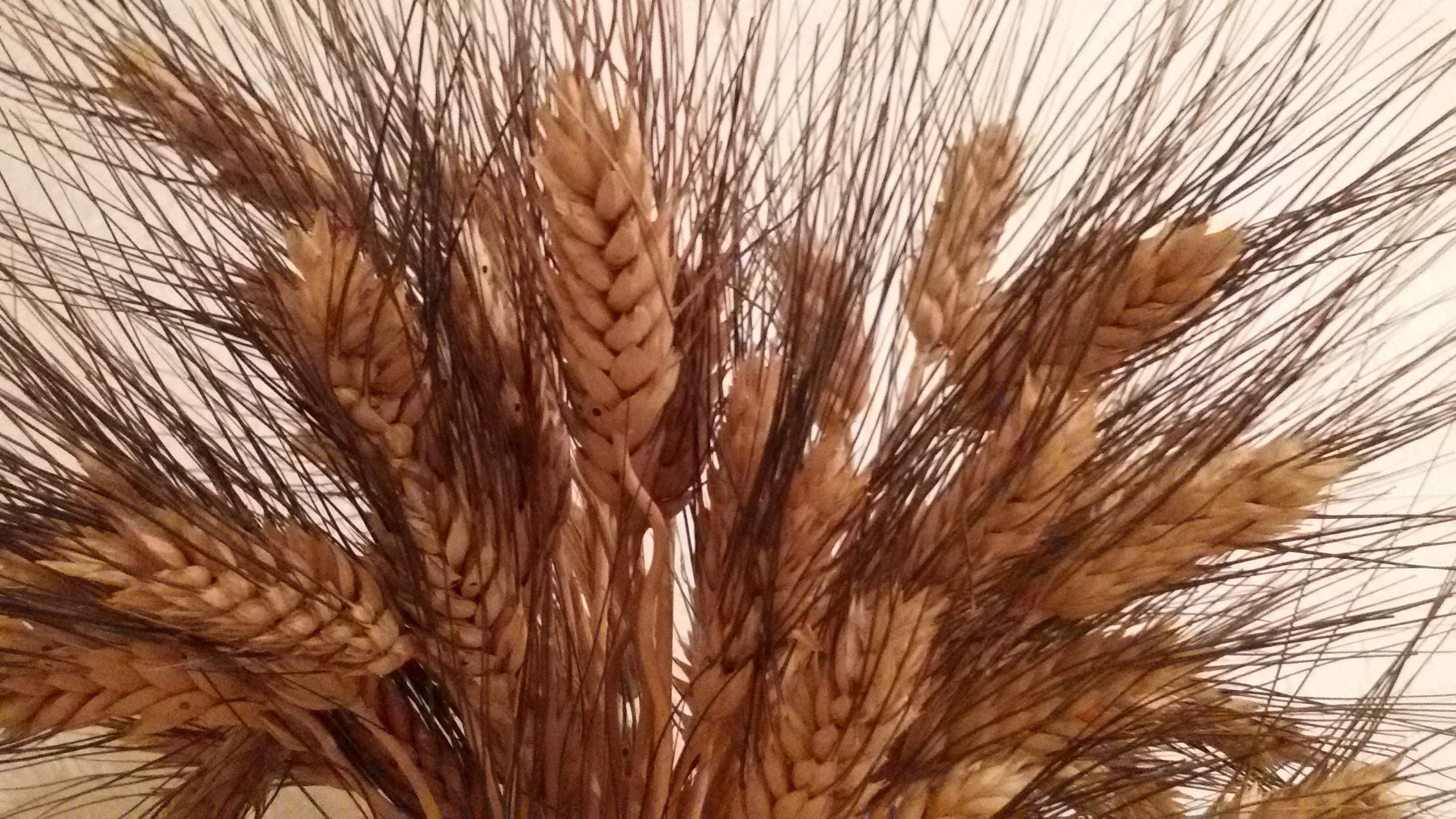 La Marmilla, as I have written before, was and remains a very famous fertile area, especially for its wheat crops. There is a traditional Sardinian expression of good wishes that quotes: “Saludi e Trigu“. Health and Wheat, this is the english translation. Wheat has always been the greatest and most precious treasure, and in the interior of the castle of Las Plassas, many artifacts of metal and ceramics, glass and other remains of food were found thanks to numerous archaeological excavations. These objects and materials give us a clear idea of the daily life of the garrison in one of the frontier fortifications that existed at the time. 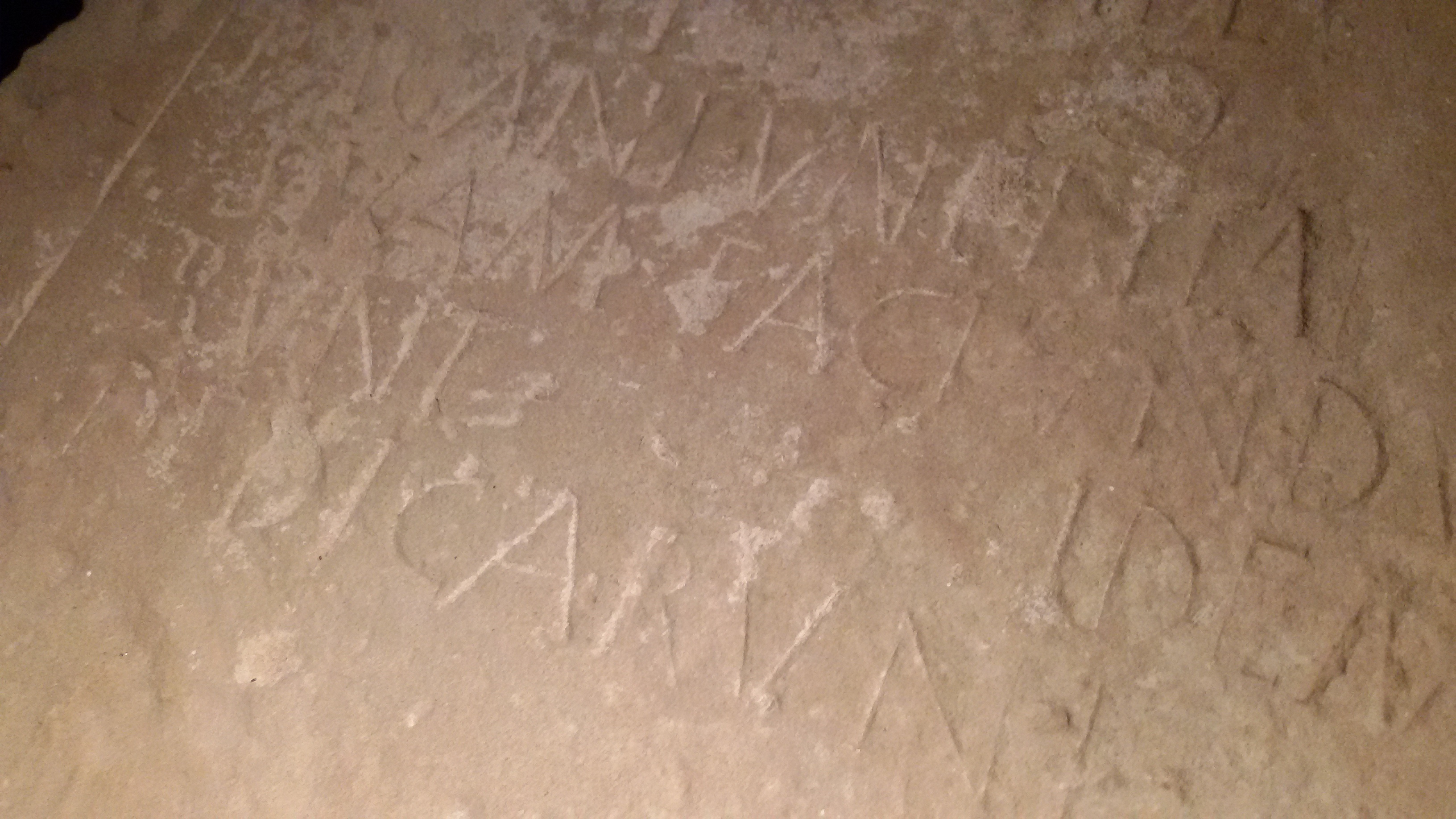 I visited the castle and was very happy to discover the MUDA museum in Las Plassas. 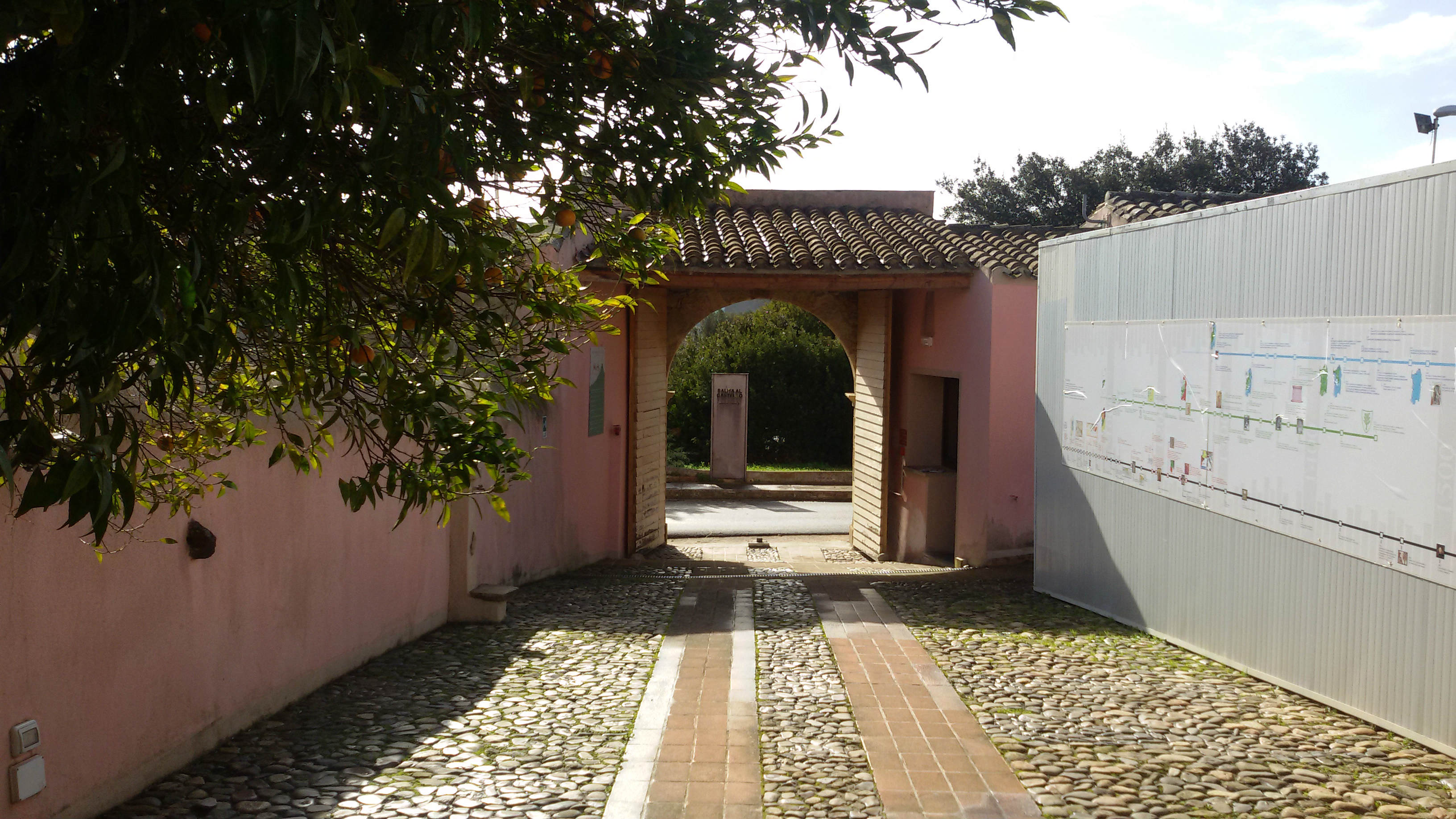 The museum is fully multimedia and tells the history of the castle in an exhaustive and fun way, and not only that. The average age in Sardinia, unlike what history tells us, was not a dark period. It was flourishing, not only characterized by certain wars, but also by fruitful commercial exchanges and great geopolitical transformations that determined the future of our island. 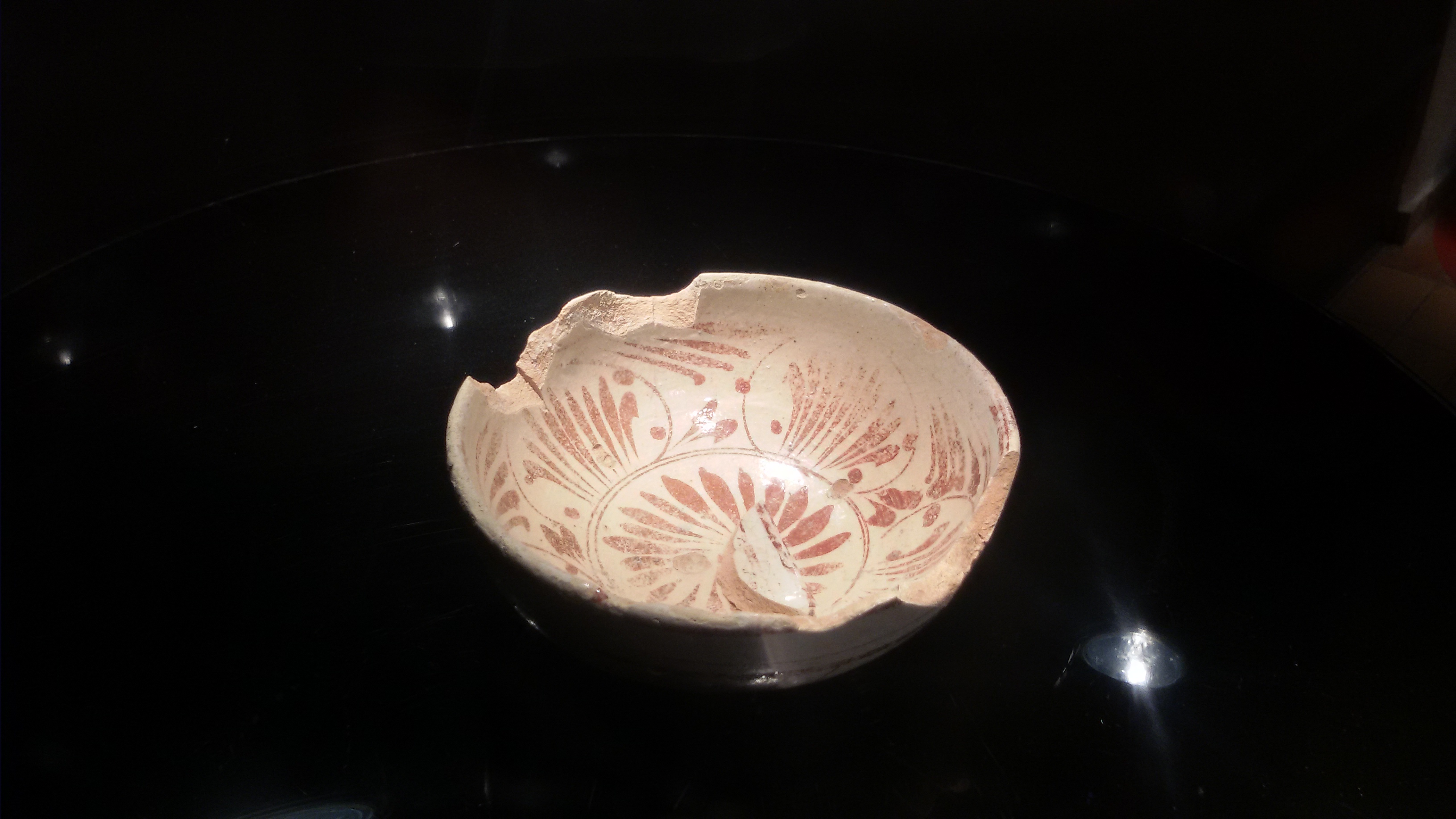 Undoubtedly, the aspect that fascinates this period and the history of Sardinia, is the giudicati (court) and the mythical figure of Giudicessa Eleonora D’arborea.

The daughter of Mariano IV, the judge I mentioned earlier who proclaimed the Letter of Logu, Eleonora, is remembered today for having updated and made this important document even more innovative.

Eleanor became a judge after the death of her brother Ugone III.

With the renewal of the Letter of Logu, Eleanor moved away from the conservative ideas of her brother to complete the project of his father Mariano IV; A project that involves the idea of ​​reuniting the whole island under the same scepter, especially the regent and, to preserve it from the invasions of foreign peoples, such as the Aragonese, the famous enemy of Arborea.

Eleonora was able to reunite almost all the island under a same court. In addition, her policy was not authoritarian and absolutist. On the contrary, she had a great regard for people; Her vision of power was never far from the people’s reasons, even though the court was an oligarchic system.

Her reign lasted for many years, and who knows how long it might have lasted, if one day there had not been an enemy who had no human appearance, who brought the people of Sardinia to their knees and who took hundreds of lives, including that of Eleonora herself: the plague.

The plague in Sardinia favored the advance of the Aragonese who, without fighting, managed to conquer the island.

During her life Eleonora lived mainly in ancient Aragona, the present Castelsardo.
Eleonora, married Brancaleone Doria. Doria already controlled with many territories of Sardinia and it is said that the decision to marry one of the representatives of this family, was made with the purpose of uniting the kingdom of giudicati under the same power.

The castle of Las Plassas was supposed to be the place where the giudicessa was staying when passing through the border areas. 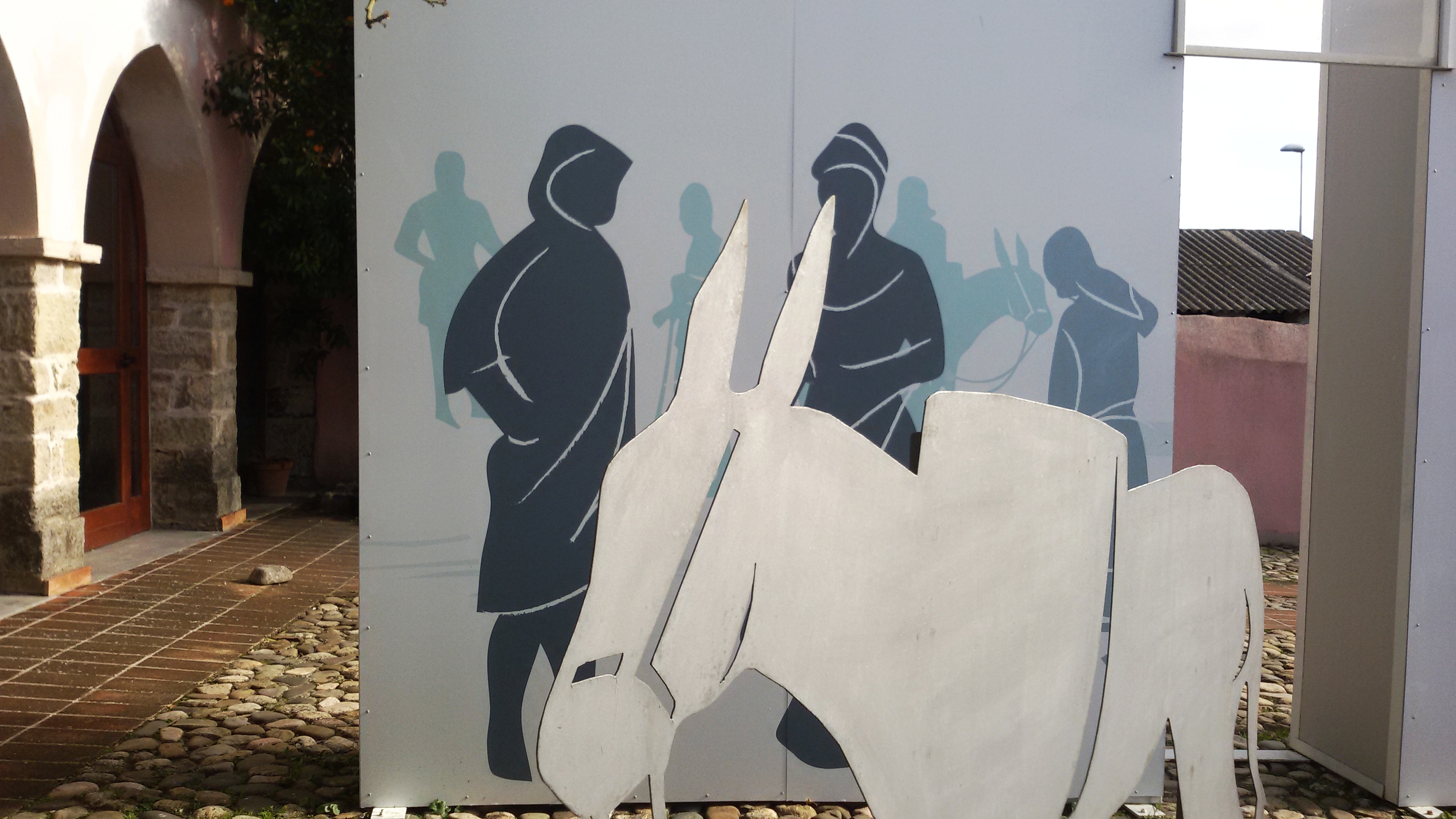 Among the historical facts that come to us concerning the period of the judges in Sardinia, there are many truths, but many myths. Especially in the figure of Eleonora d’Arborea, she herself said them, but in her life there are no complete documents. We don’t not know how was her face, for example, nor the place where her tomb is, which has not been discovered to date.

But Eleonora D’Arborea has existed. And with it, she is ideal for the survivors, her sense of belonging to the land of Sardinia. Despite her Catalan – Aragon origins, Eleonora was from Sardinia. She struggled in her kingdom, which has brought innovation and modernity, following in the footsteps of her father.

Eleanora has left us a message of pride, of hope, and above all of belonging and identity. These are the most important values. Values ​​that, along with certainties, do not need written documents to survive and reach today.

Comment of the local: In addition to Castelsardo, Eleanora lived most of her life in Oristano. The figure of Eleonora is well respected and remembered in the city of Arborea. The main square of Oristano is called in honor of the Giudicessa and is adorned with a statue that represents it proud and confident of herself. The monument, which dates back to 1881, has a classic style without a doubt. Every year, the opening of the traditional Sartiglia takes place with the passage of the Giudicessa horse, followed by the figure of the last Componidori.

Returning to talk about the MUDA museum, I want to remind you that the visit is all multimedia. At the beginning of the tour headphones are supplied with a small MP3 player, which contains several vocal tracks. The tour lasts an hour and a half and ends with a fiction that tells the journey that Marian IV (father of Eleanora) made to the castle of Marmilla during his reign. Thanks to this story of fiction capture the most important aspects regarding the conduct of daily life in the castle. Very interesting and appetizing is the description made  by the “chef of the court” of the food that was served at lunch in honor of the guests.