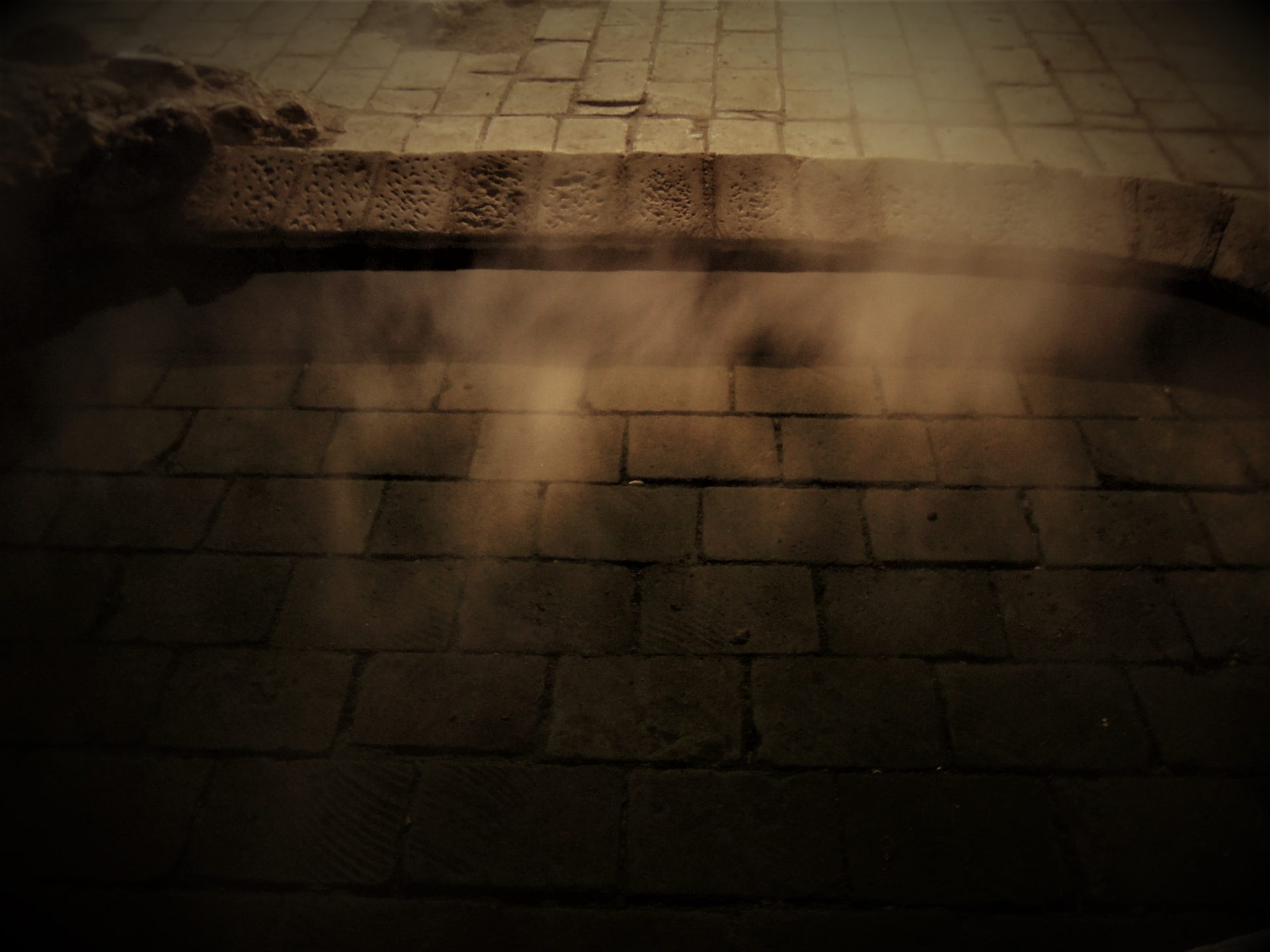 It has already happened, in previous articles  like Nora and Tharros, that we talk about places in which emerges the strong link between man and water.

Fordongianus, for example, are ancient thermal baths, which were immediately exploited by the ancient Roman rulers. 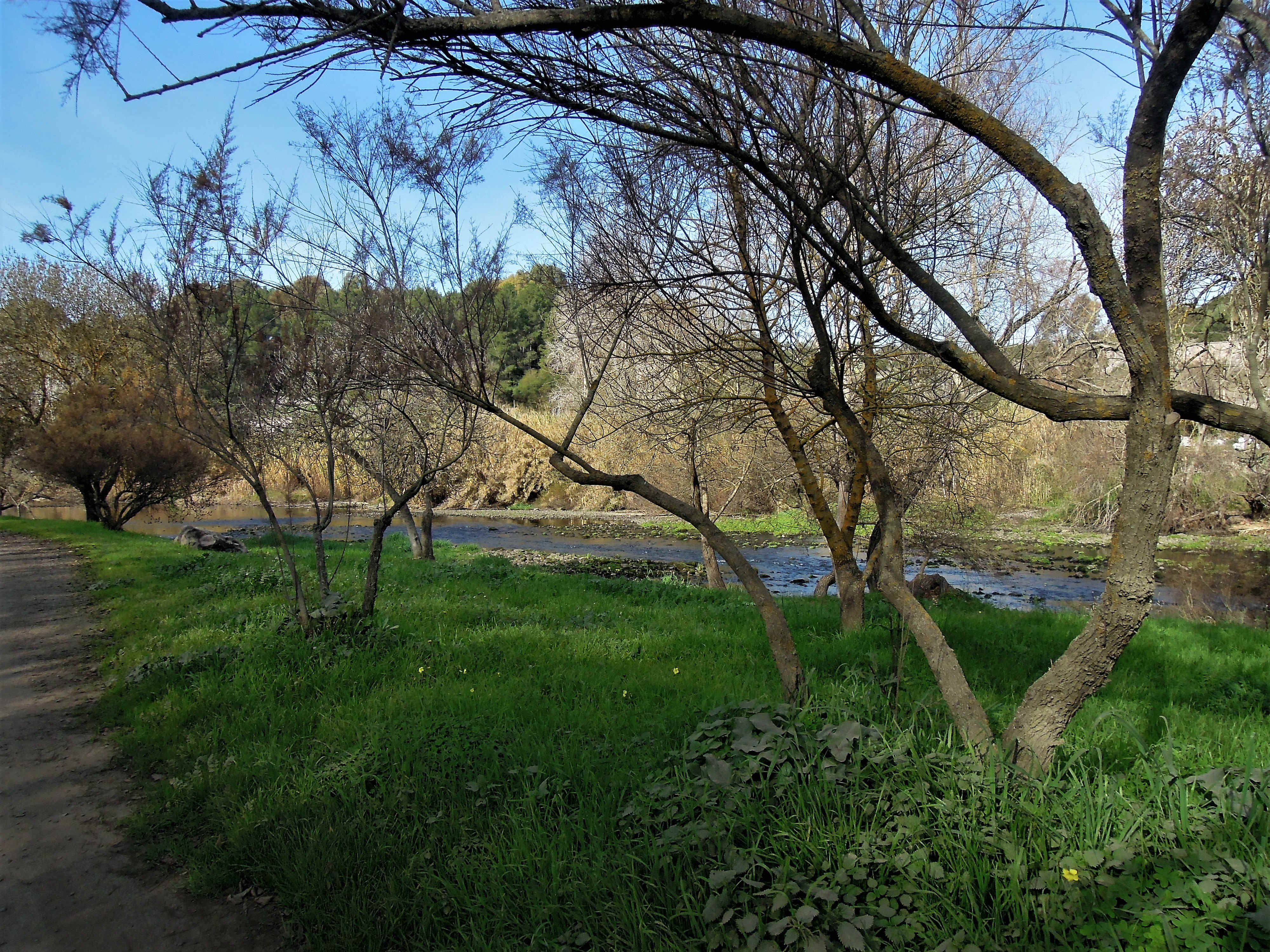 The name of Forum Traiani (Trajan’s Forum) refers to the period in which Emperor Trajan exercised his power, which transformed the old urban center of Fordongianus, from colony to municipal city. 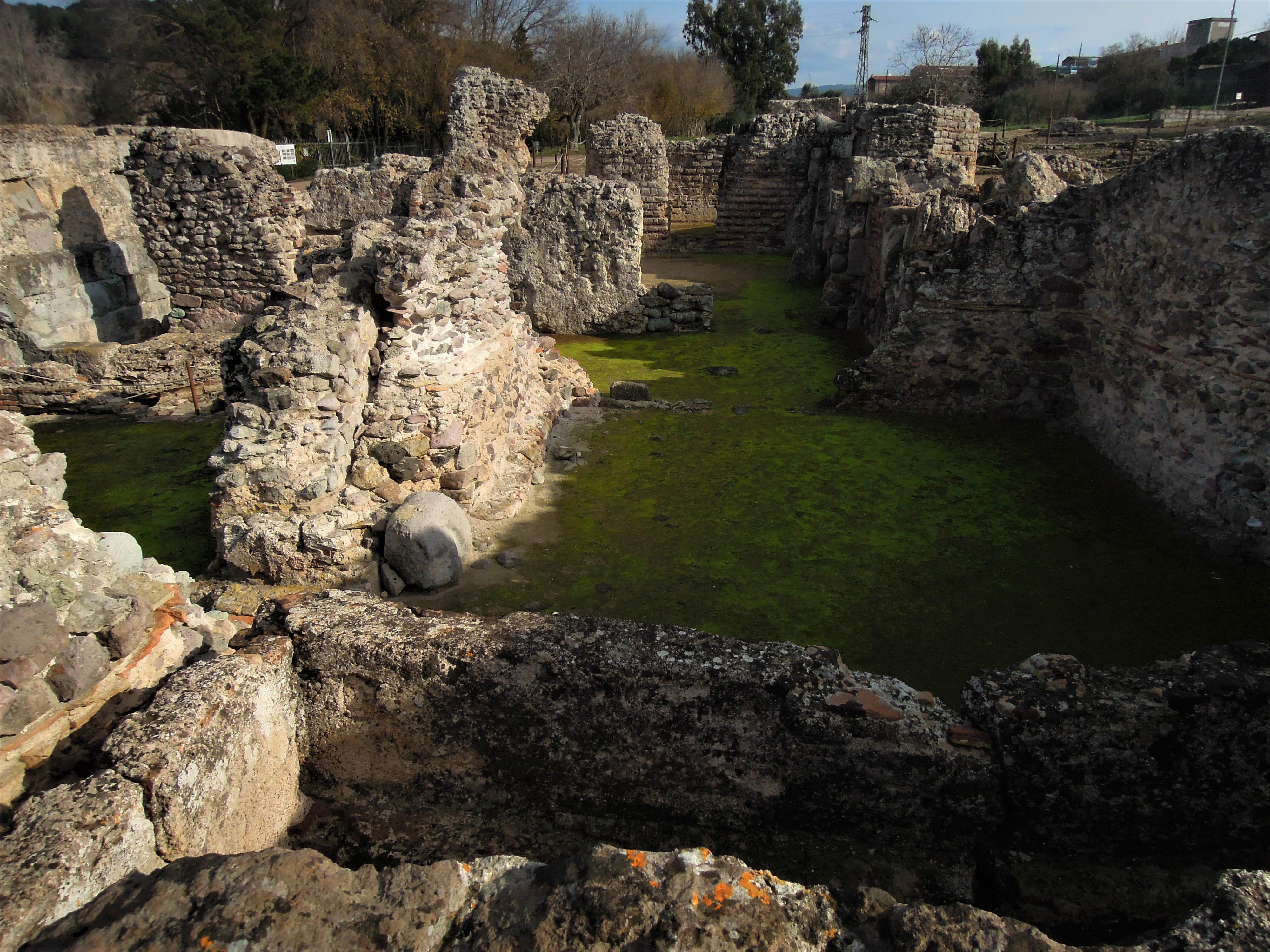 During century I d.C. the Romans built a large spa building, which is still visible through its ruins. In the center of the complex, there is a large swimming pool which at the time was covered. The Romans built around the natural resource a hydraulic plant to channel and exploit the hot springs, with the addition of channels of cold water that allowed to templar the warm water that flows of natural form of the volcanic subsoil. 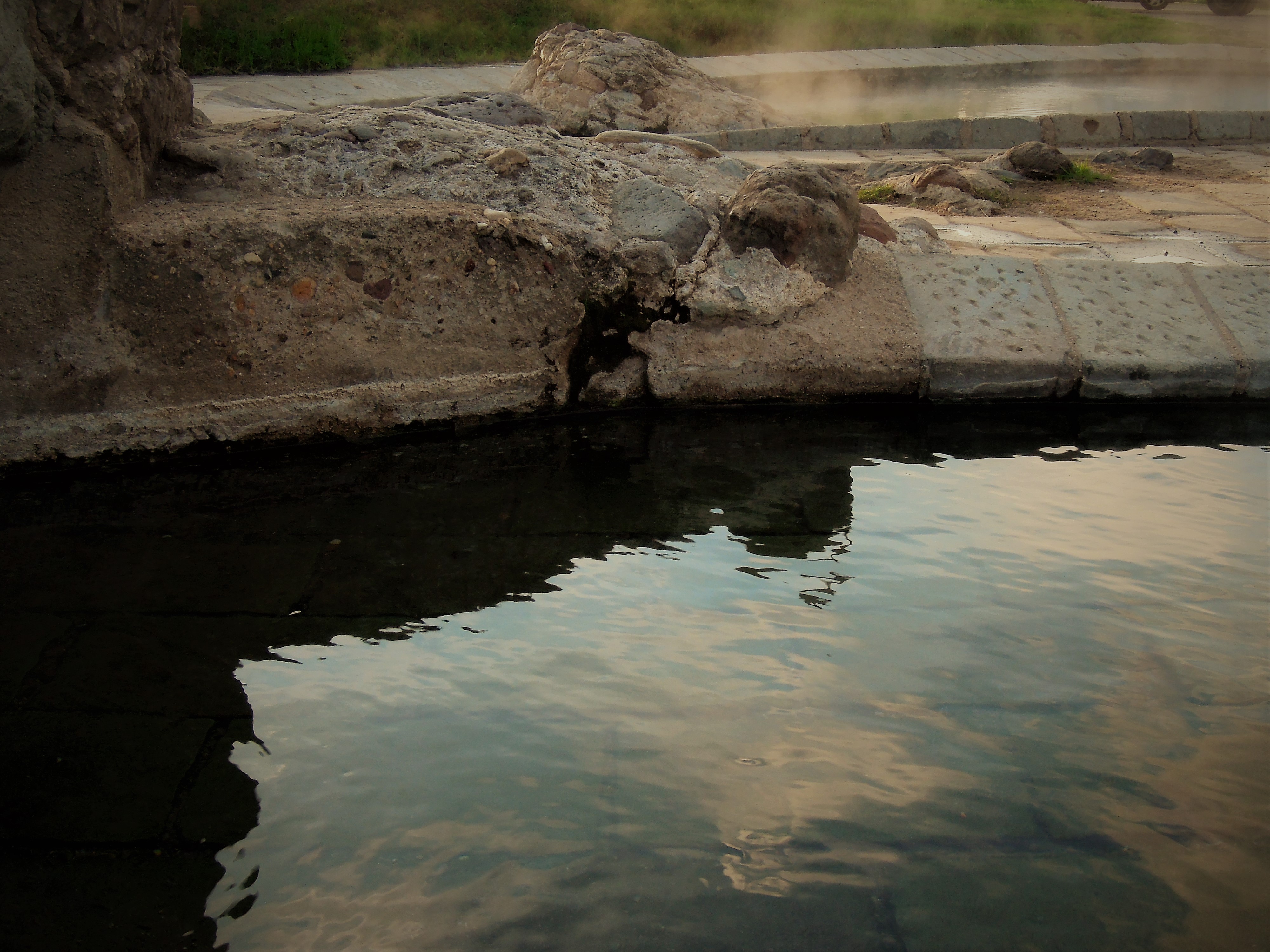 The great engineering skill that the ancient Romans have always shown, can be seen in the example of the Fordongianus thermal baths. 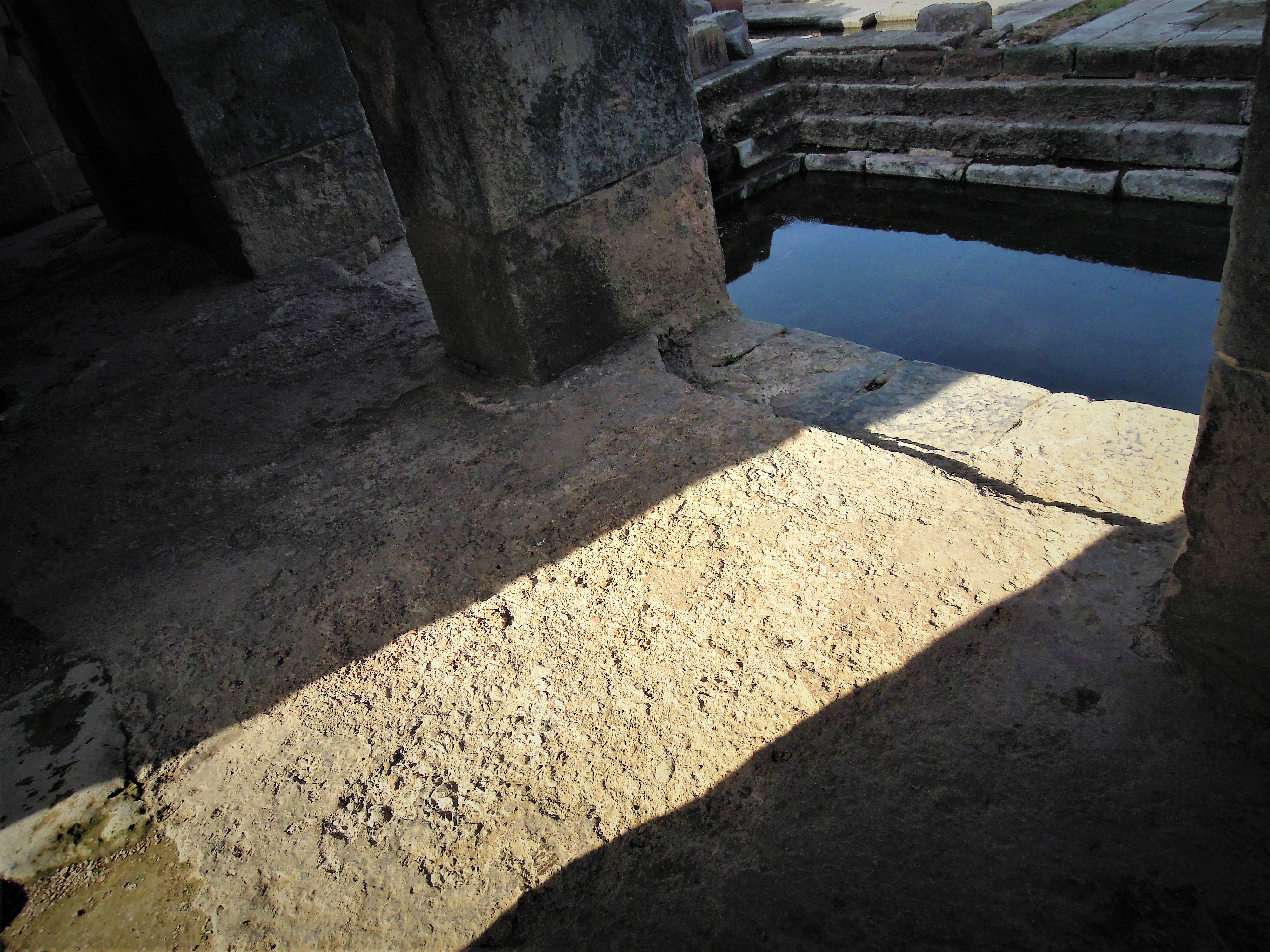 Even today, in many parts of Sardinia, there are countless hydraulic works built by the Romans, such as cisterns to store rainwater: Cagliari, for example, has a large number of subterranean cisterns dating from Punic and Roman. They were constructed of clay, a material derived from the mixture of clay and fragments of clay. This waterproof material was used in most tanks to prevent seepage of rainwater. The use of tanks was for the water supply and collection point of water, and what I do know is that in Cagliari, it lasted for several centuries, and even being exploited by the city of Cagliari during II World War.

Exactly one year ago, at Christmas, I was in Fordongianus. Fordongianus, as I said, is a small and famous old town center known for its ancient thermal baths. It is located in the province of Oristano, not far from places familiar to us in Sardinia12 as the same as Cabras or Oristano.

Fordongianus is located between the mountains of the Tirso Valley (the longest river in Sardinia) and in ancient times was the crossing point between the plain and the interior. 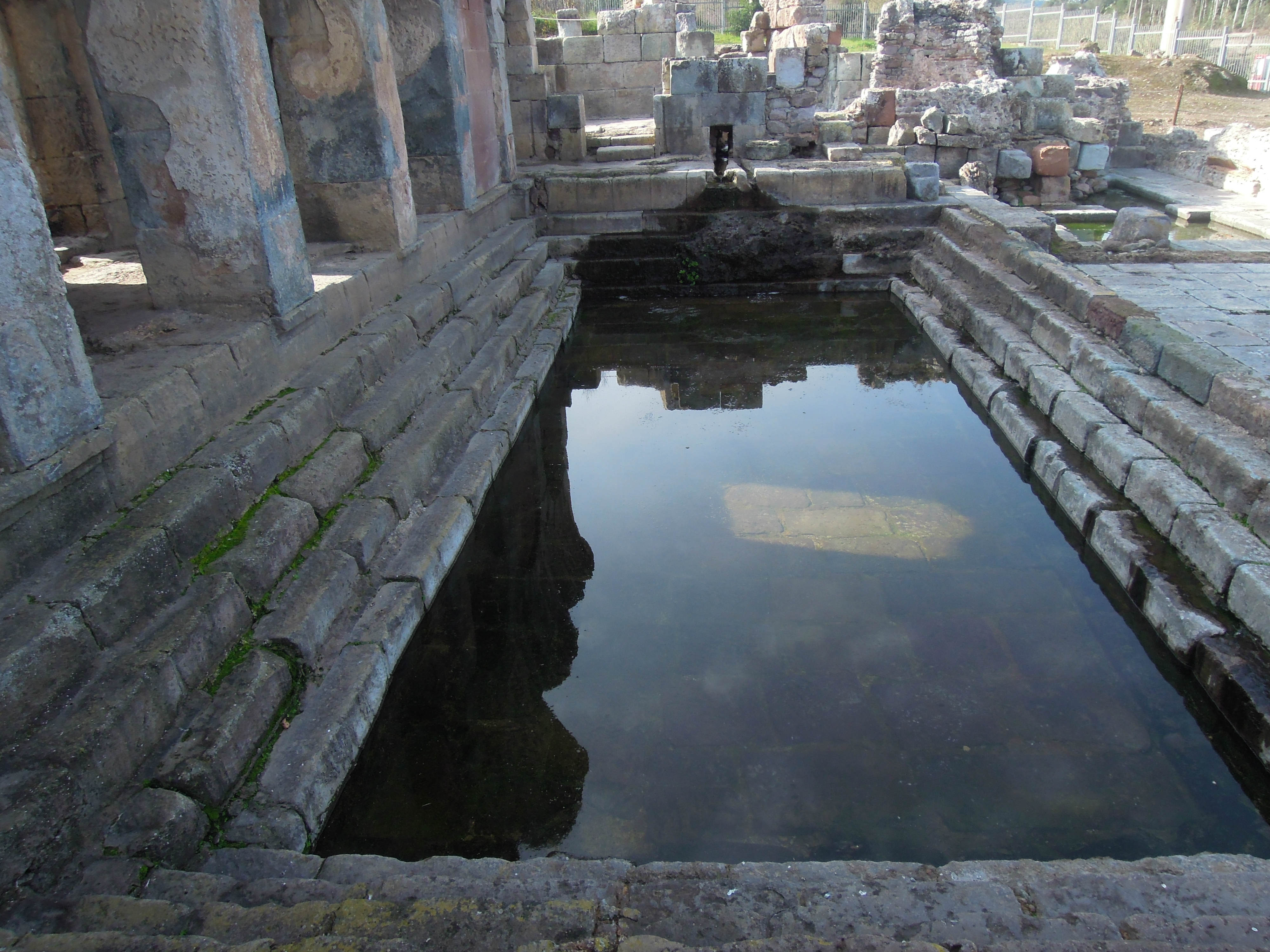 The warm waters of the terms still have a curative function against the ailments of rheumatism and others of the joints. What gave testimony of its use like curative remedy, was the discovery of the statue of the god Bes, the dwarf demon of Egyptian origin, that had the task to avoid the disasters. The statue of the god Bes, nowadays, is exposed to the archaeological museum of Cagliari. 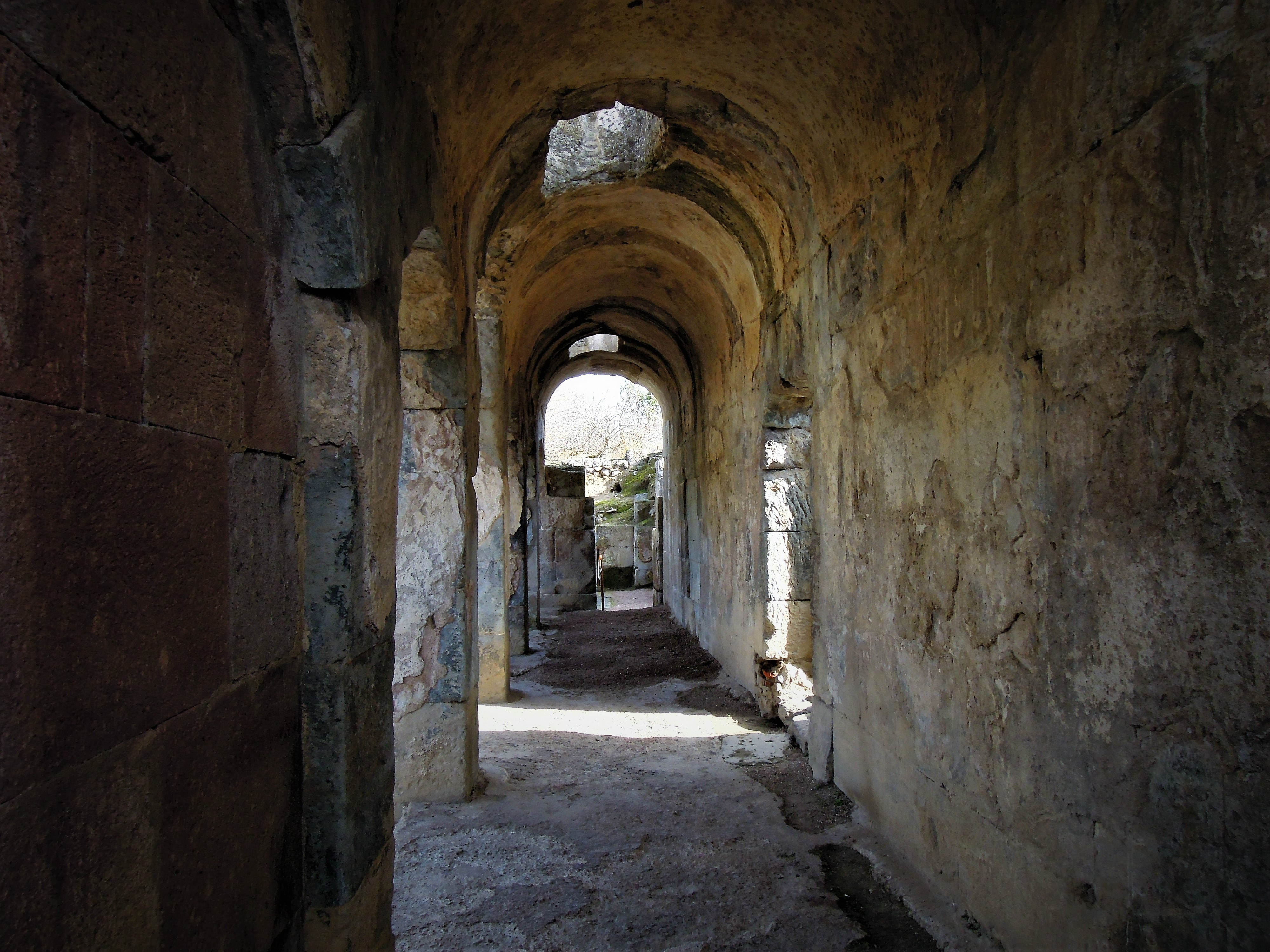 My stay in Fordongianus was only for a weekend. In Fordongianus there is a large hotel, the Sardenga Gran Hotel Spa. It is certainly a place to spend relaxing moments in your spa that uses the hot springs, and enjoy other services. My intention, however, was to make an alternative route and test the small municipal pools.

The thermal baths of Is Bangius, in fact, belong to the municipality of Fordongianus and are located in the same street after the ruins of the archaeological zone.

They are located inside a small cozy structure, dating from 1800 and consisting of 3 small rooms, each with a hot tub. The price of admission is 4 euro and the journey does not last more than half an hour due to the very hot water intake that oscillates between 40 ° C and 43 ° C. The towel, slippers and shower cap, unless you do not bring them with you, can be rented and taken at the entrance for the small price of 1 euro. 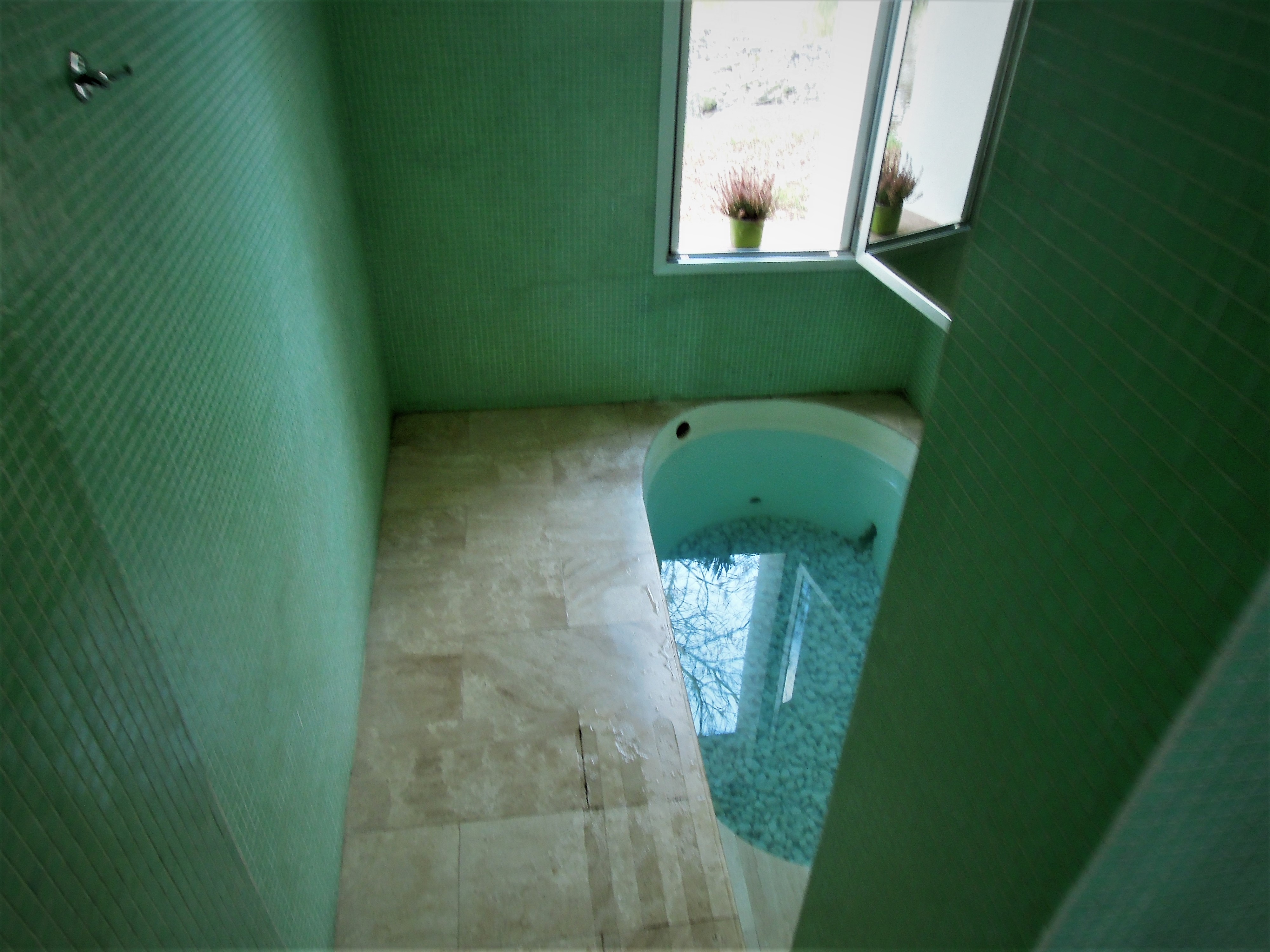 On the night of my arrival, after leaving my suitcase at the Is Janas Bed and Breakfast (a modest but cozy B & B located a few meters from the spa), I immediately went to look for the archaeological site, to collect the information on the schedules access to the thermal baths and guided visit to the ruins. It was late and I decided to go to the thermal baths the next morning in one of the first rounds. That same afternoon, however, I opted to take a guided tour of the ruins.

The guide at the ruins is very interesting. From what I see, and I describe, the ancient Romans, in addition to the aforementioned engineering skills, had a sense of precision in detail: the aesthetic element along with the decorative, such as the shape of a head a panther at the end of the canal, from which the water flows and ends in the pool; The remains of mosaic floors; The nymph, in a pool dedicated to the nymphs, and which give an idea of ​​the sense of respect that the ancient Romans had towards the cult of beauty.

At night, I went back for a walk in the spa. I was intrigued to see the effect of water vapor on the ruins: the landscape was almost Dantesque, it was soft and not at all disturbing. 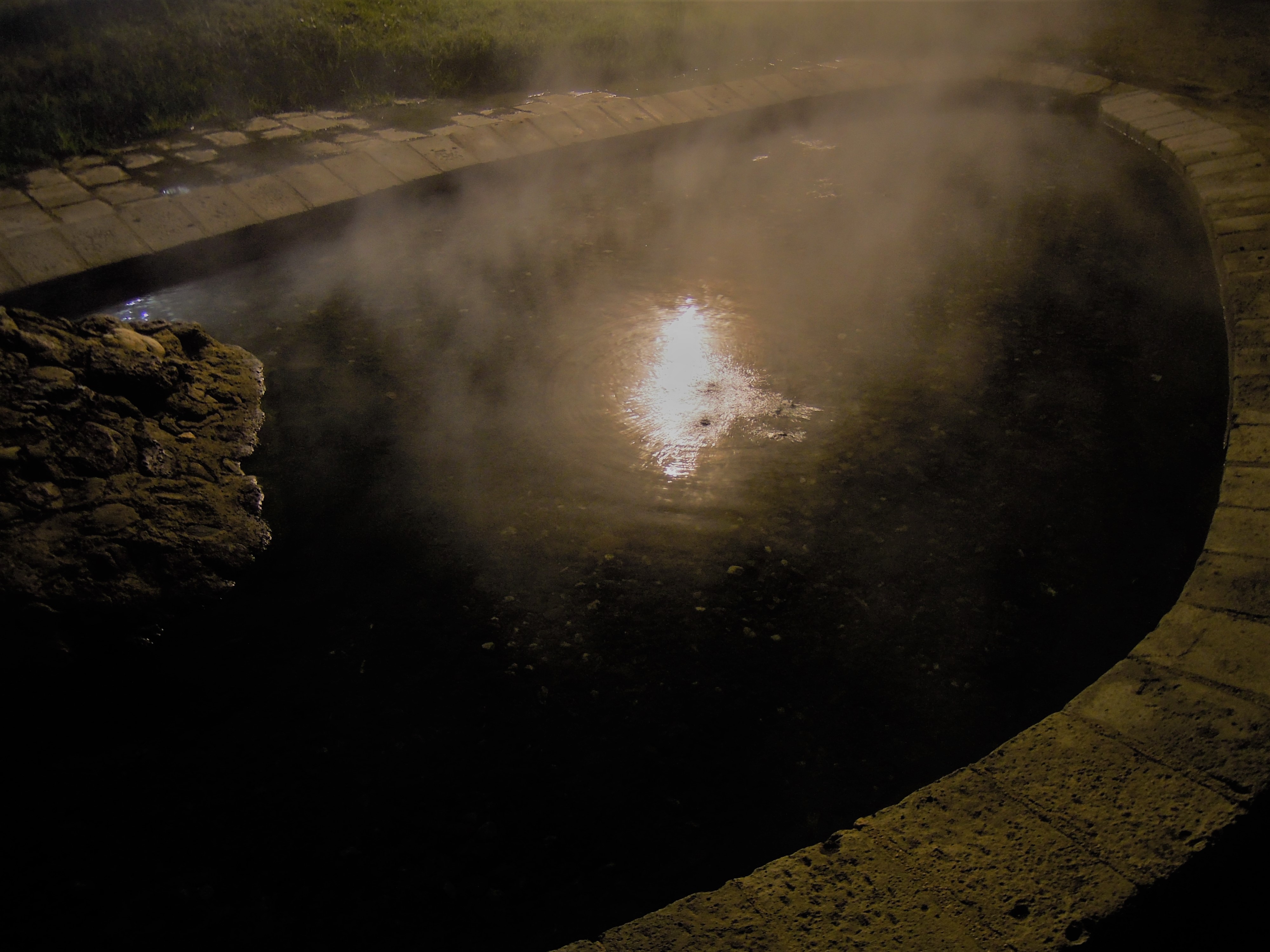 Even more surprising was to see the landscape of the spa the next day: the water vapor along with the morning mist formed beautiful reflections of smoke and evocative light. 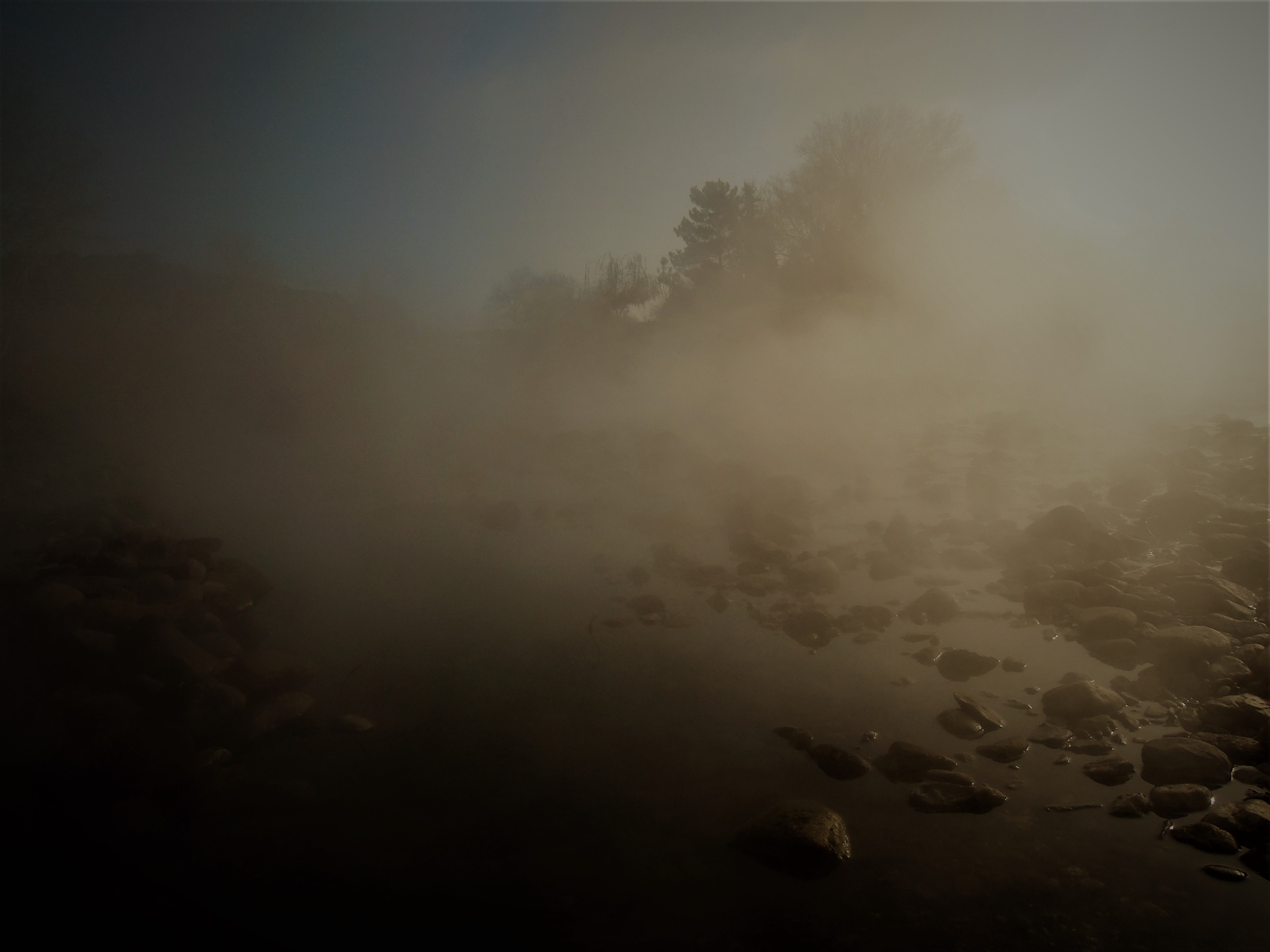 After having tried the relaxing hot tub, I went to visit the area. Fordongianus is also known for its trachy, green and gray quarries. Most of the buildings in the village are built with these beautiful volcanic stones. At the end of ‘500 the Aragonese house was built, named after the gothic-Aragonese motifs that decorate it. The house is completely made of trachyte and now belongs to the municipality of Fordongianus: it is an interesting example that represents the typical dwelling type of the center of Sardinia and clearly distinguishes the campidano (to the south of the island where Cagliari is), and Oristano. The difference is in the portico (sa lolla). In the camp houses, in fact, the portico is built leaning on the building, which overlooks the courtyard and is surrounded by high walls that have a large entrance door. The Aragonese house, on the other hand, presents the patio in the back and has a secondary entrance. 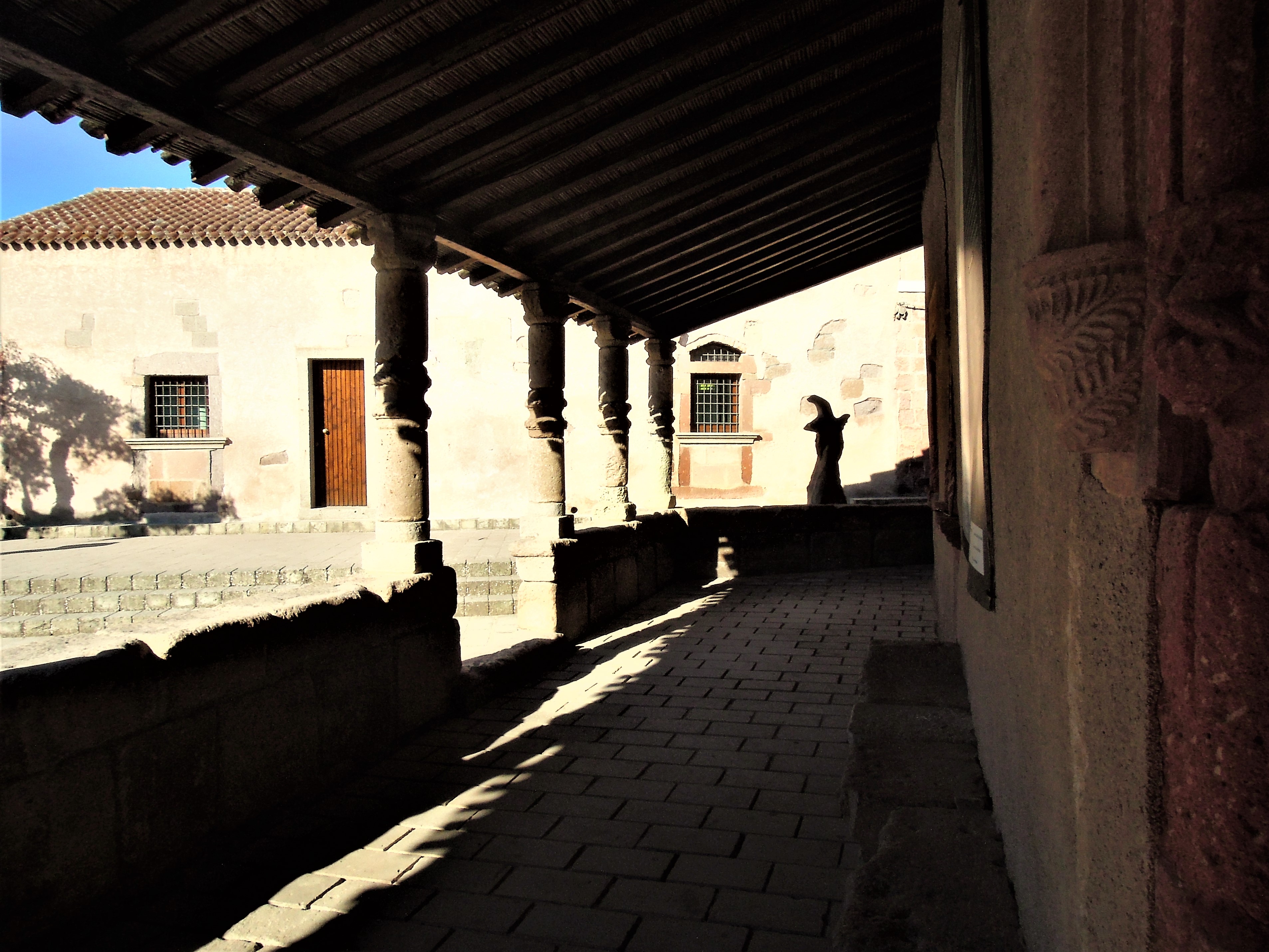 In the center of the area, there are also the remains of an ancient and important Roman road. This road leads back to the bridge over the river Tirso and joins the most important Roman road of the island that led from Cagliari to Porto Torres (northern Sardinia). 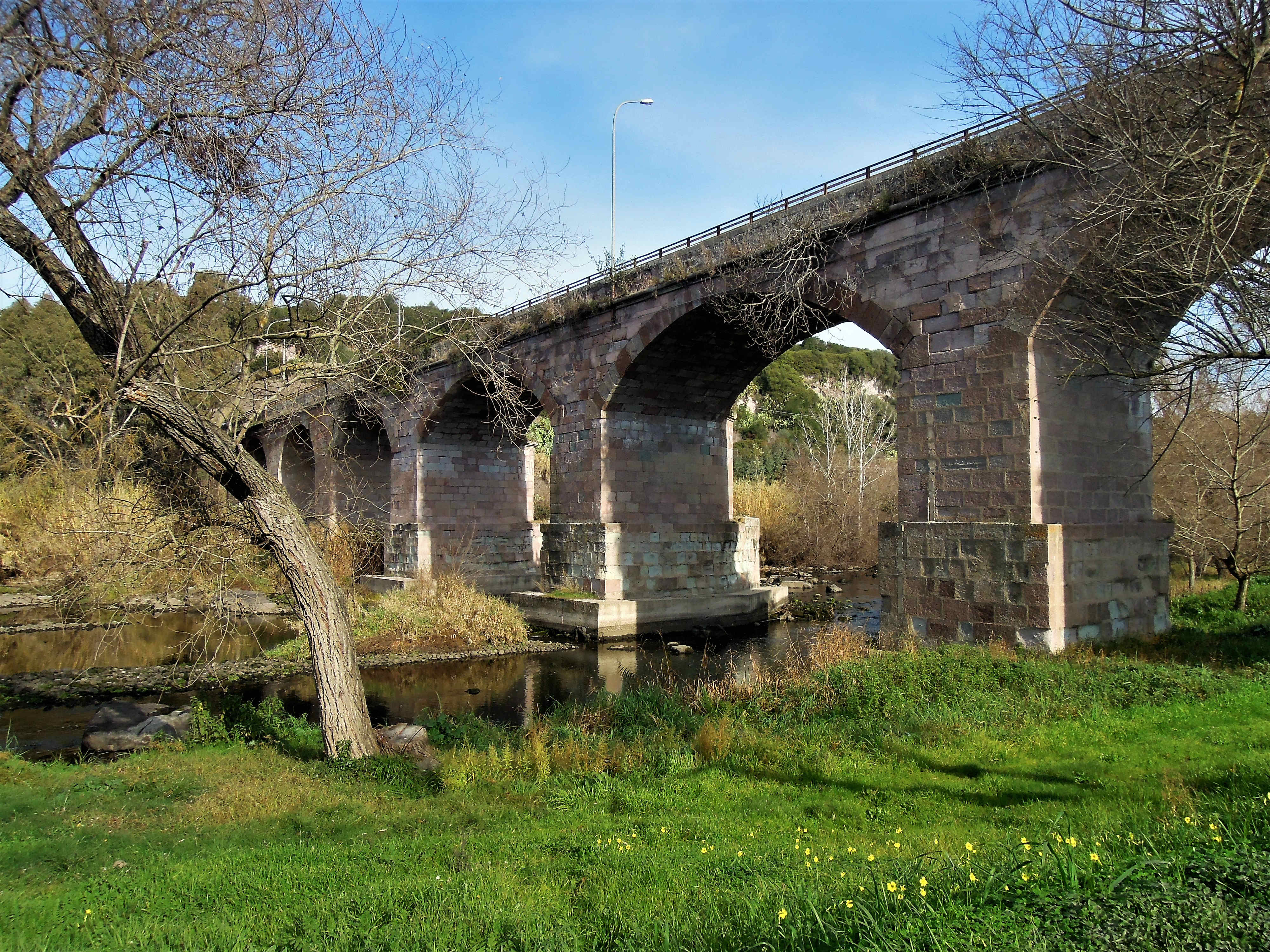 Leaving the village, a few kilometers away, is the Romanesque church of San Lussorio: built entirely of volcanic stone, this church is part of a romanesque itinerary in the center of Sardinia, where you can follow and learn about other Romanesque churches located in several places in the center of the island like the one of San Juan Bautista in Orotelli, or San Palmerio in Ghilarza, or even that of Santa Maria della Mercede in Norbello.

The small parenthesis in Fordongianus I still remember it with pleasure a year later. December is already perceived as a particular month, which has to do with a fairy tale atmosphere, but this place has certainly helped to make even more authentic the spirit of Christmas. The contact with history is unique. The feeling of sitting on the edge of an ancient pool built centuries ago, with a book in your hand and barefoot while you touch the hot water and is well covered with a scarf and buttoned jacket, makes you live a contrast of feelings special, difficult to forget.

The sensations that bring the essential elements about things, make you think about the magical relationship that man, despite past centuries, still have with water, source of life and essence of the soul. 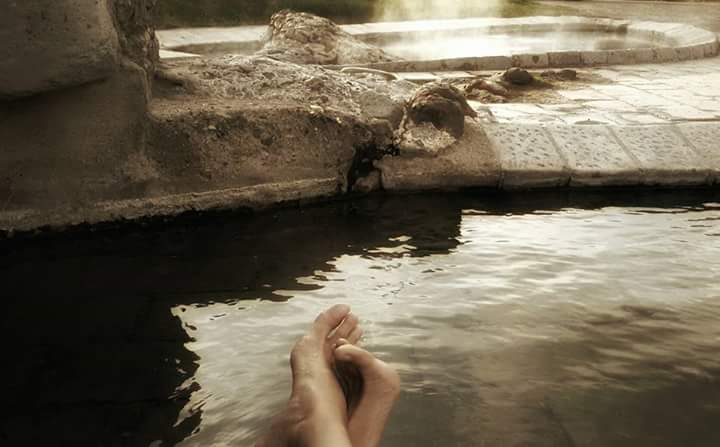 Comment of the local: Fordongianus is an interesting place to visit: thanks to its proximity to Cabras and other towns of Oristano, it is easily accessible and can be visited in one day. You could think to organize a small tour through the baths of Aquae Sinis to Fordongianus or vice versa. During the tour, you can take advantage of the proximity to other archeological sites of great beauty such as the sacred well of Santa Cristina, whose history has always been linked to water and has to do with some ancient ancestral places of worship very interesting to be known.

For those who want more information on this, I leave the link of the cooperative that manages the well of Santa Cristina and the nurage of Losa: www.archeotour.net 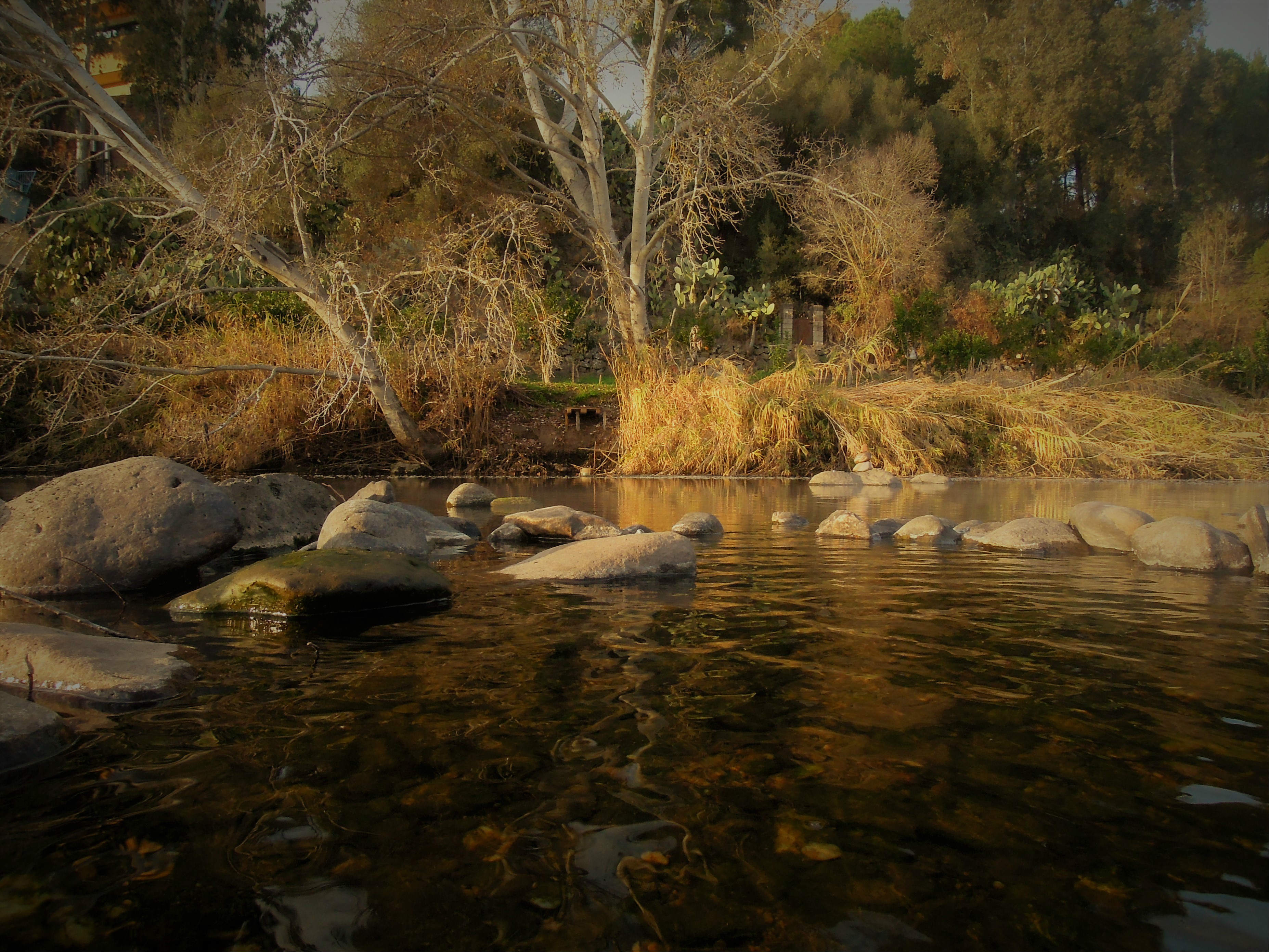