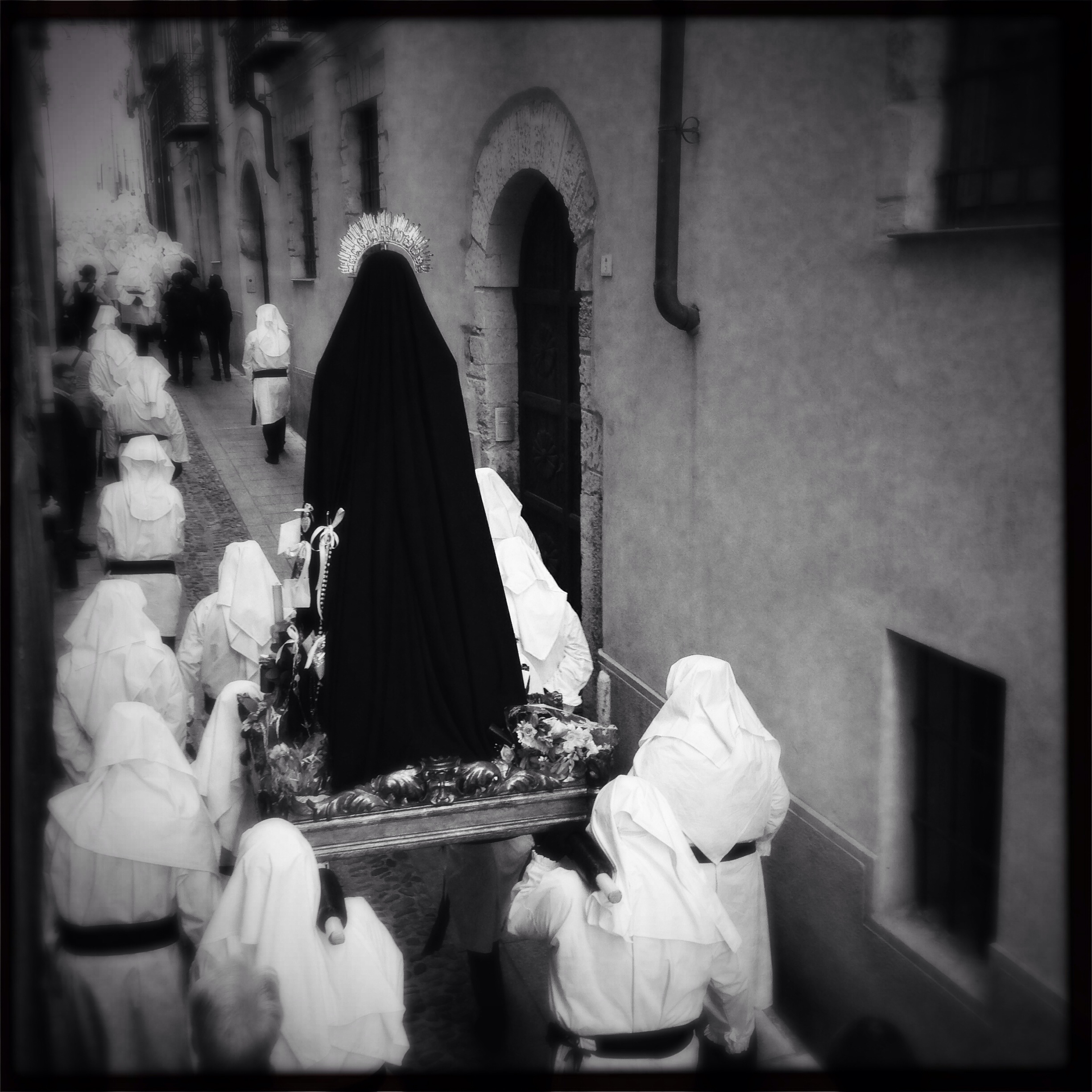 The author of these beautiful photos is a good friend of mine, his name is Roberto Murgia, named Bob. The photos show some moments of the rite of Holy Week in Cagliari. Sa Chida Santa, which is its name in Sardinian language, takes place through the streets of the historic center: Villanova, Stampace, Castello and the Marina district, reliving il pasquale Triduum, ie, the event Passion Christ, his death and resurrection. All this happens in an evocative atmosphere of the ancient mystical-religious customs of Spanish origin.

The rites of Holy Week involve all of Sardinia and the celebrations start on Friday before Palm Sunday with the procession of the Mysteries (Is Misters). In the emotional ritual procession are described the Deposition of the Cross, which in Sardinia is called “En Scravamentu” and the meeting between the statue of Jesus and the Virgin Mary: “S’Incontru” . Local fraternities are the undisputed protagonists of the event: the treatment of sacred representations, parading in costume with hood and singing religious songs in Latin and Sardinian.

In Castelsardo for example, is celebrated the event “Lunissanti” (Holy Monday). After Mass, which is celebrated at dawn in the church of Santa Maria, between the medieval streets of the small town, the apostuli (apostles) parade along with li cantori (singers). The singers are divided into three choirs that take the name of the songs they sing: Lu Miserere, Lu Stabat and Lu Jesu. Among the choirs there are other subdivisions that arise depending on the tones of the singers.
There is a very good book that I recommend absolutely. The author is Daniele Congiu and the title is “La chiave di Velikovsky” (The key of Velikovsky). It is very sardinian thriller, very endearing and facing, in detail yet intriguing and light, the subject of sacred music and religious symbolism. In the background they are also discussed other fascinating and mysterious topics, such as Ley lines, power lines spanning the globe and are revealed only in parts of Sardinia with specific electromagnetic properties.
The singing of the Stabat Mater, which is recorded in the book, reveals its sacredness, its mystery and especially its almost mystical perfection. “She was the mother,” this is the Latin translation of the beautiful sentence describing the most painful moment of a woman, a mother who was, actually “is”, with his son as he knows they’ll kill him. A slow and agonizing pain that shines through the songs with all their delicacy and precision. 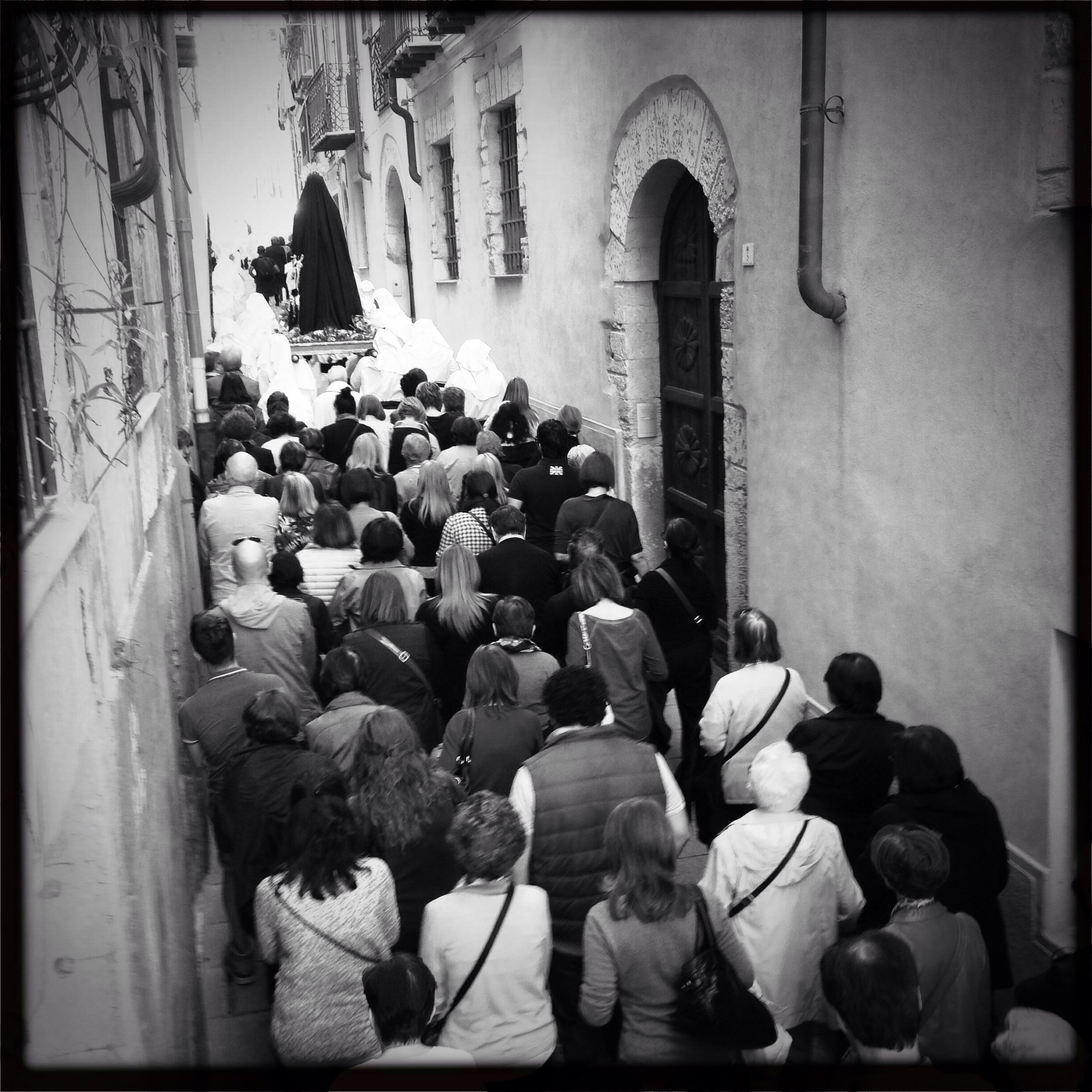 This is how it is performed the procession, singers alternate with the apostles who lead the Mysteries. At the end of the procession the Mysteries are set, depending on the order of arrival, before the altar of the Abbey of Our Lady of Tergu where the sacraments are celebrated.

At the end of the Mass, the festivities begin, and it is at this time that the sacred joins the profane and the arrival of spring is celebrated. Back, take the same exit route and the procession ends at the same place from which he had left in the morning, in the church of Santa Maria.

Also in the celebrations taking place in Cagliari, far more sense of Holy Week is the procession S’Interru, the funeral procession of the dead Christ, which is followed by the Madonna (the Virgin), and brought to the cathedral of Santa Maria.

The lively participation of the people in the events of Holy Week, emphasizes the authenticity of an event that everyone feels, believers and non. Attention to the traditions, the layman who joins the sacred, the expressive power of choral singing and music, revives in us the pure emotions, so that as spring returns each year and regenerated.

Through these photographs the intense emotions of which I speak are perceived. I think is the best way to wish you a Happy Easter and to accompany you, once again, on a journey through the traditions of our land. 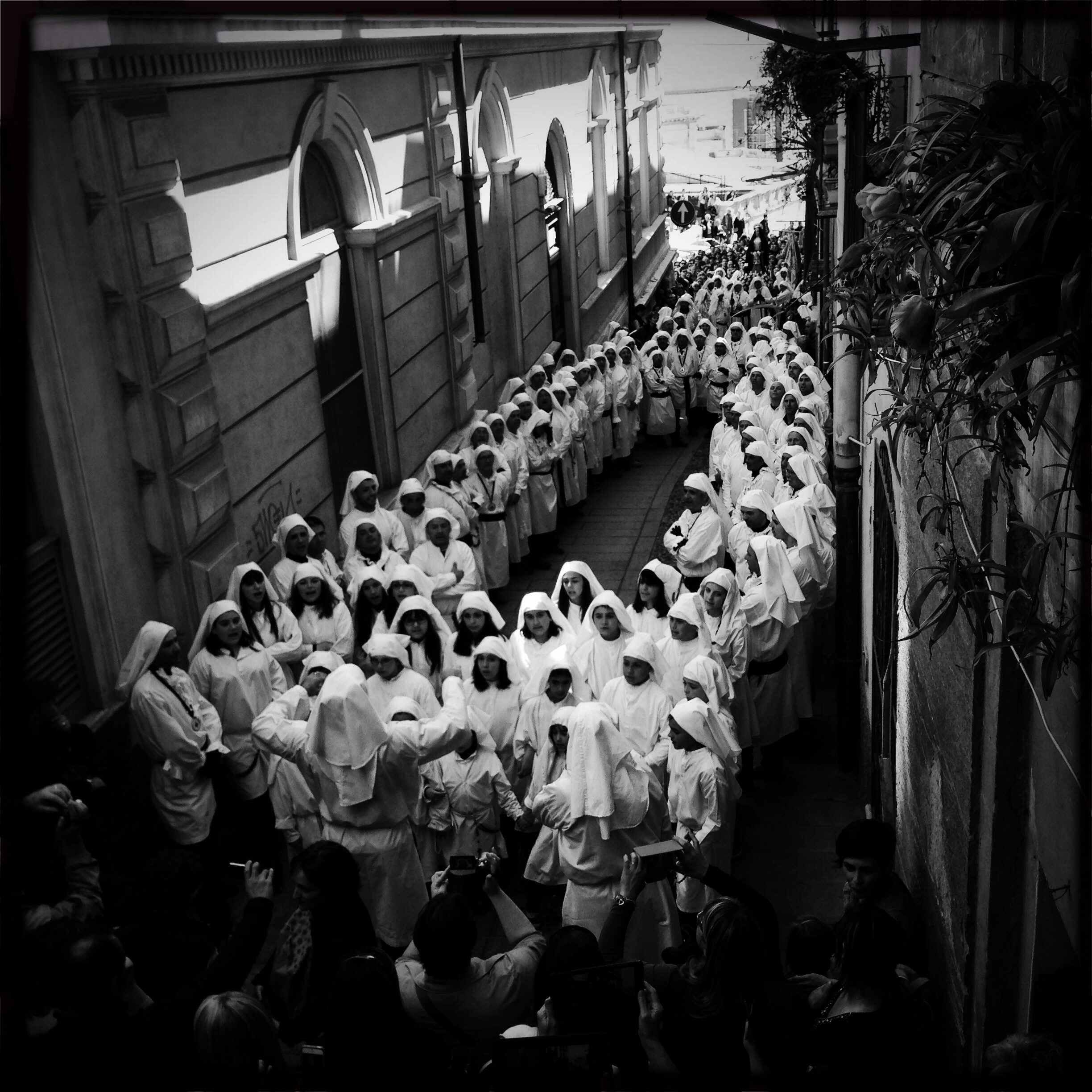