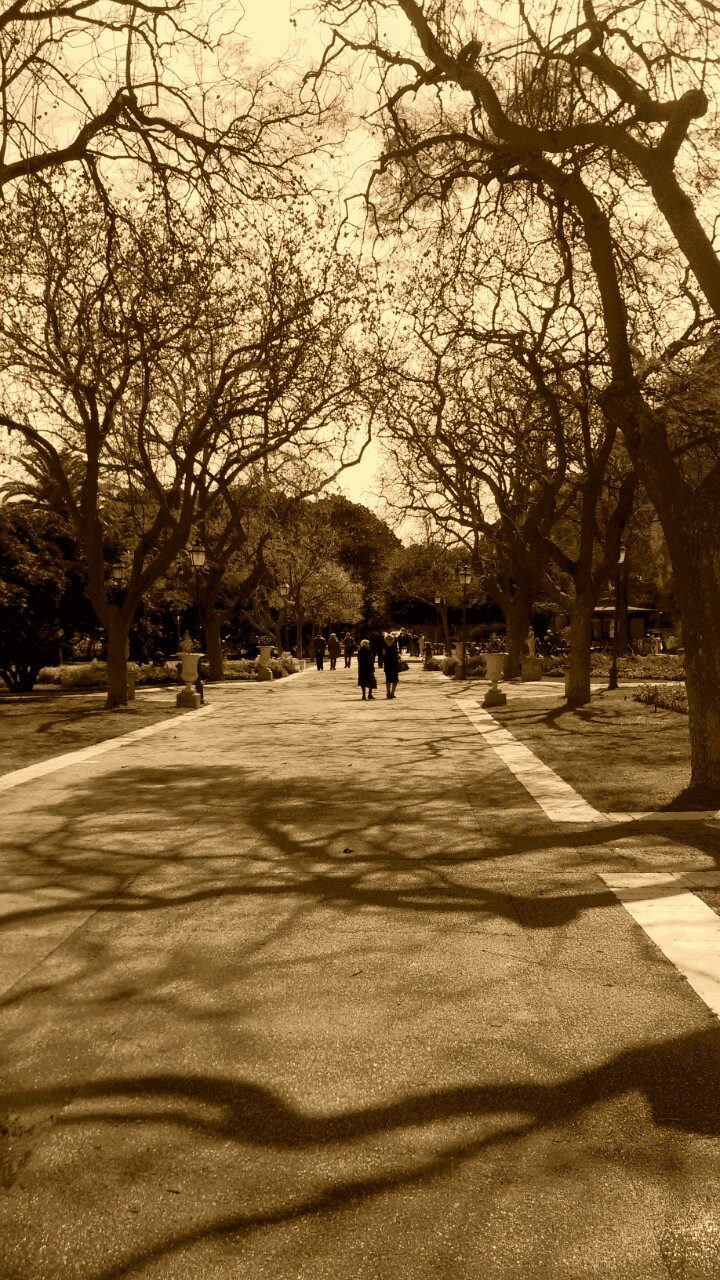 From my city, I like to talk about the places related to the memory of my childhood or a place that is specifically tied for several reasons.

The Giardini Pubblici (Public Gardens) Cagliari represent one of those places where I was often with my grandmother. 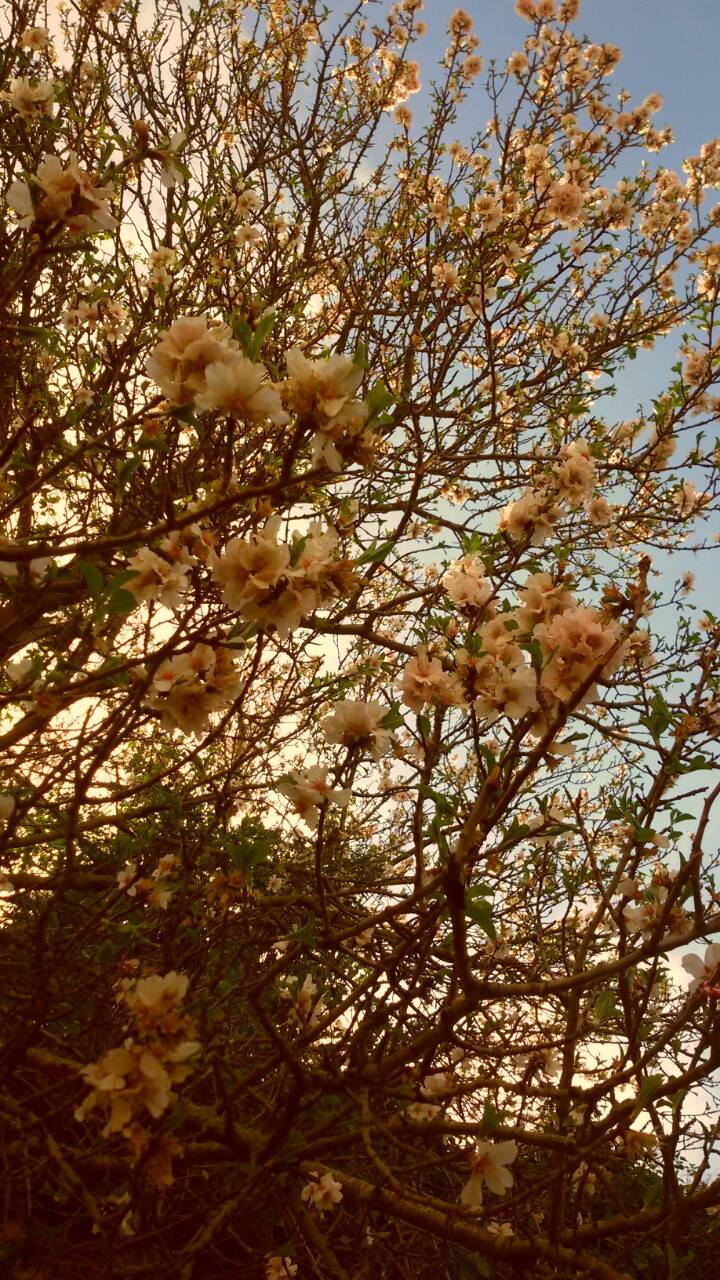 It is the oldest gardens in the city: acquired by the city of Cagliari in 1839 and belonged to several viceroys of the Kingdom Sardo-Piemontese. The long tree-lined avenue is the entrance to the permanent galleria comunale (municipal gallery) of Cagliari. Previously the building was the old tinderbox real arsenal, and today houses a private collection donated to the city by Dr. Paul Ingrao and a civic collection of various Sardinian artists of the early twentieth century.

In the past there were some enclosures to house various animals and was created like a small zoo. Today, instead of fences, there are two major sources with central jets. Oak trees, occupying the boulevard, were gradually replaced by the vivacious Jacaranda trees.

Continuing the way along the main street, we ascended a staircase leading to the top of the gardens and where it meets one of the most beautiful avenues of the city: Viale Buoncammino. To the left of the white path, due to limestone rocks, it is the small church of San Lorenzo, built in the Pisan time of the twelfth century and dedicated to San Pancrazio. When I was little, I often went on Sunday with my grandparents. We attended the Mass celebrated by the  sympathetic Monsignor Sini . After Mass, I remember as children looked forward to the time when Monsignor Sini was heading toward the back of the church and called us  in row to give us chocolate bars.

I remember those moments with pleasure and with great tenderness: I think of my grandparents, their simple life, good people, their habits, their faith rather belonged to a culture transmitted by the family, than a sense and true credo; and I remember my grandfather 127 metallic blue: the care dedicated to the car and often made me think that it was actually even metallic and glitter was simply due to the constant and obsessive cleanliness that gave him. I remember so clearly the profile of my grandfather, the right image of him as he drove with his hat, his noble profile, high cheekbones, a thin nose and those characteristic traits revealing his undoubted Friulian origins … was handsome, in fact, very handsome! 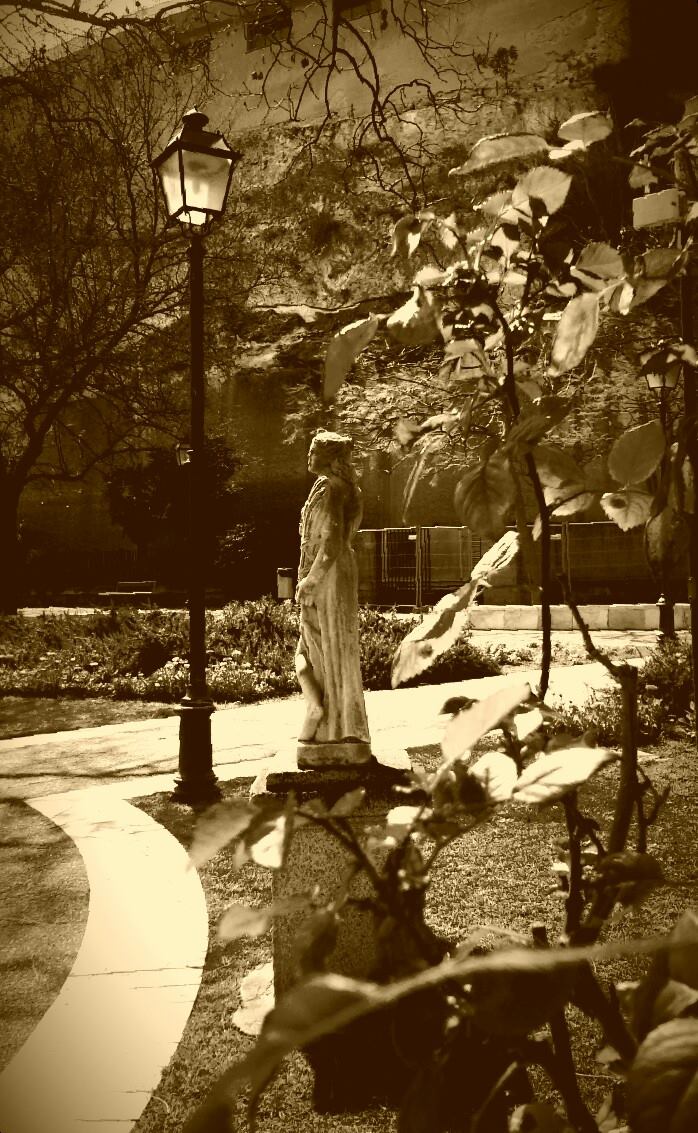 Opposite the church of San Lorenzo, is the Buoncammino jail. Until a few years ago he was still active, and boasted an important record: no one has ever escaped from this prison.

What impressed me as a child, when we leave the church, it was hearing the voices of the prisoners called their relatives and as waving their arms through the narrow slits of windows prison. My grandmother told me that on Sunday – day visit – the family gathered in the courtyard of the prison to give a final farewell to the detained relatives. I was impressed to witness these scenes, thinking about your daily life, so different from ours, seeing the clothes hanging from internal and asked me, in my naivete of a child, as they managed to do if they could not open the windows. 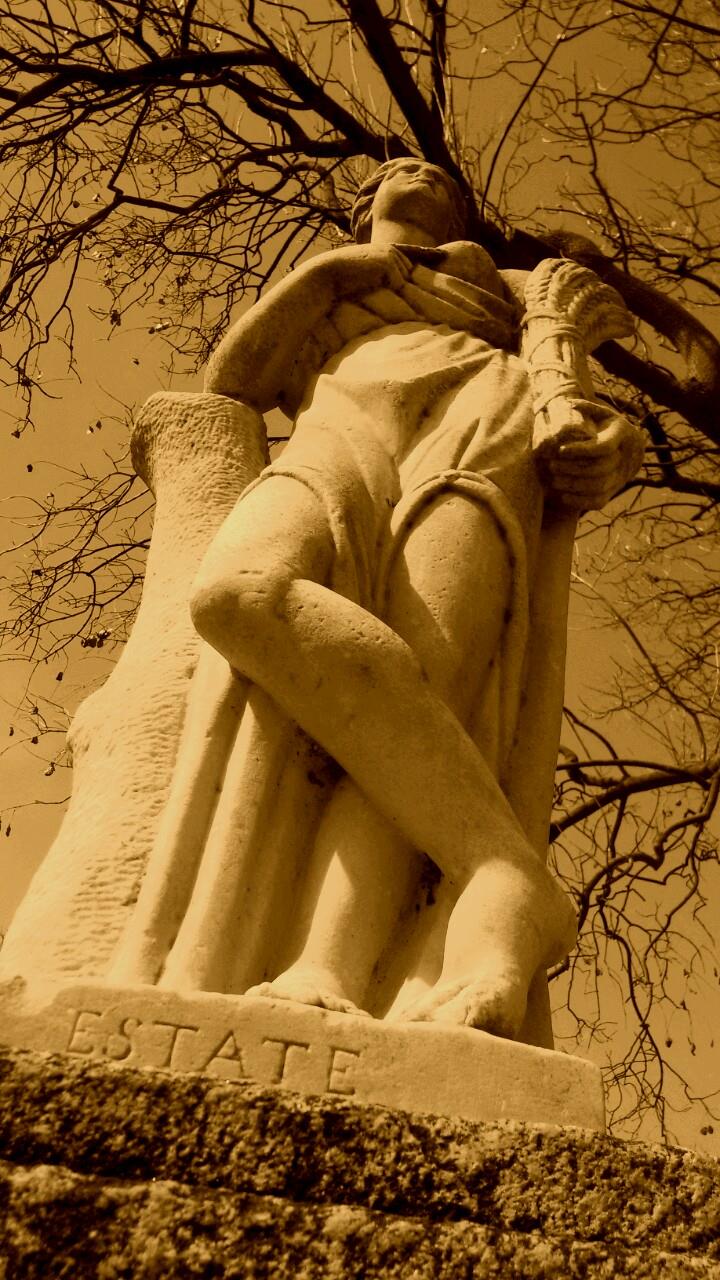 The gardens, as Buoncammino area, have not changed much since. It is very common to find their fans spend hours sitting every morning, reading newspapers and exchanging any small talk with each other; Often will meet the parents who take their children to play, or young people reading lying on the grass or sitting on benches. 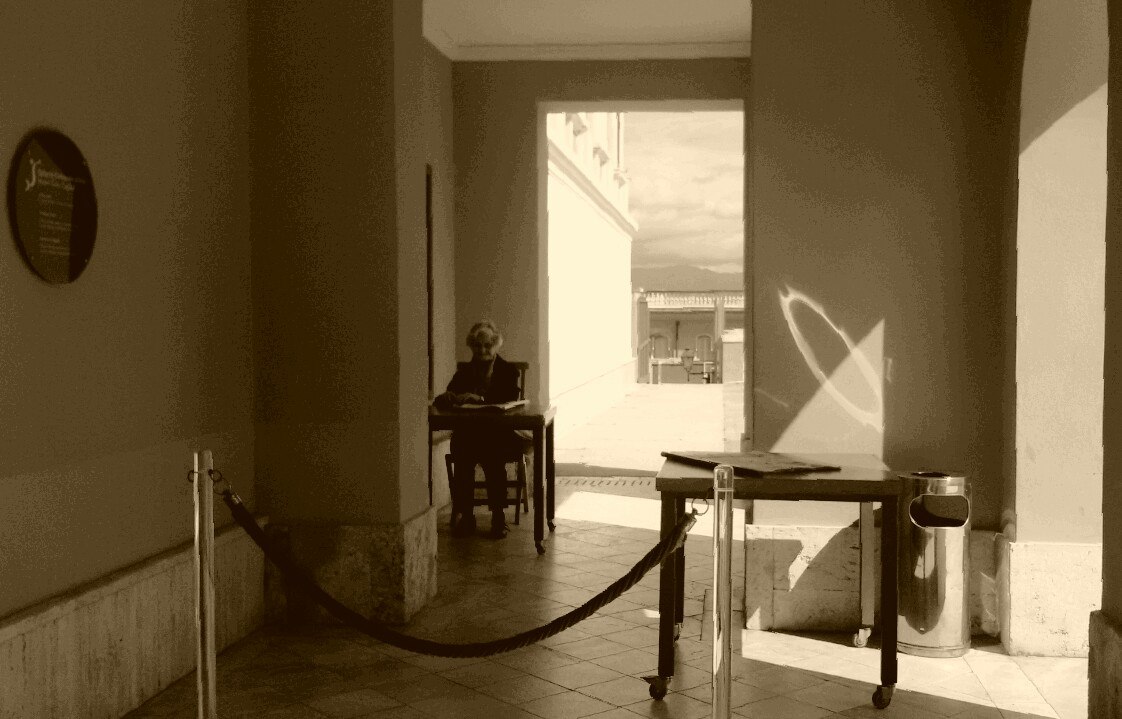 I always like to return to this place. When I can think back on the garden paths and the road to the church, I can easily imagine the scenes that I lived as a child. What I feel is a mixture of nostalgia and many emotions for the past days, for the simple everyday life, with plans scheduled but never rigid, neglect of those evenings and the sense of security felt among the huge branches that reach earth from the centenary and paternal ficus. Then I remember the laughter, fun, friends, encounters with other children and sadness when the time approached to go home. I promise that when I become “small” I will do everything as is, without omitting nothing to remember and relive everything the same way! 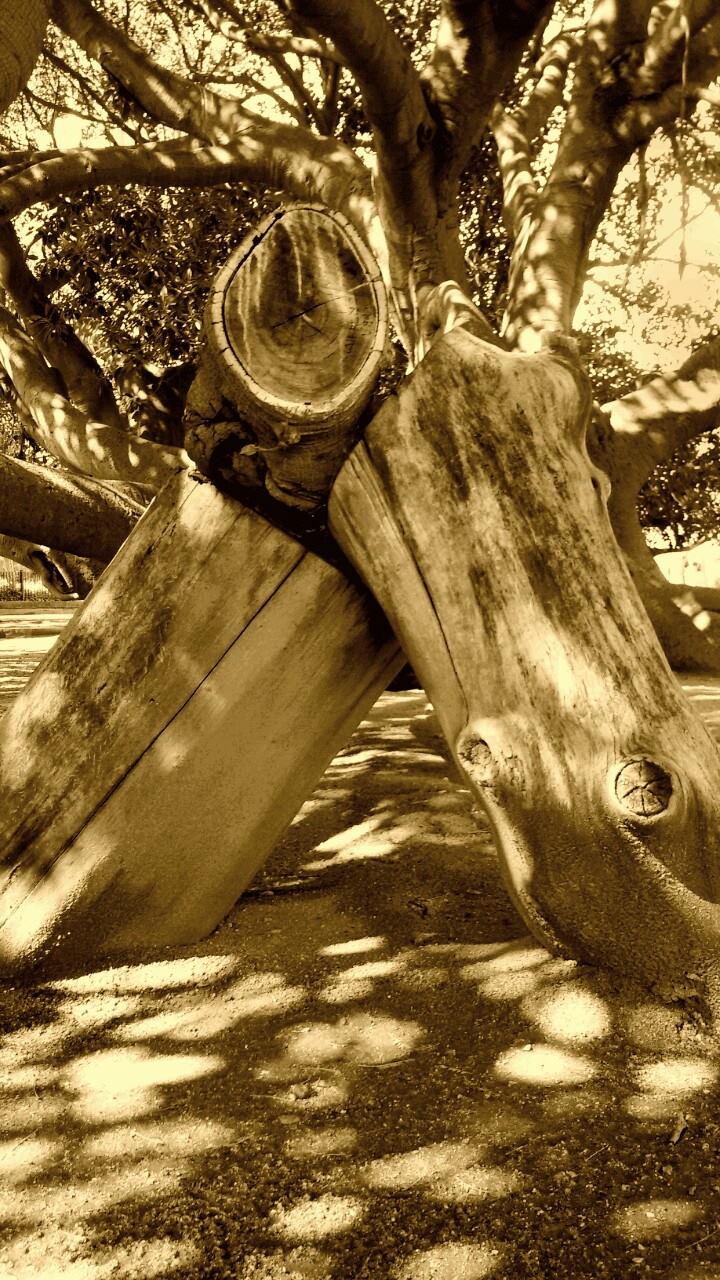 Comment of the tourist: Probably by the nineteenth century environment floating in every corner of public gardens, for some years, the last Sunday of May, is held a costume party called the Grande Jatte. Although the name refers to the eponymous island of Paris, the Seine and the artistic work of French painter Georges Pierre Seurat, the party has a perfect Victorian style. Basically it spends a whole day of fun on a trip in time, for those who want to dress in period costumes, a picnic on the lawn, taking the classic afternoon tea and children participate in old games like badminton.

It is a curious activity that can enjoy those who are in a casual visit to Cagliari at any time of year. Admission is free and there is no mandatory requirement to dress in period costume. Let’s say the only suit that we always recommend bringing in Sardinia12 is the swimsuit !!! 😉

The public gardens open early in the morning (at 7 am) and close at night at 21h. In summer they are open until 22h and open even earlier, at 5h am.

They are in a focal point of the city, at the foot of the Castello district. From the entrance to the public gardens, in fact, you can climb to the Pisan tower of San Pancrazio, the Citadel Museum, where the giants Mont’e Prama and the Archaeological Museum of Cagliari. From there you can move to the already mentioned Boulevard Buoncammino from where you can see one of the most fascinating and most beautiful views of the city, or you can drop down and get to the heart of the medieval quarter of Castello.

It is always recommended to take an aperitif at sunset. There are many places in the area where you can have a snack outdoor overlooking Cagliari. The most famous is the Libarium. But for those who want to follow the advice of the Sardinian tourist naturalized now, at the beginning of the Buoncammino Avenue, crossing the threshold of Santa Cristina, there is a very nice kiosk outdoors, where one can sit and have a drink. The atmosphere in my opinion, without detracting from other places in the area, it is much more relaxing and more authentic. 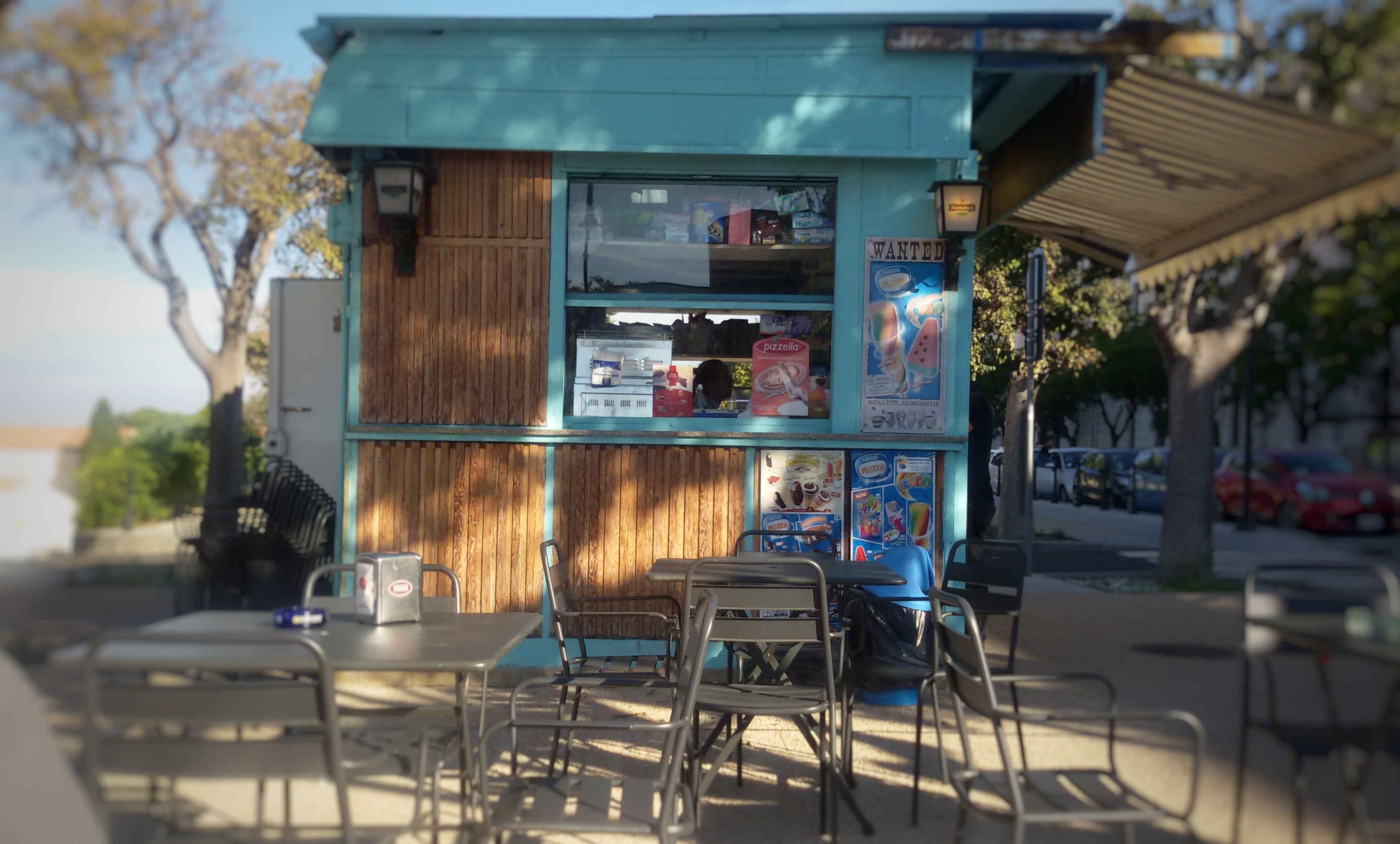 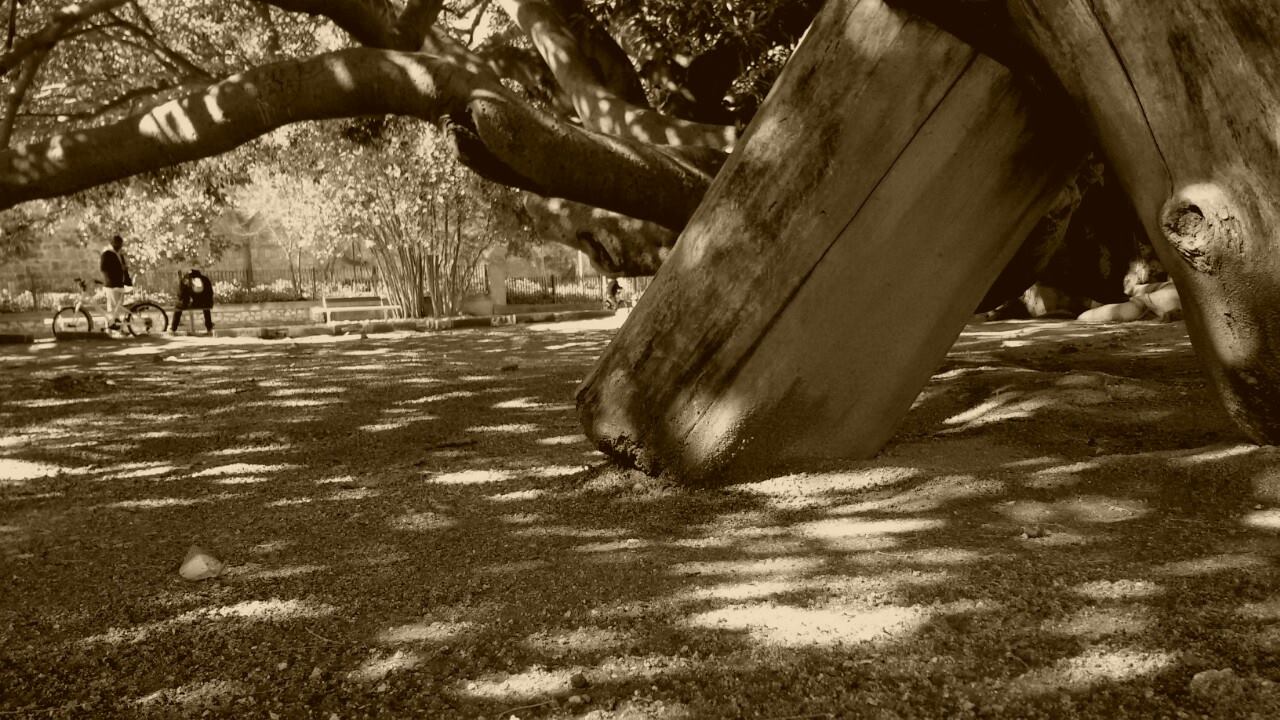