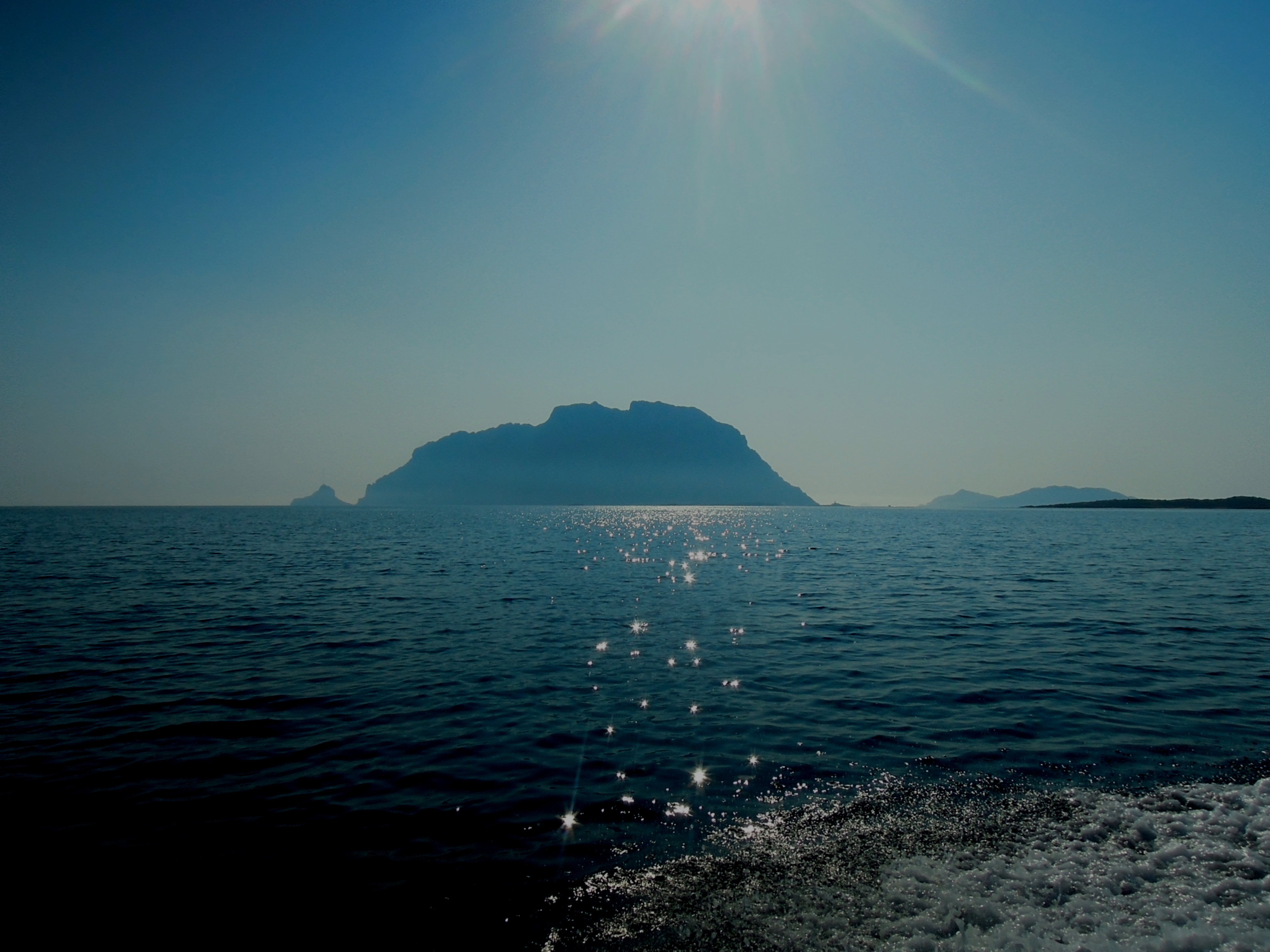 Anyone who says that the dinosaurs became extinct, should think again.
Proof of this is the existence of Tavolara.
Tavolara with its cunning and harmless greatness has always seemed a dinosaur mom lying protectively hugging her cub.
Excess of imagination? May be. But I am convinced that when you go to visit the island (which absolutely must pass), if you had the opportunity to read these lines, I think that you will give me some reason. I spend hours looking at her, and in a sense, is what I do every time I’m there. Tavolara is close to Olbia. Porto San Paolo is the closest village from where you embark to reach it.
“This island, the old Hermaea, frequented by the Romans, who extracted the purple mollusk while fishin , is the largest of the coast. It was somehow given by the King of Sardinia, a Corsican shepherd … the only man who lives with his family in the wilderness being. This shepherd-king is to his subjects sheep and mountain goats … harvested wheat on the shores of the island and enjoys a certain degree of prosperity.”

This extract is taken from the book of Antoine-Claude Pasquin known under the name of Valery, who in 1834 lived on the island and wrote Viaggio in Sardegna (Trip to Sardinia).


Valery was also impressed by the royalty of Tavolara, and I think not only by the presence on the island of his king.
When the writer speaks of the King, he refers to Giuseppe Bertoleoni Liguria. Escaped from Corsica, Mr. Bertoleoni moved to Tavolara in 1807. Together with his family, was really the only inhabitant of the island. They say it was Carlos Alberto who made him king. Today the island is still the heir to the “dynasty” of Bertoleoni, called Tonino and has a restaurant which is no coincidence is called “the king of Tavolara” .

The story of the king of Tavolara certainly has its own charm. But what captured me and hugs me with a passion for this island is the island itself.
Tavolara is almost 600 meters high. It is a marine protected area since 1997. The rock is mainly limestone, but its peculiarity is that it rests on a granite rock substrate. In the two main ends, you have two heads. The Northern Cape is represented by the tip of the Pope (named after a rock whose shape resembles that of a pope); and on the west side of the island is the Punta Spalmatore. In Punta Spalmatore fishermen moor there to “spalmare” (expand) the fishing nets.

The vegetation is very dense. There are various species that inhabit it, and some really special are the goats of gold teeth. When Mr. Bertoleoni came there with his family, he immediately noticed the presence of many goats and some teeth were gold color. Of course it was not gold. The color was simply because of the yellow from helichrysum flowers which goats are greedy and to force stained teeth chew.

Aside from anecdotes about the history of the island, I always find a good excuse to go to Tavolara. And this time I have to say that the reason was very good. I finally realized a desire I had for long time. After years I have attended the Tavolara Film Festival. “Una notte in Italia” (one night in Italy) is promoting a film festival that takes place every year in mid-July for 25 years. The festival lasts a week and involves several locations in the area such as Olbia, San Teodoro, Porto San Paolo, and end in Tavolara.
It is an opportunity to meet the actors, directors, producers and emerging artists promote their work and entertain the public recounting the experiences during the shooting of the films. 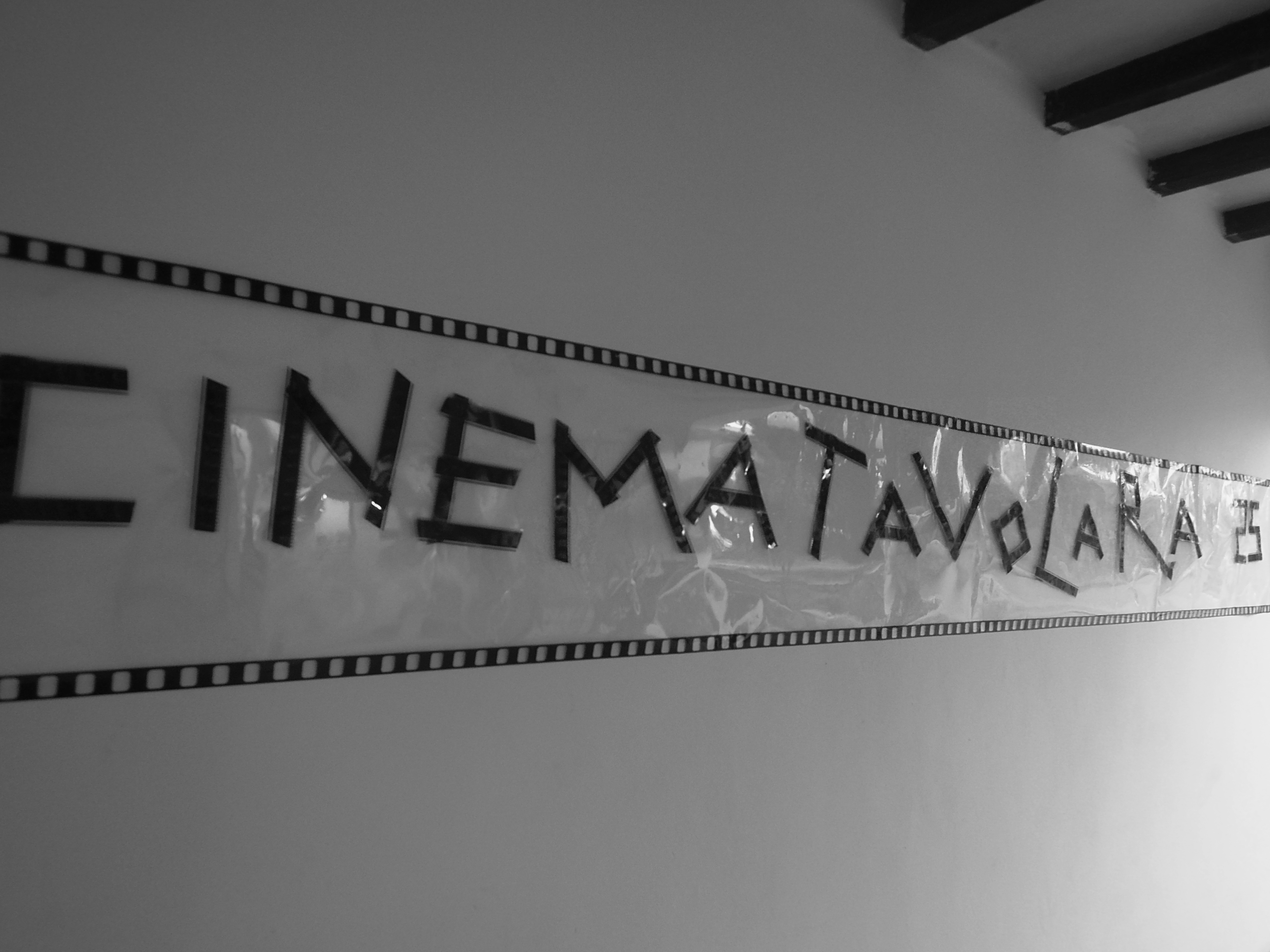 Then there are the projections and Tavolara, for the occasion, becomes a cinema outdoors and a lovely place, with an unforgettable atmosphere. From Porto San Paolo at 18:00 ferries depart. The real thrill is seeing the opposite island, and see how it gets hotter and bigger. It takes about twenty minutes to reach the mainland and at the end of the projections, they take you back.

But if Tavolara is magical and sublime at night, during the day it is even more. During the weekend of the festival, my accommodation was camping. I  known the Camping Tavolara for years and I have always felt very well there. Within the campsite there is a diving center. With the guys who manage it I did a nice boat ride. We went in a group and the trip takes 4 hours. The main goal of course is the island of Tavolara, but first stops in other small and beautiful coves.

The starting point is Cala Finanza. His particular name refers to coal smuggling  practiced in the past. Even today, there are traces of dark sand that testify the passage of coal into the hands of smugglers.

Then we went to Cala del Dottore (Cala del Doctor). The guys from the dive center always have interesting stories related to the history of the places we’ll find. The name of this creek, for example, refers to the pharmacist from Olbia who build his house in this little pearl. 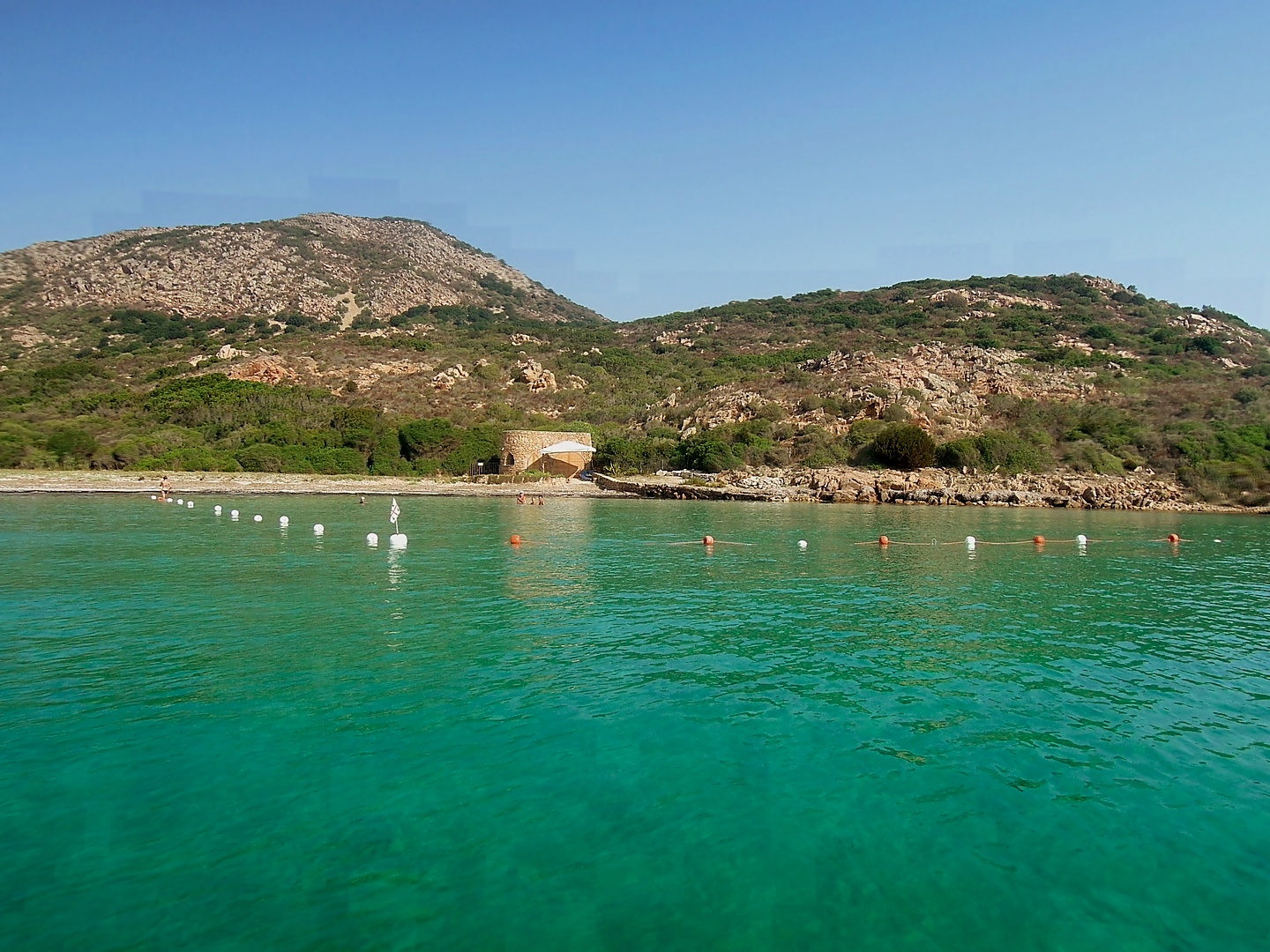 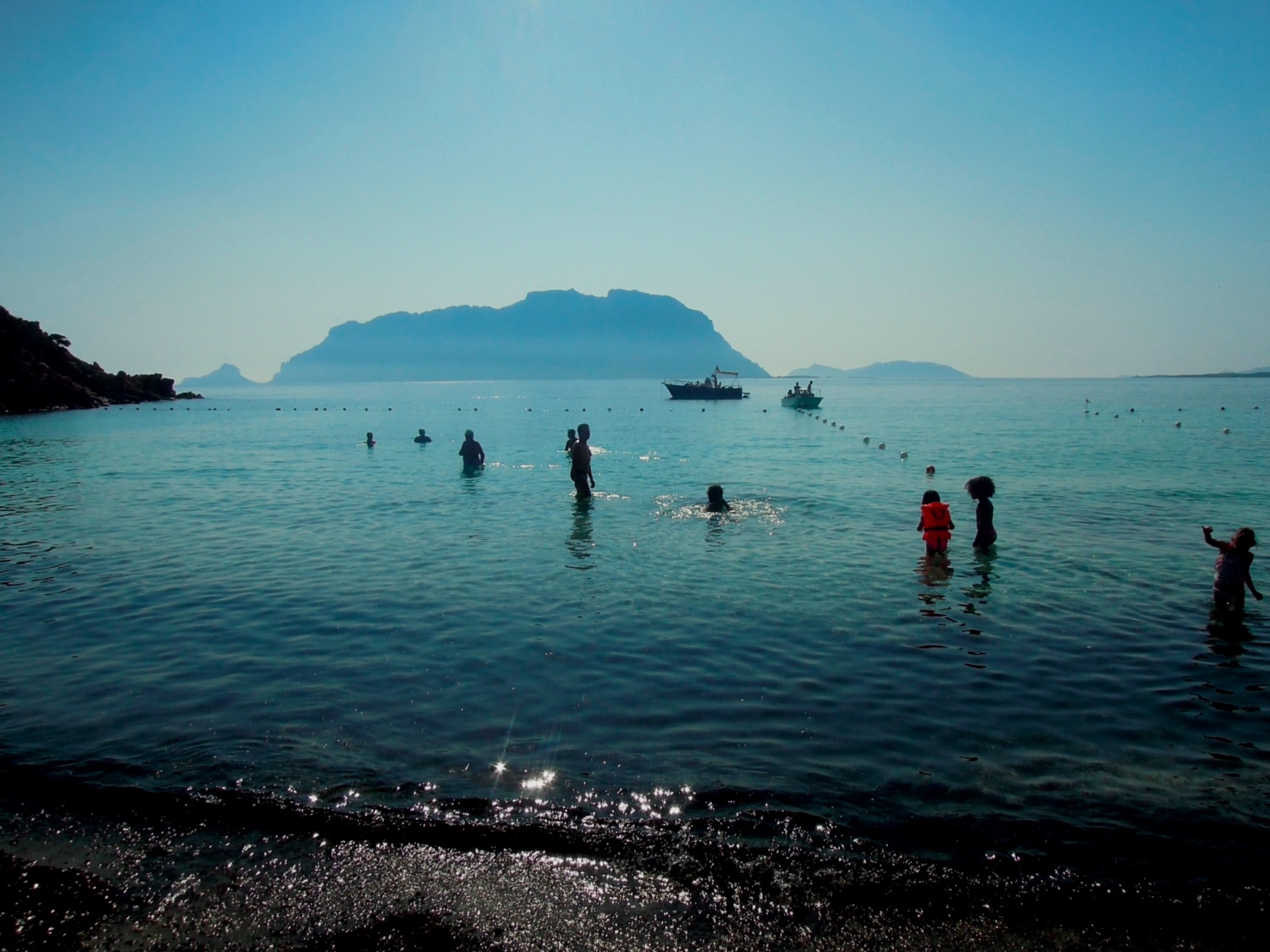 About Tavolara, besides the small whitewashed cemetery where the tombs of the kings of the island and some islanders are, our guides told us about an interesting archaeological pre nuragica area from copper age that is near punta Spalmatore. It is still under study, being carried out some very important excavations. 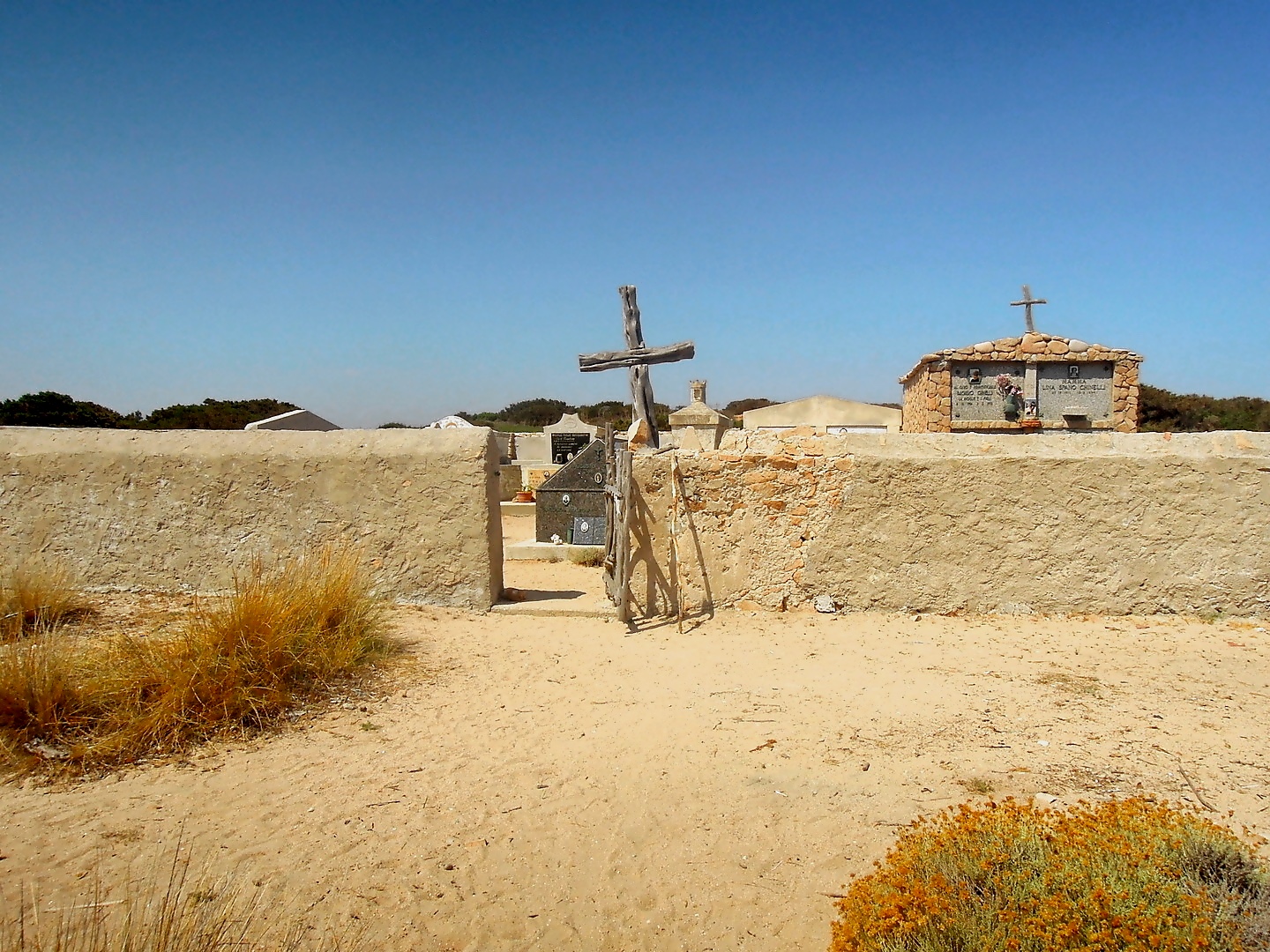 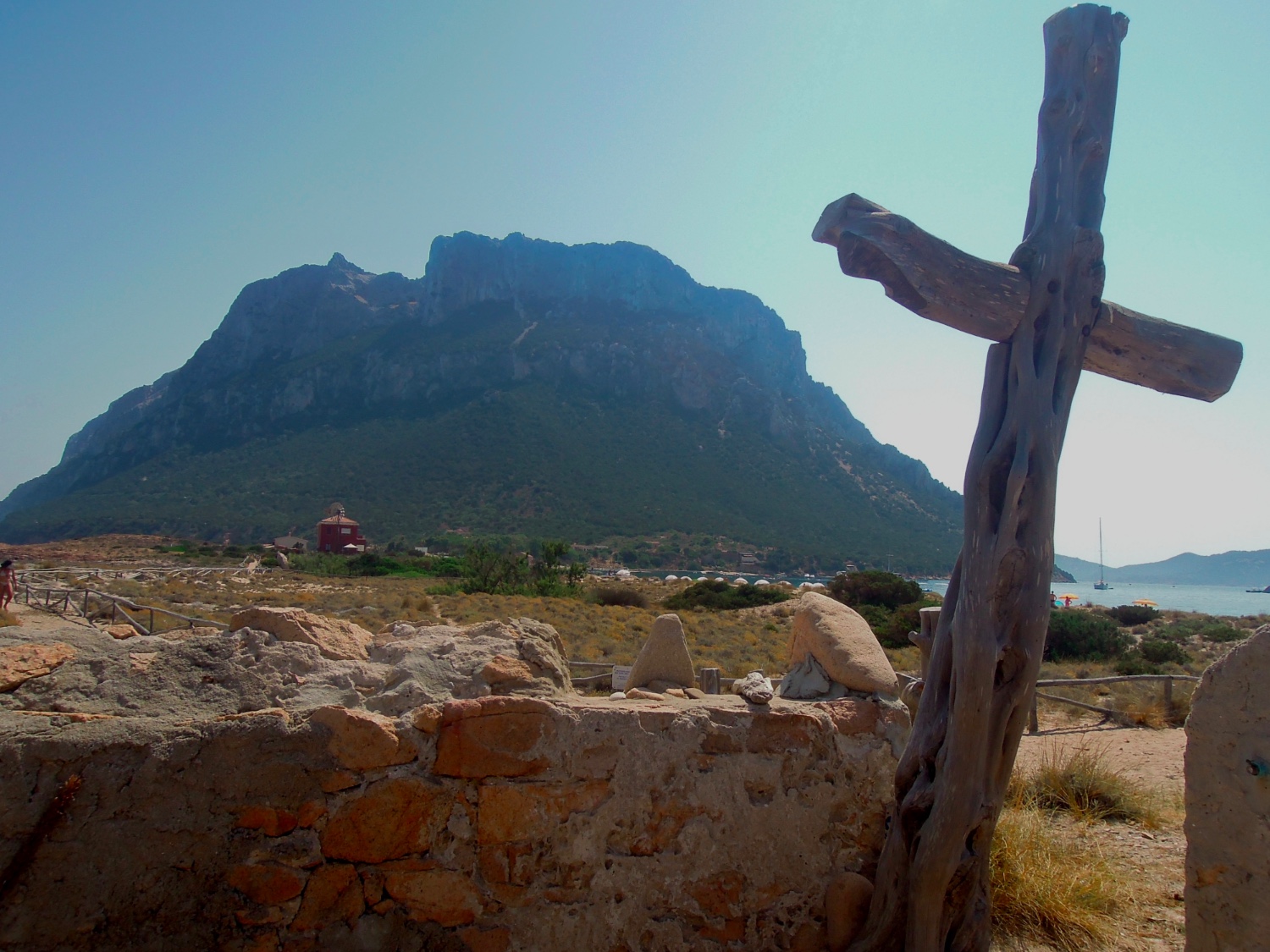 Before finishing the tour, we stopped in the island of Molara.
Molara, with Tavolara and Molarotto delimits the small archipelago enclosing the tip area called coda cavallo (horsetail). Molara Island is privately owned by a family that was once also owned a large part of the Costa Smeralda. Access to the coast is allowed, but if you want to deepen and visit, you must obtain permission from the custodian of the island.

On the way back, before greeting Tavolara, almost instinctively I went to the panoramic terrace on the village Coda Cavallo. Following the signs along the beach towards capo coda cavallo, once you reach the start of the slope leading to the beach, if we continue climbing upwards we can park the car. Once there, follow the signs to the Bellavista Bistrot. At this point you should not do anything but enjoy the wonderful spectacle.

Returning to mention the undisputed queen of this article, what surprises me about Tavolara, is always the different picture that offers to its visitors. From any angle you look it, brings you a soft  and comforting image that accompanies you, always. As I said, I would be watching for hours. Without doing it on purpose, it seems to have an innate Tavolara royalty. It lends itself to be a kingdom and queen at the same time. Here we go again with fantasy … I talk to her as if it were a person or a living creature! Maybe I should stop doing it … !! ?

Comment of the Tourist: Tavolara is a great place. But as almost always in places that are tourist attractions at a certain level, the services offered are sometimes questionable. The beautiful terrace restaurant Bellavista for example, offers a range of services including a restaurant and bar. Prices are very expensive and is somehow “justifiable” so when you consider that we are in a place with stunning views. 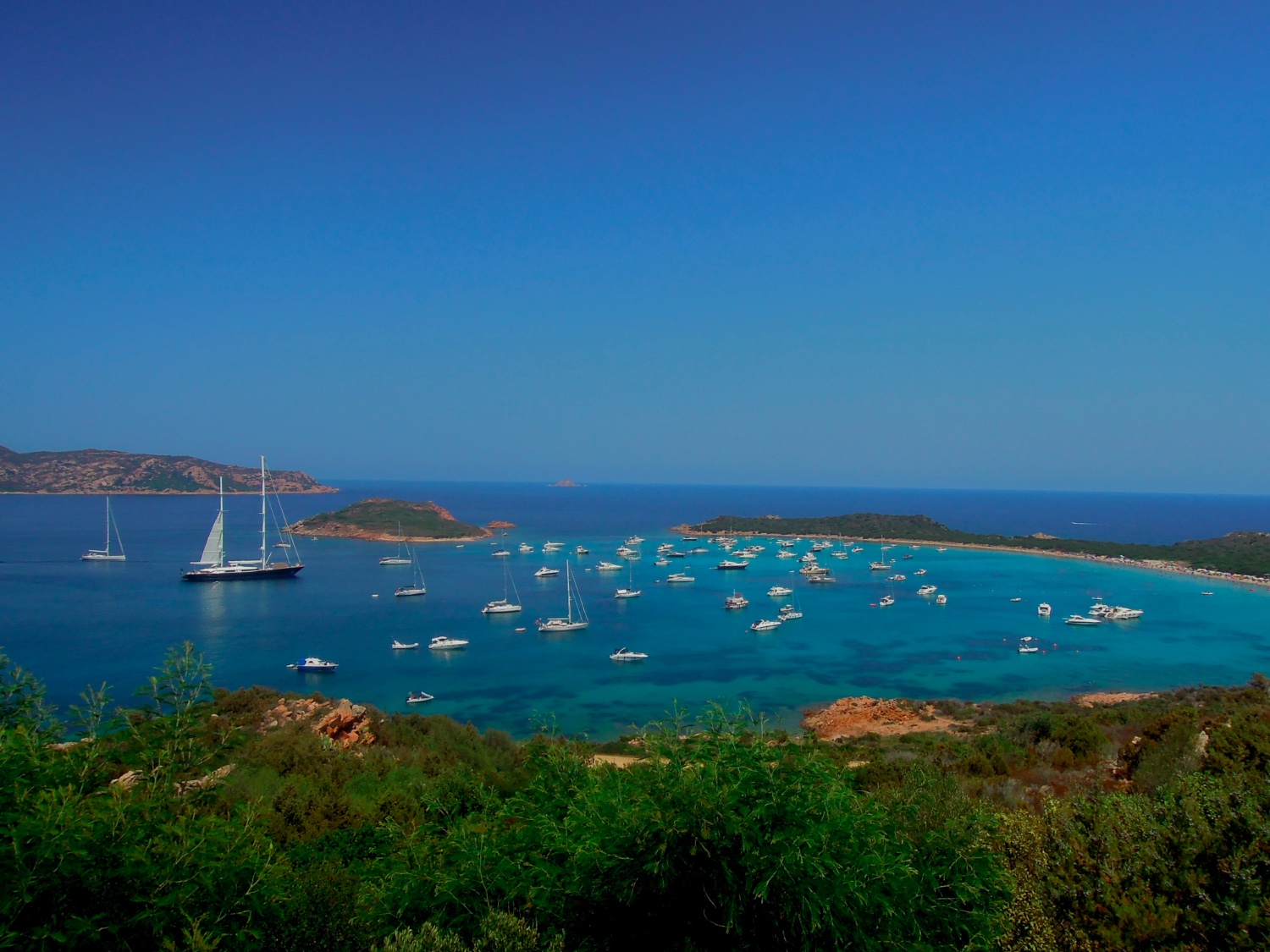 But what is a little “less acceptable”, it is to find the same treatment as in the “Emerald Coast” where also other places do not measure up.
For example, the price of the crossing to the island to attend the screening of the Tavolara film festival, costs 16 euros. It would be completely understandable, if not because the organization can sell tickets overbooking (excess of reserves), then you run the risk very often being forced to see their projections standing or clinging to a wooden post, looking for best place. Also, if you want a drink in the bar at a consistent 33 cl bottle of beer and a packet of crisps, you end up paying twice and I do not know a logical reason why.

Fortunately, however, they are the beaches and the sea that make you forget every little inconvenience created by man, and therefore allow enjoy the beauty of the place. It seems done on purpose, but every little corner has wonderful waters. Water clarity is due to the presence of granitic rock (which leaves no sediment).

And so, it seems useless to talk underwater spectacle that give these waters. So again, we give the usual advice to procure a good diving mask with snorkel!

Part of Punta Coda Cavallo retains a number of beaches and coves that are absolutely wonderful to explore. Capo Coda Cavallo it is wonderful! The ticket price is 1.50 euros at first hour, then 50 cents the following. The beaches of Cape Ceraso, Punta Don Diego, where it is the same Cala Finanza are just as beautiful and free; (Only in some perhaps we should pay for parking, but the prices are very affordable).
Cala Brandinchi, has a limited number (a maximum daily capacity of 200 people); Tahiti is nicknamed the transparency of its waters. Punt’Aldia and Impostu Lu are two other masterpieces.
If you prefer to be in greatest beaches in the San Teodoro area, it is the long beach of La Cinta. Or, near the Camping Tavolara it is Porto Taverna. Beaches are all easily accessible. The indications, once you are in the area, are easily found.

If you want to take a boat ride to the beaches of Tavolara, it is interesting to see the wreck Klearchos. Sunk in the summer of 1979 because of a fire that occurred on board a few miles from the coast, the remains of the wreck they give an interesting dive site during the summer. 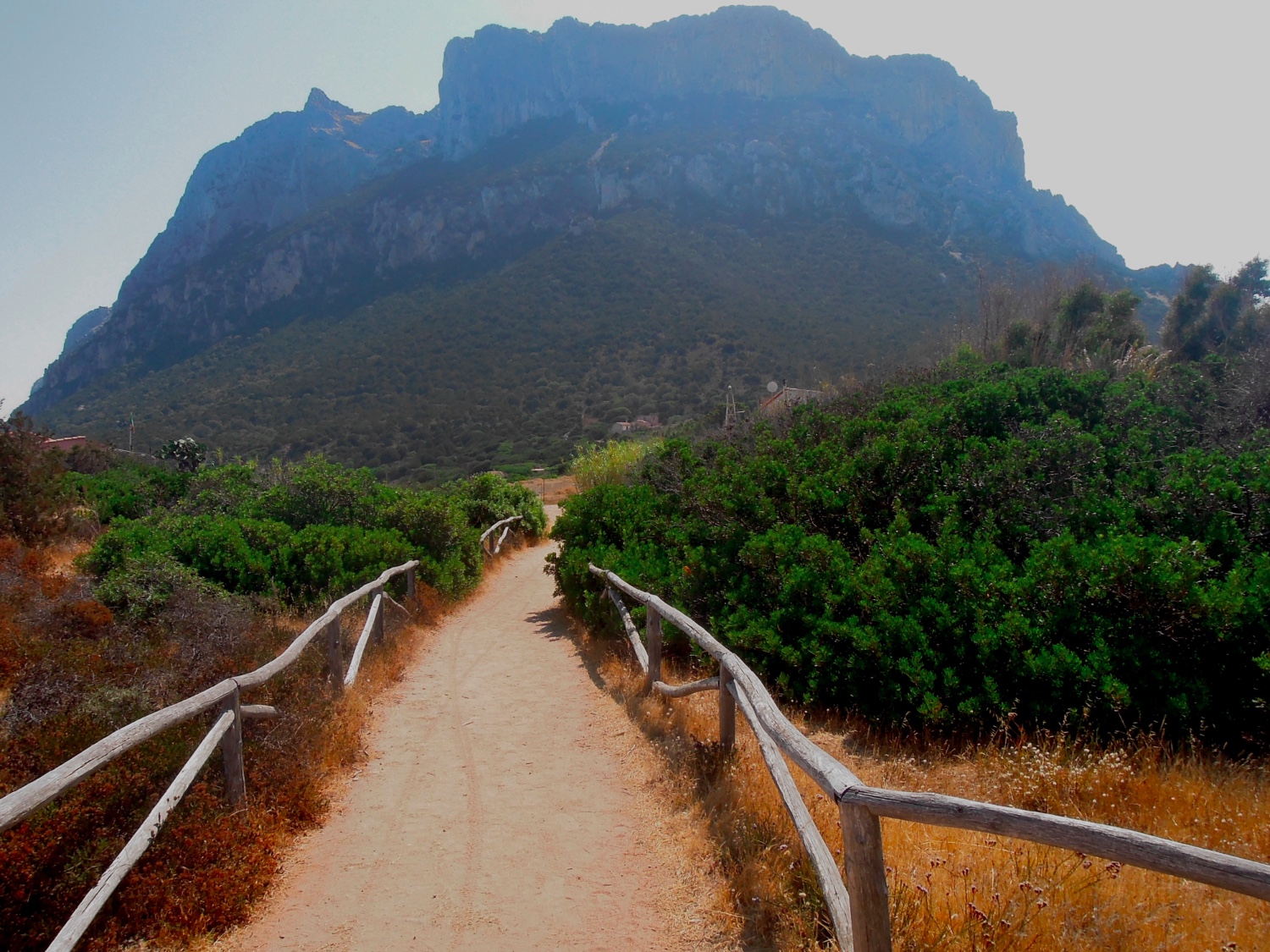