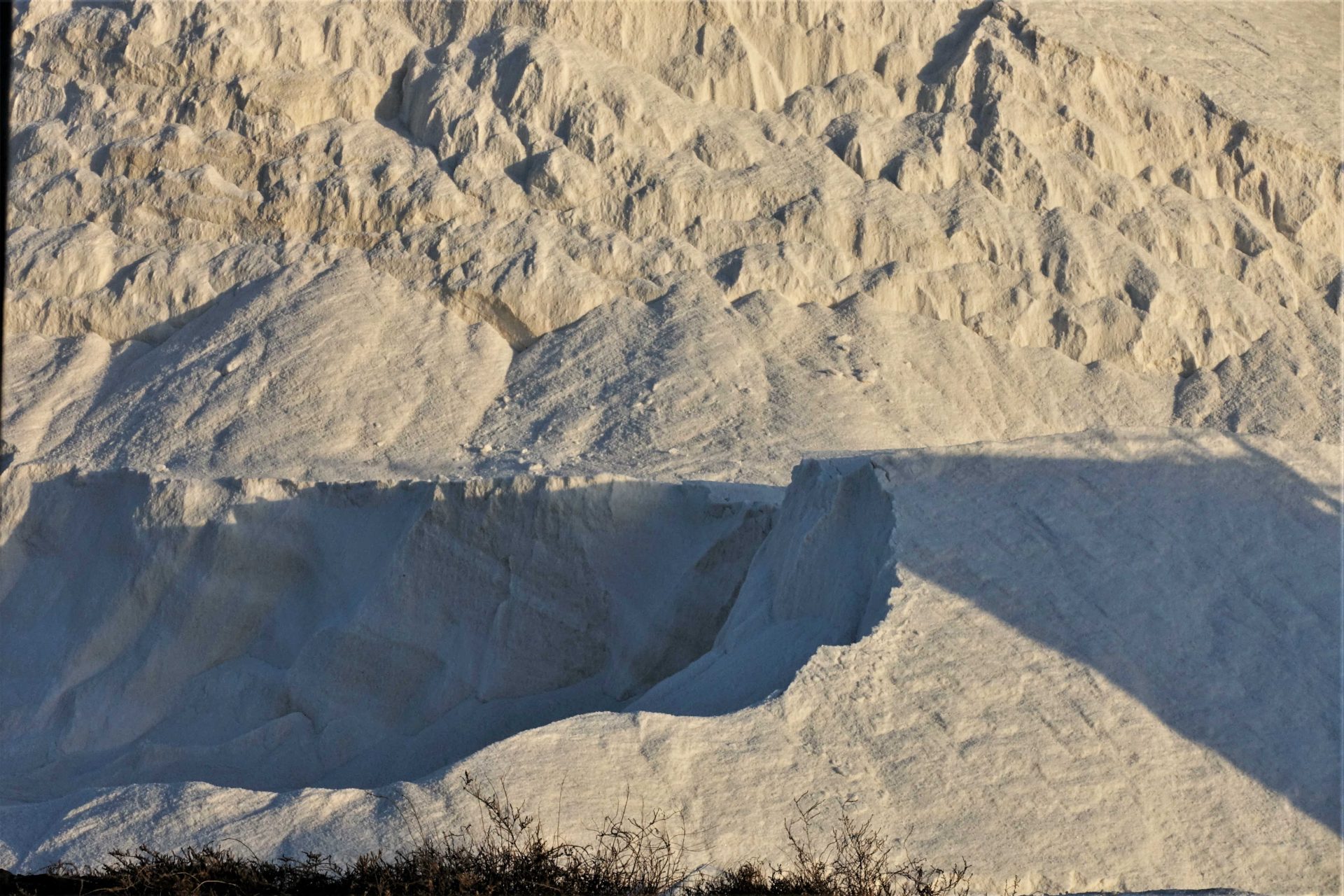 It’s true, we’re at the right time, but the cover photo, is not a mountain of ice, but rather of salt.
In December I visited the Saline Conti Vecchi. I took this photo from the tourist train while it took us around the large plant that is located a few kilometers from Cagliari.
The Saline Conti Vecchi, are an example of how Sardinia, in the past, has experienced periods of great social emancipation and an economic and industrial development. 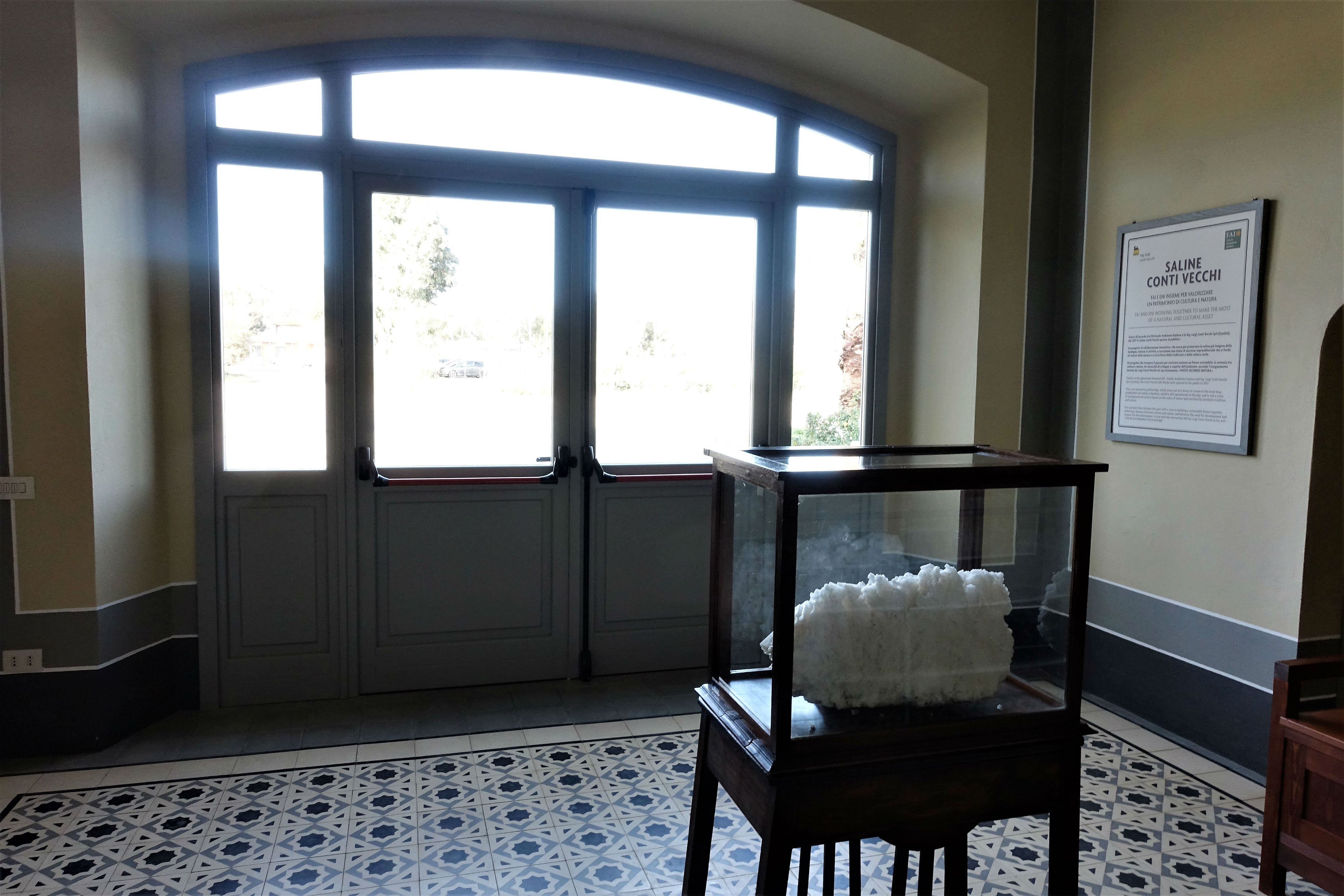 Even today, they are in operation and keep intact the charm of a past that has much to tell.
Entire families lived in the so-called “salt village“.
This project was from the engineer Luigi Conti Vecchi.
Luigi Conti Vecchi was originally from Tuscany; in 1919, after fighting during the First World War, was involved on an ambitious pond reclamation work to eradicate malaria.
Malaria, especially in Sardinia, has been for a long time a real social scourge that made its appearance on the island more than two thousand years ago.
The disease was transmitted by the female mosquito of the Anopheles species; the proliferation of the insect was favored by the humid climate and the ideal habitat that in Sardinia certainly does not lack.

The project of the salt pans was welcomed by the whole community and in a few years it became a very large eco-sustainable and avant – garde production plant. 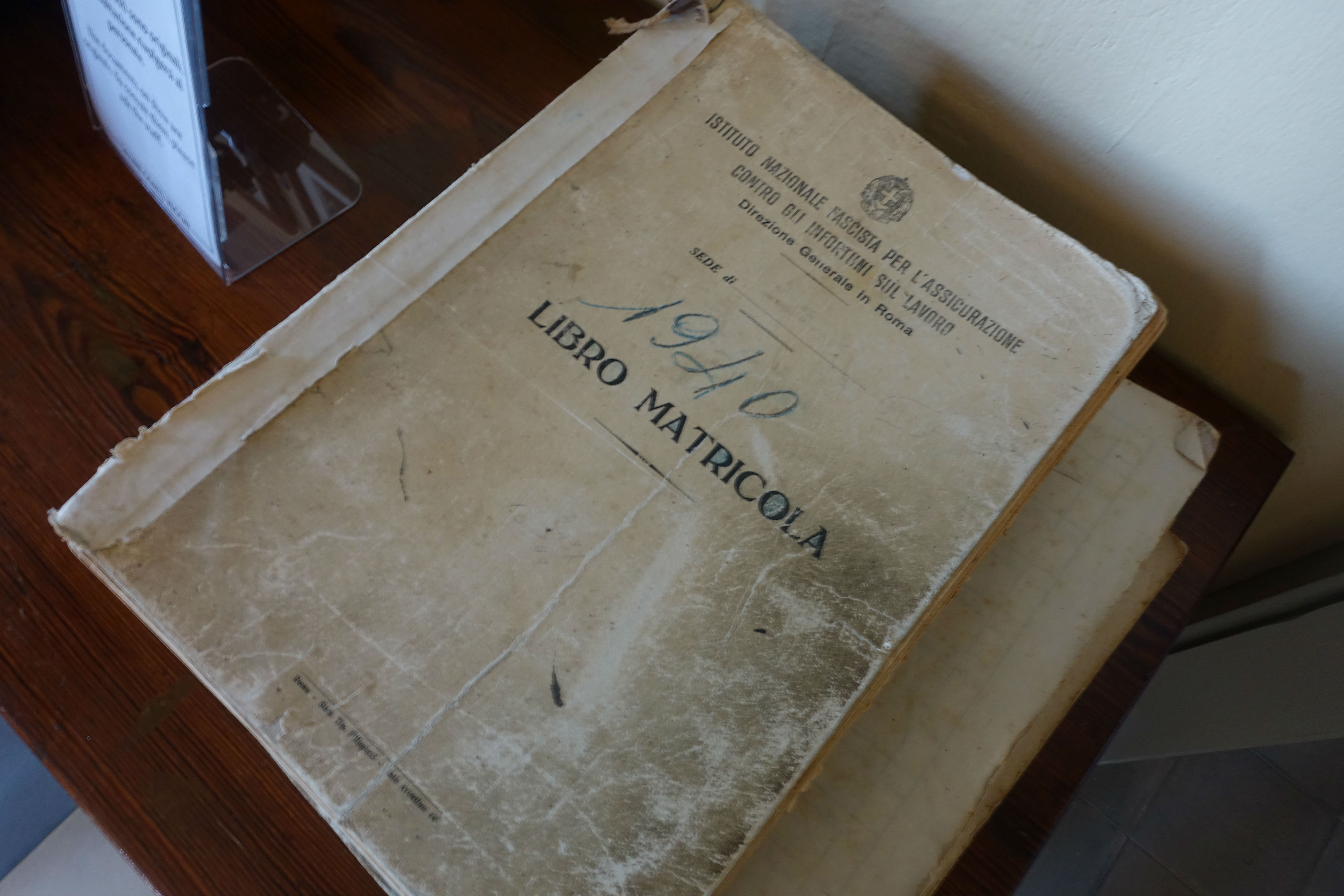 The “salt village” was equipped with schools, churches, houses and special facilities to accommodate the families of factory employees and managers.

A real microcosm was created, a virtuous example of a flourishing industrial reality that grew up in a depressed area of the island.
The history of the Saline is told through videos that are projected inside the restored buildings that, in the past, were the salt processing centers. Through the images and the narrating voice are described the salt production techniques, the plant, its architecture the exceptional naturalistic heritage of the point where the whole area is located. 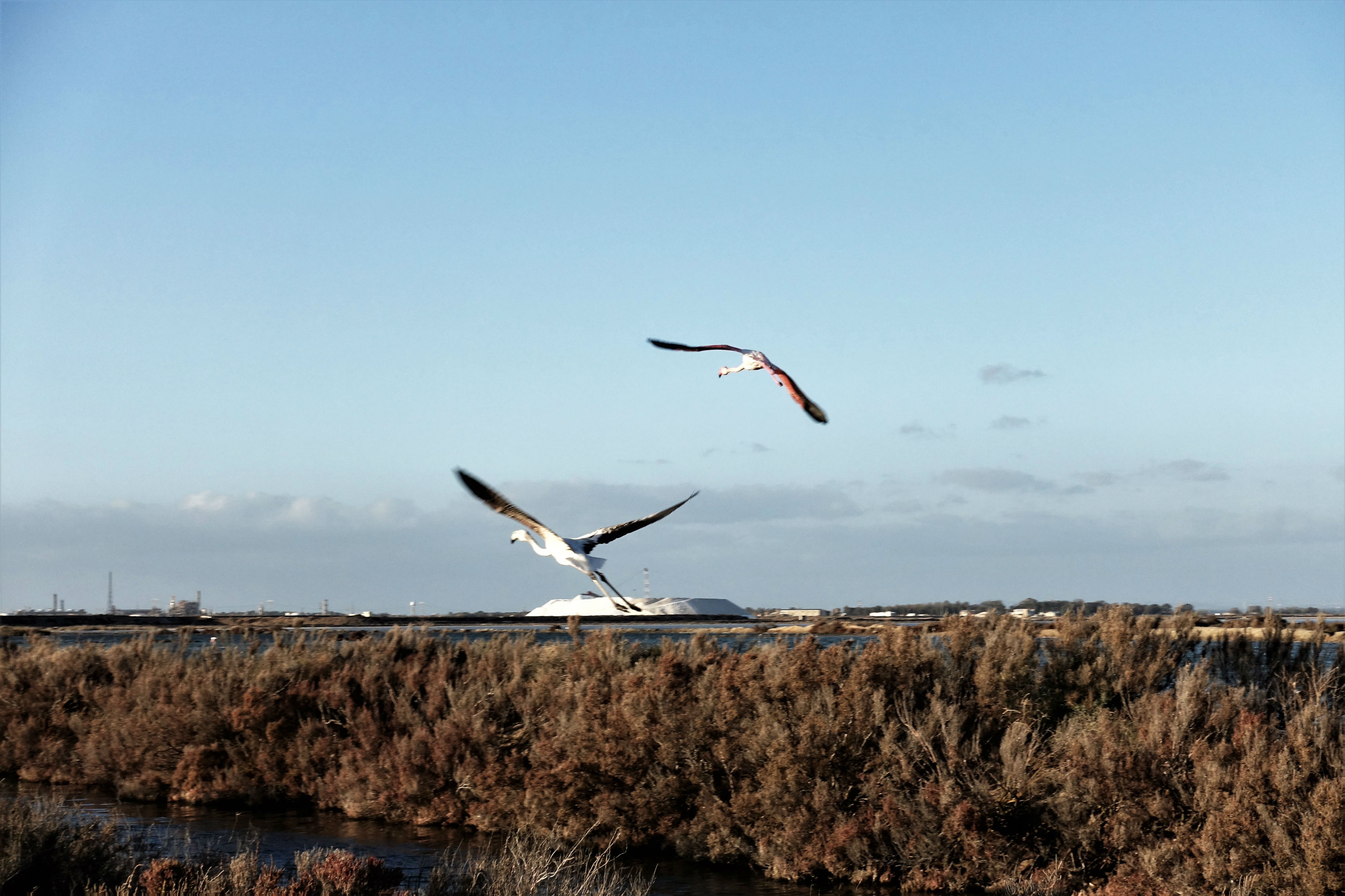 The nature trail, is completed with an interesting ride on the train: with the tourist guide, you go to explore the paths of the Natural Park area and the pond of Santa Gilla, where, still today, reigns a delicate balance of rare beauty with more than 35 thousand species of waterfowl including herons and the ever-present pink flamingos.
Before arriving at the wildlife area, both from the one and the other side, you can see the countless salt tanks and the impressive salt hills. 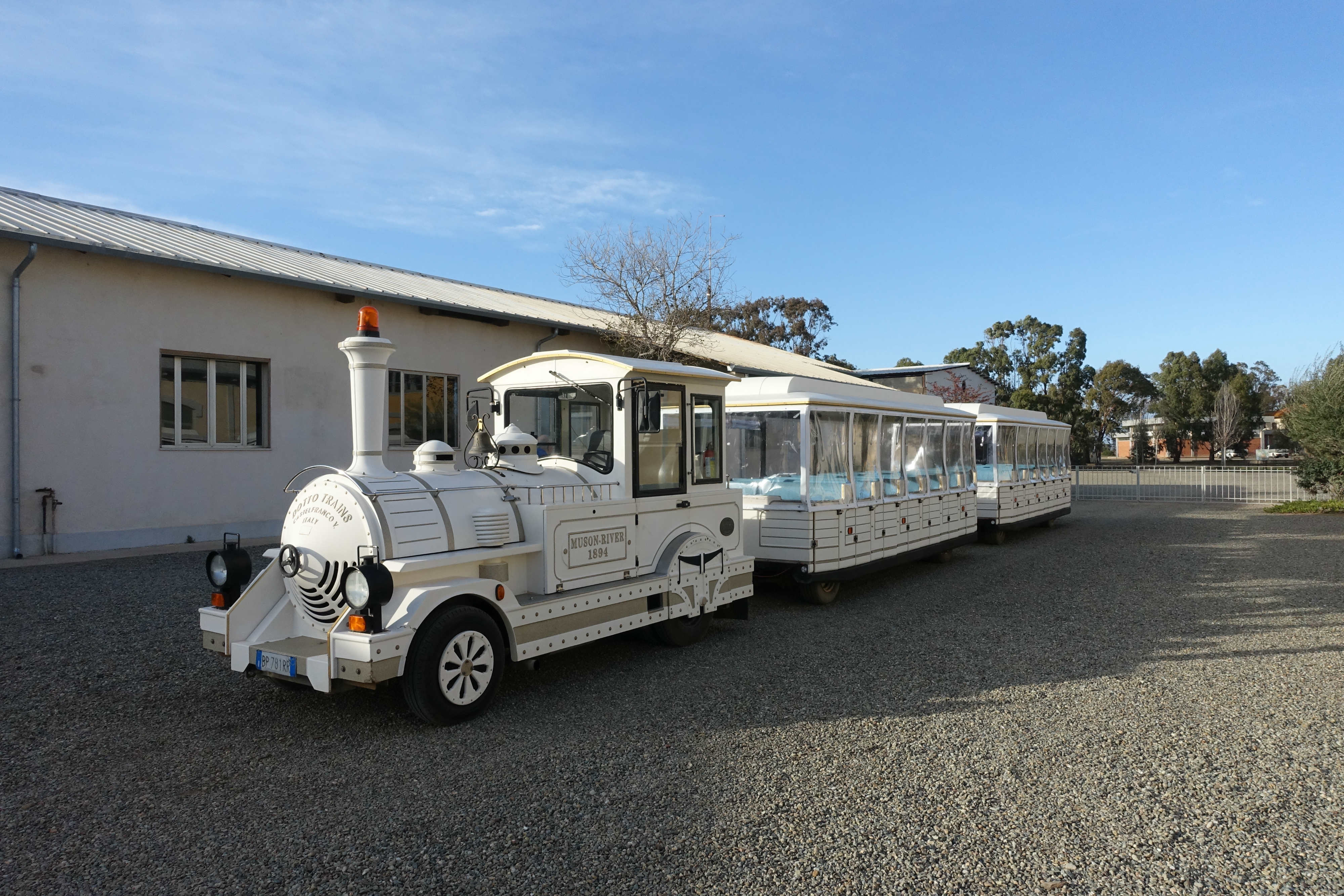 The guide explained to us that from March to September, there is the period of evaporation, a phase in which the sea water is conveyed inside the tanks and evaporated to allow the stagnation of salt; from the month of September until November, there is the harvest of the salt, and from November until February, the maintenance phase takes place. 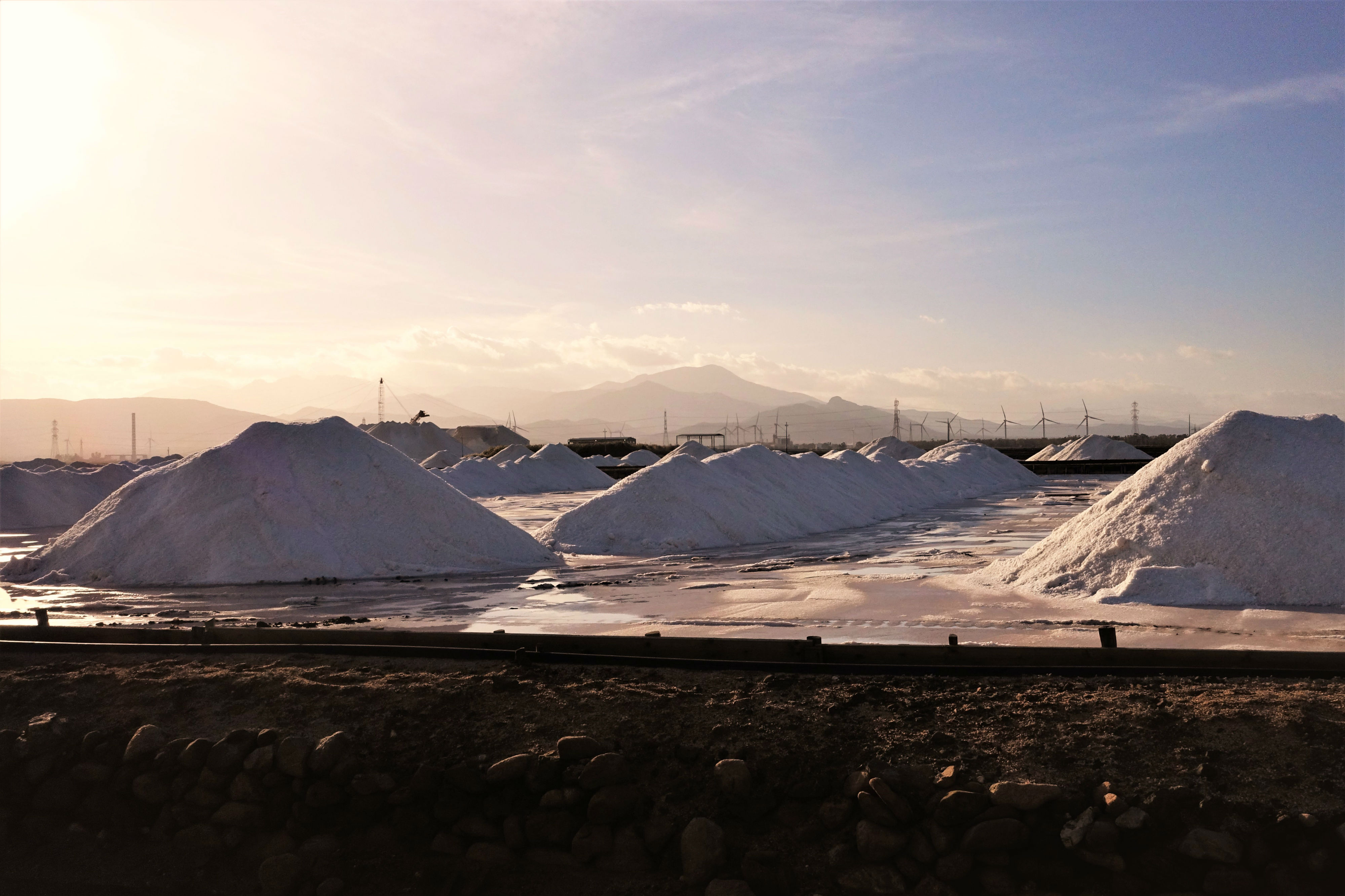 After the ride on the train, you can freely visit the management buildings, including the office that belonged to Luigi Conti Vecchi.
There are the chemical laboratory and carpentry; these buildings allow you to take a virtual journey during the early twentieth century. 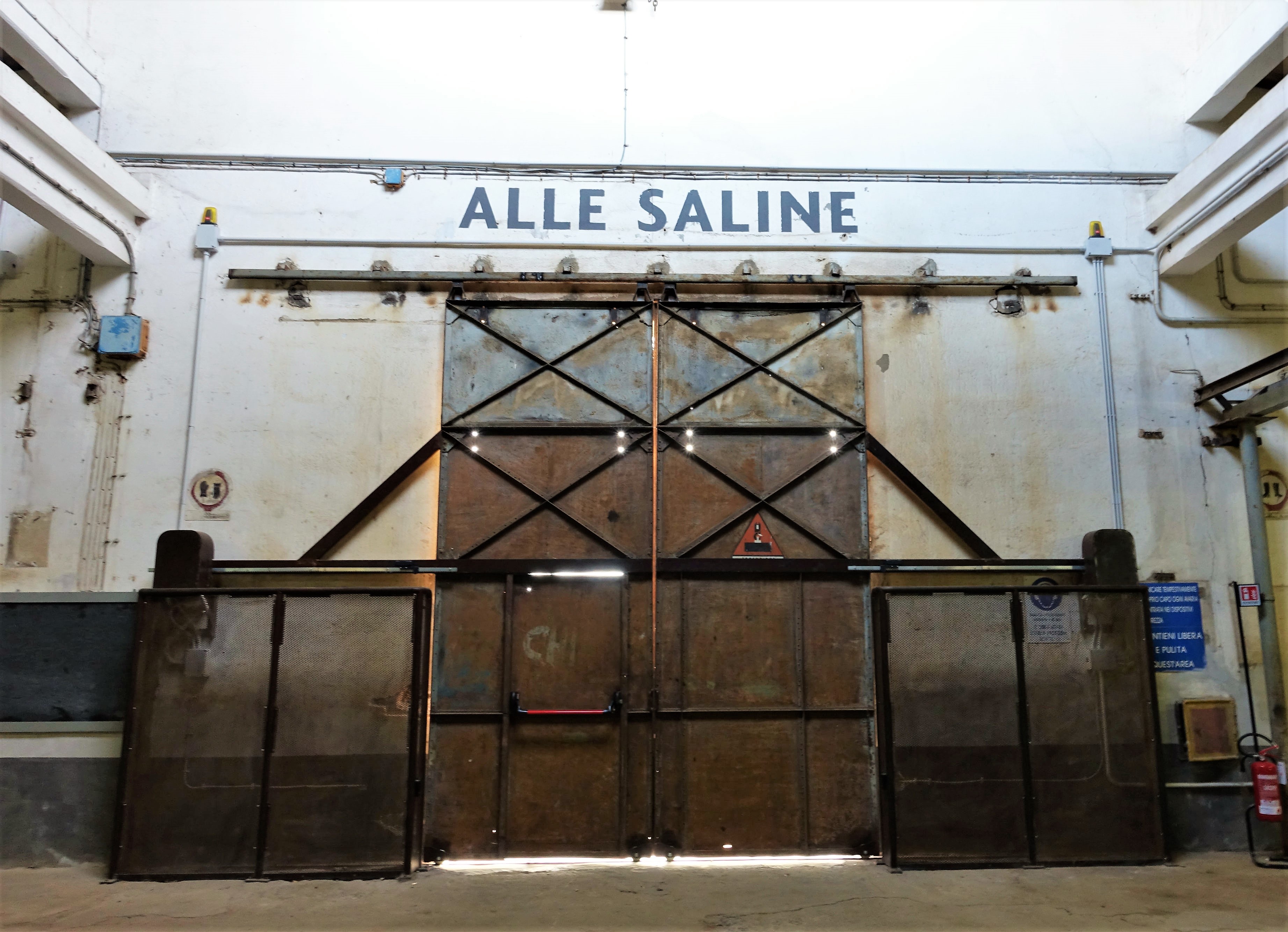 A splendid industrial architecture of the 1930s, meticulously restored, tells of a past that no longer exists but has existed and this is the important thing. 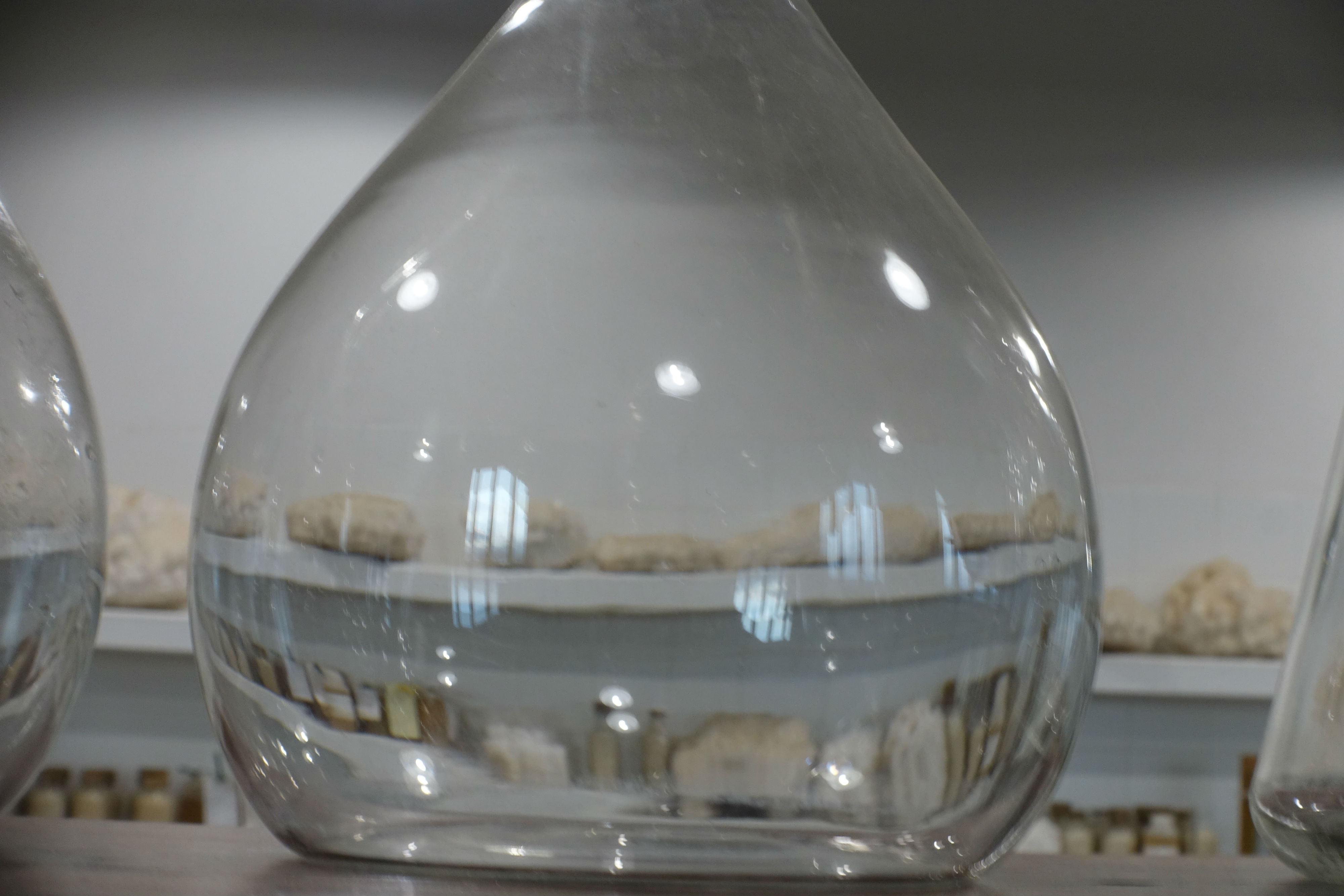 With the advent of World War II, the dream of the Salt Community vanished forever. Work stopped with the production of salt and the families of the workers were forced to leave the village. Cagliari, in 1943, suffered a devastating bombing by the Americans, who, to divert the Germans from any suspicion, while preparing the landing in Sicily for the liberation of Italy from fascism, they bombed our city destroying it almost totally.
Cagliari remained deserted and, as a result , everything stopped. 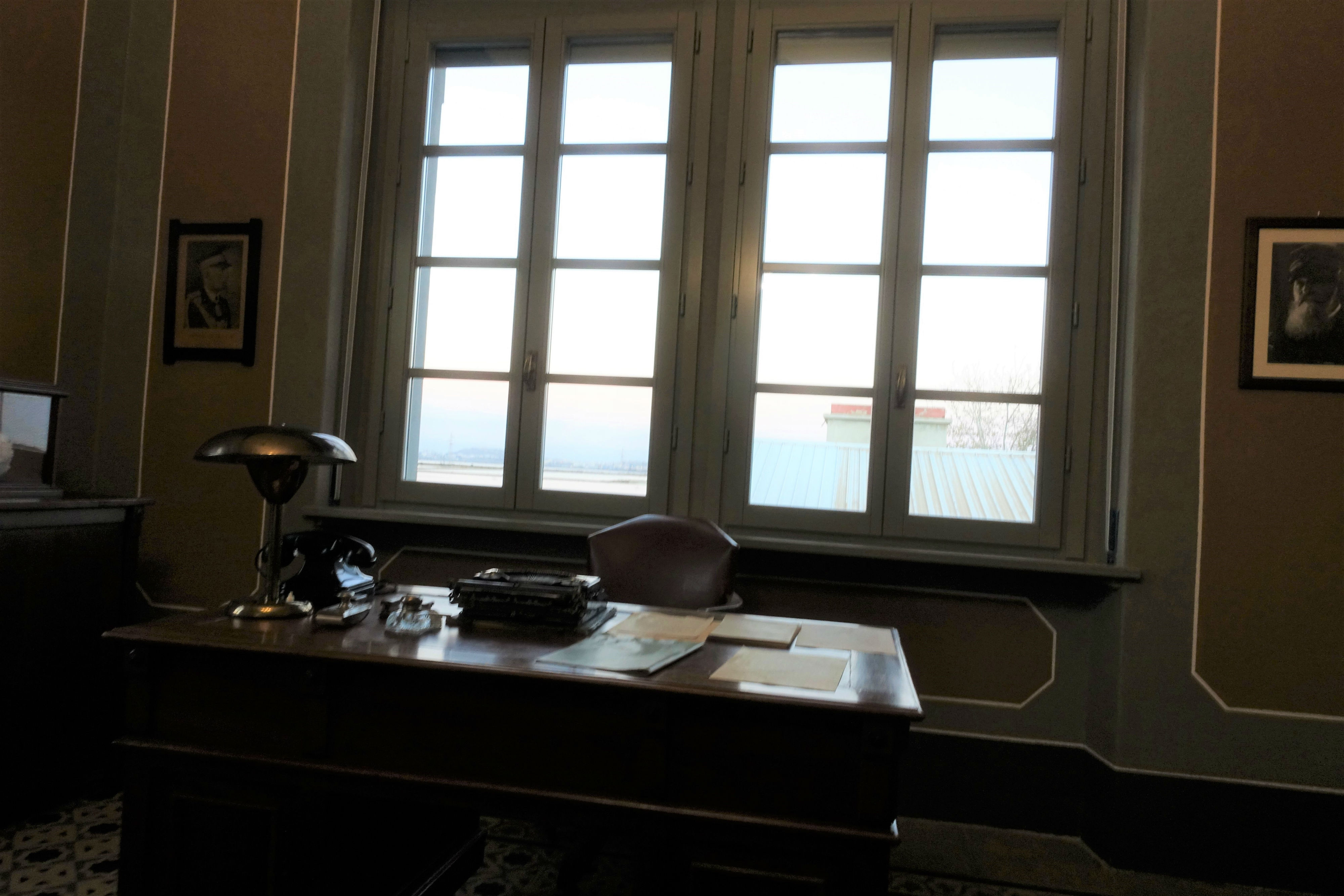 Today the industrial site still belongs to the Conti Vecchi society, but is controlled by Syndial, a company that deals with environmental rehabilitation. The Syndial, together with FAI (Italian Environment Fund), work in close collaboration for the enhancement of the saltworks and its transformation in a resource to show to the public. 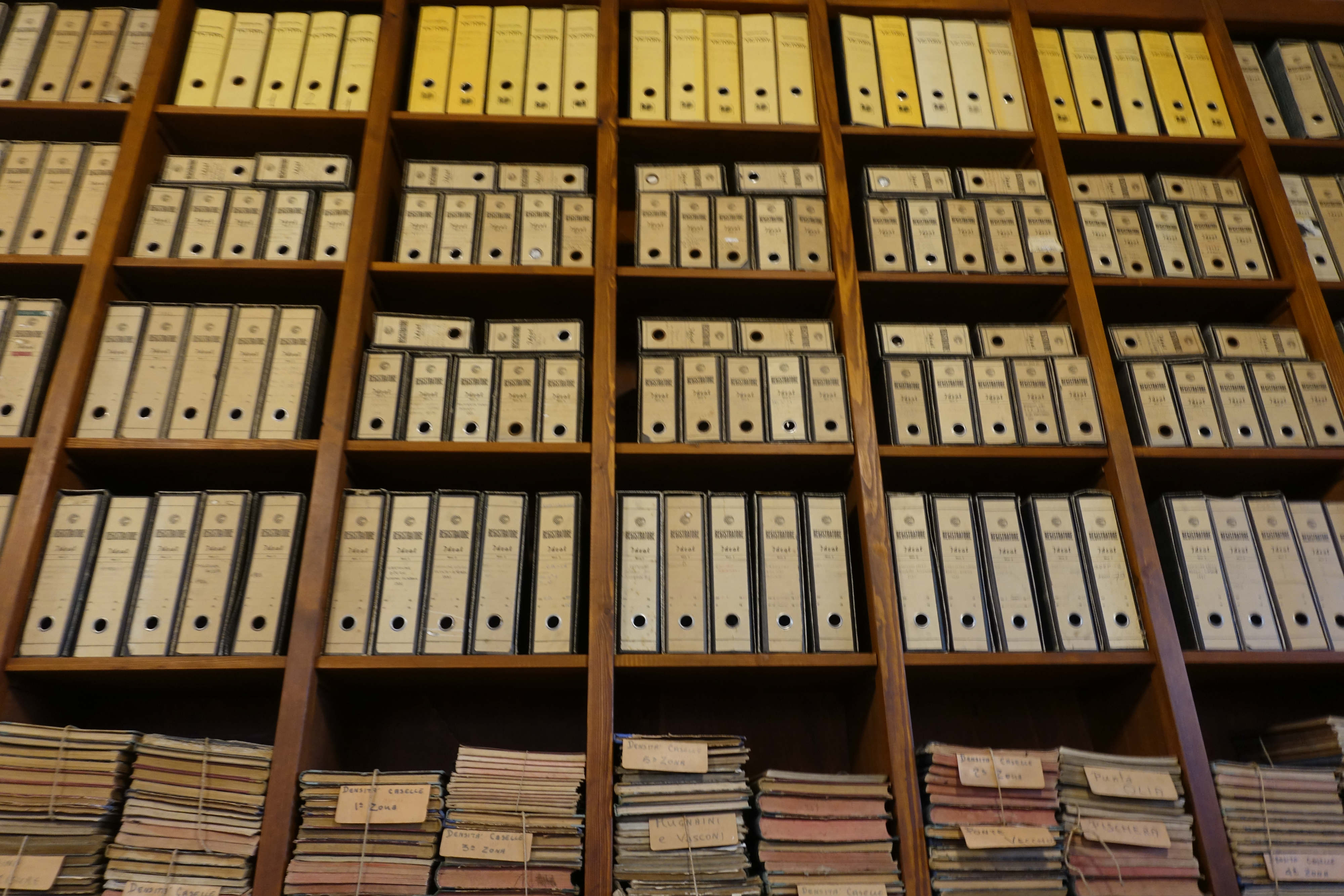 The story of the Saline Conti Vecchi continues to exist despite the village and its inhabitants no longer exist. Despite of the historical facts, however, for many years, many people had the opportunity to live in comfortable conditions, had the opportunity to work and build something great for the society, in a very poor land dominated by malaria; a land without hope,that instead, thanks to the foresight of a man, brought wealth and life for a long time. 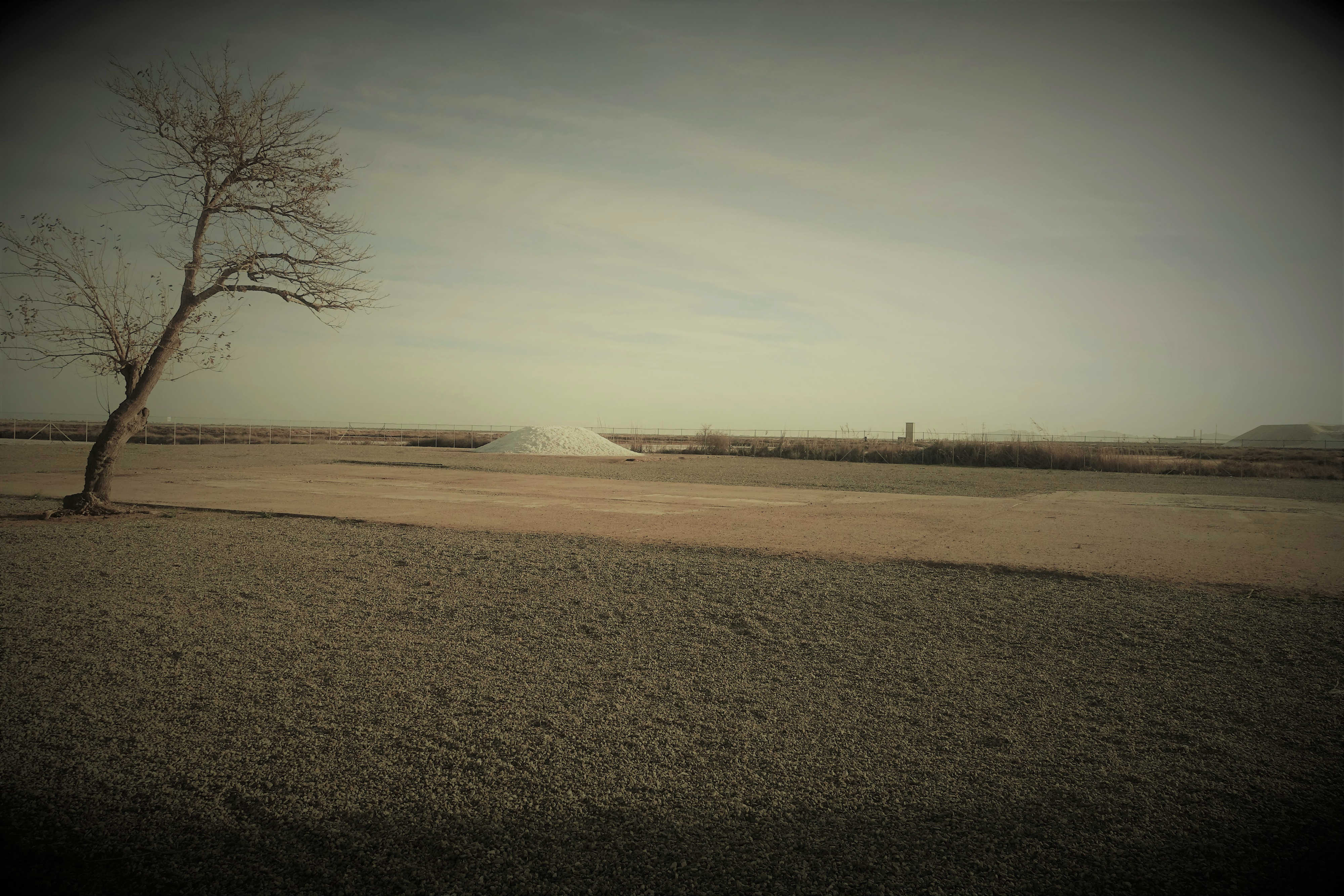