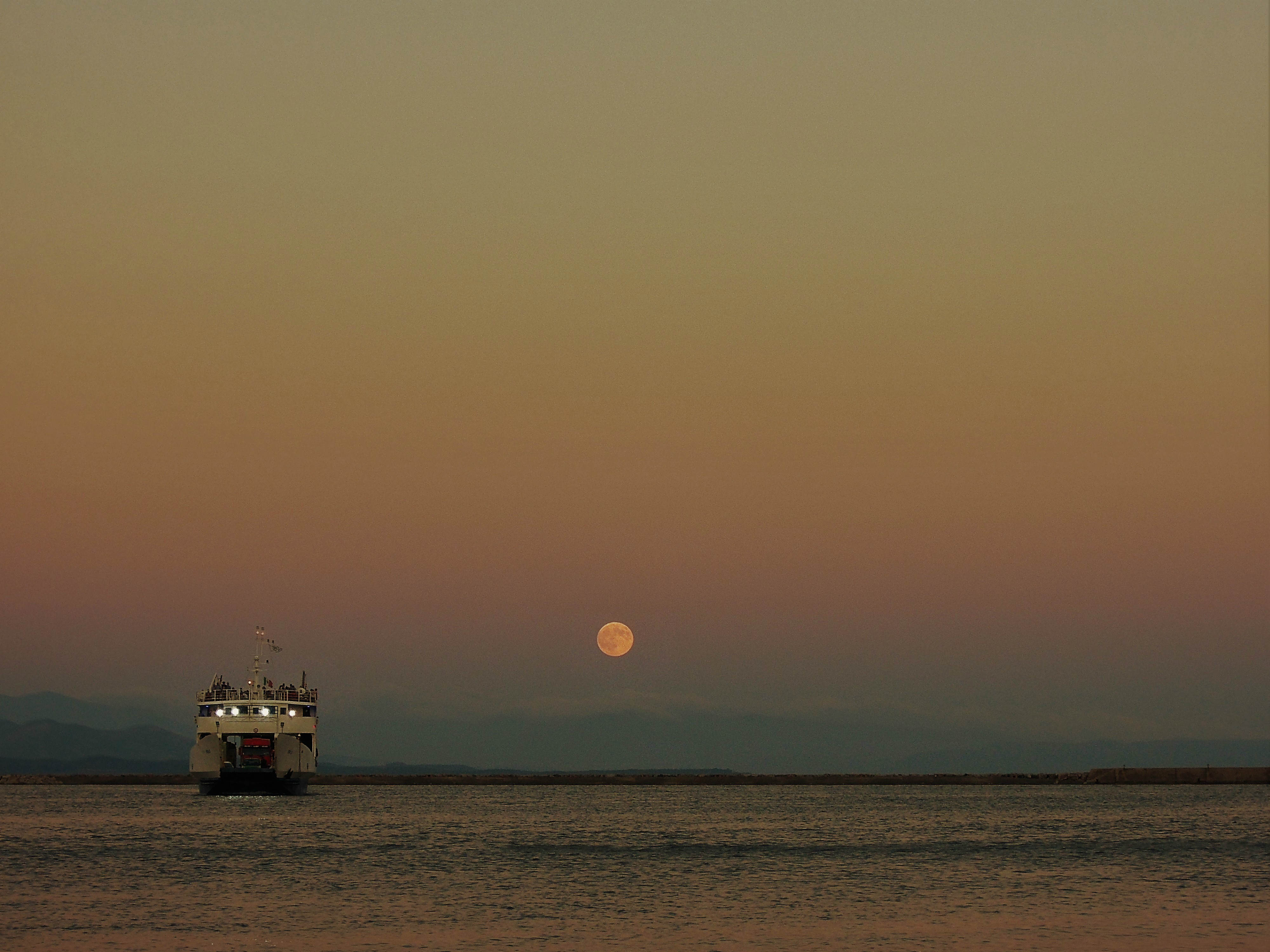 The island of San Pietro is located in the archipelago of Sulcis, in the southwestern part of Sardinia. Inhabited city on the island, called Carloforte. The origin of the Carloforte people is Liguria. In 1738 some Italian from Pegli (Liguria), who lived in the small Tunisian island of Tabarca, colonized the island.
In Alicante, Spain, there is an island called New Tabarca Island, who lived a similar story to that of Carloforte.
With the ferry from Calasetta or Portovesme, in less than 40 minutes we arrived at the charming Ligurian town. 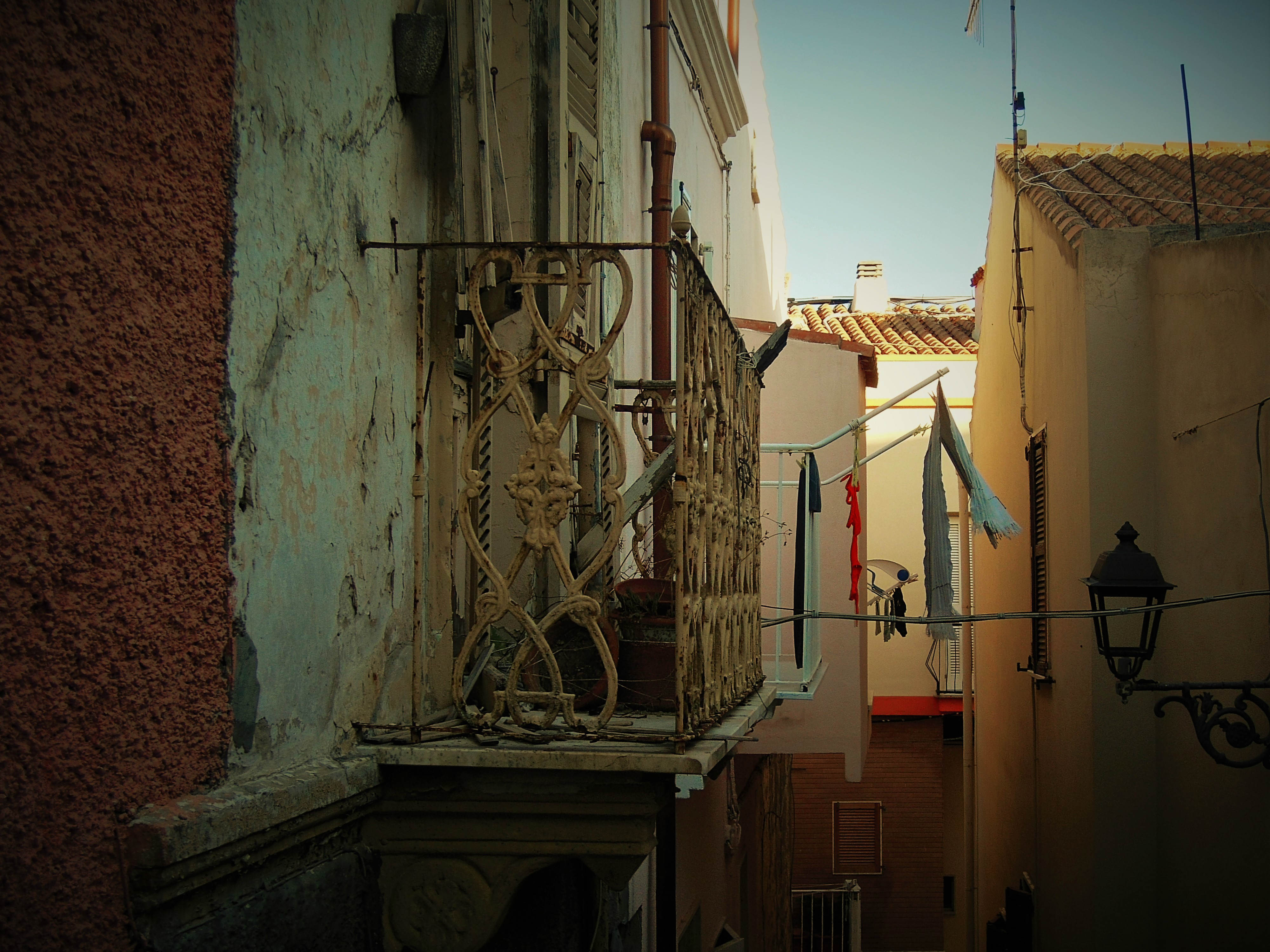 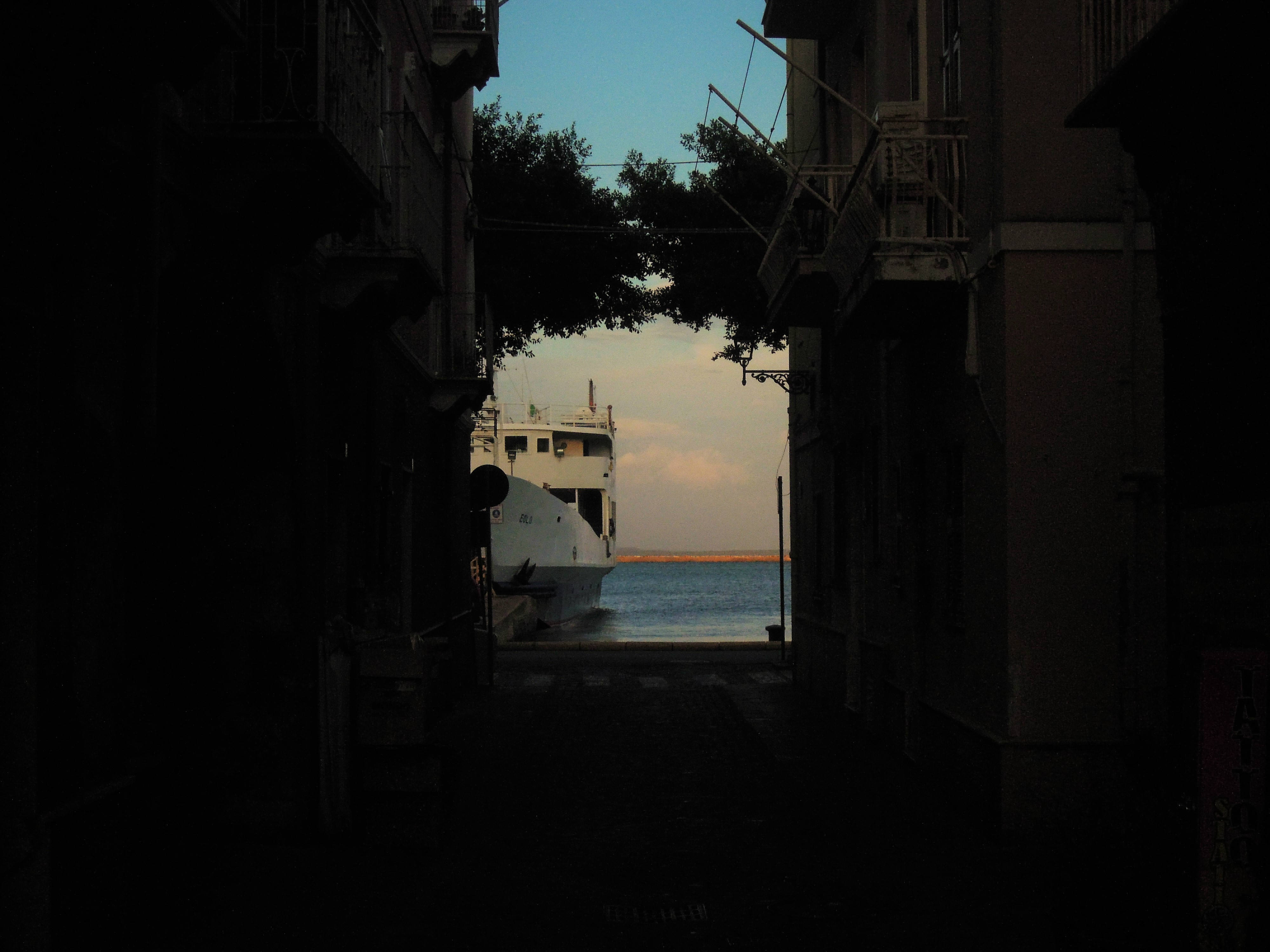 Every time I go to Carloforte step a real vacation. Take the ferry gives me the feeling of traveling outside Sardinia. Carloforte time stops. When you go, forget the time and get ready to live in a dimension and rhythm beyond. All thoughts have to stay there in the “Continent” called Sardinia! * 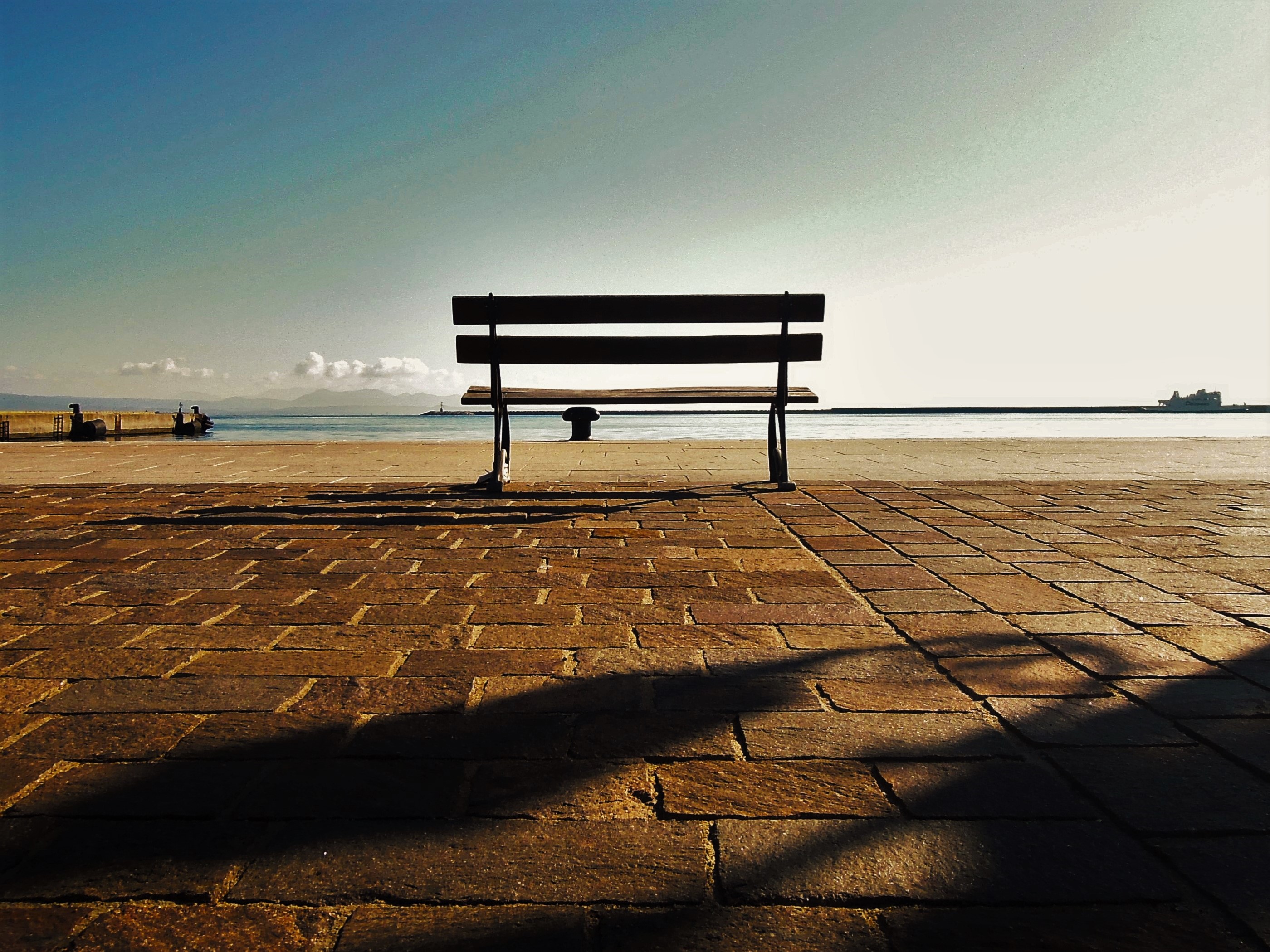 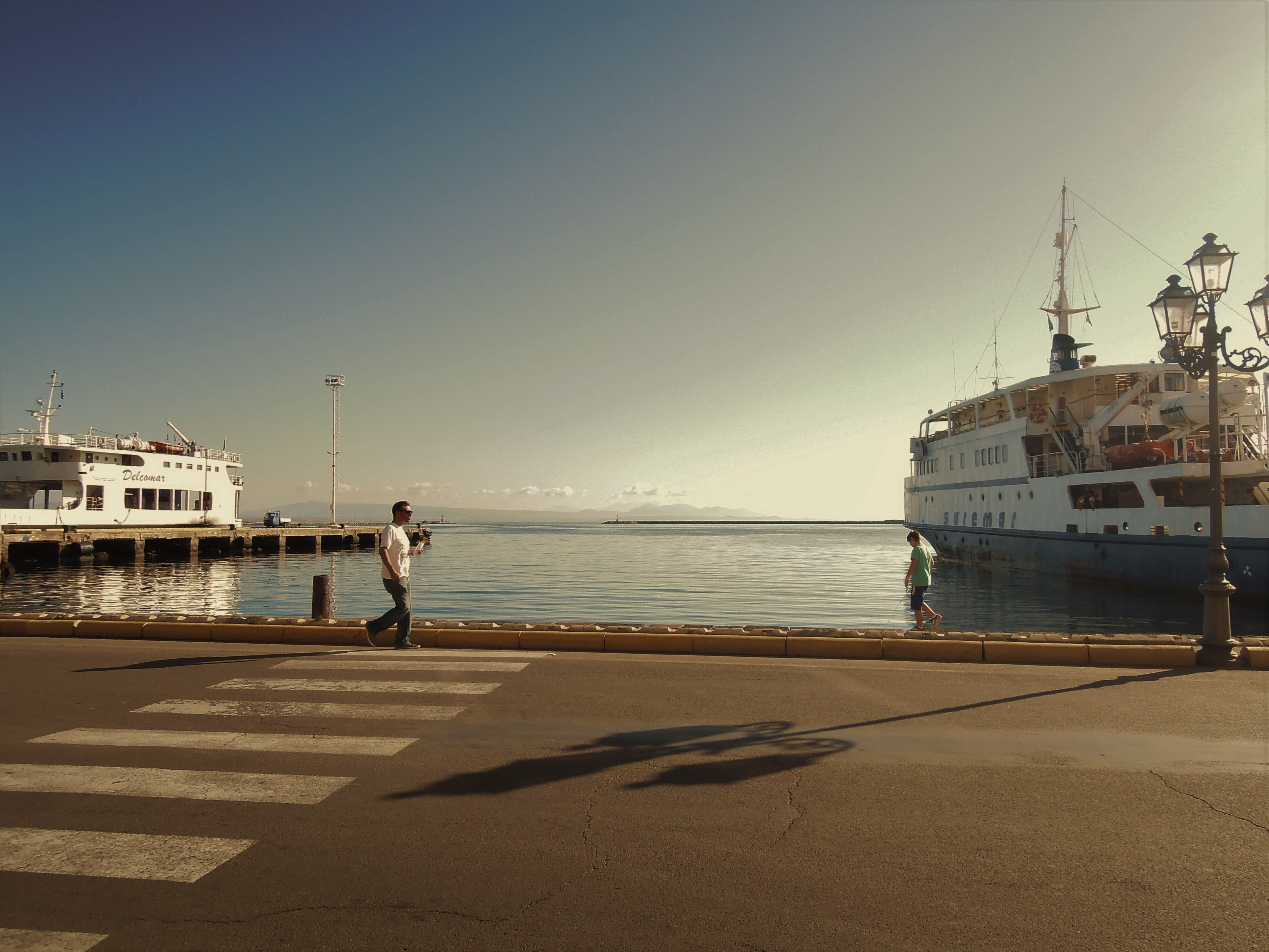 Carloforte is pleasant throughout the year, but it is normal that during the summer is a busy place. This time, being November, the tourists were far fewer. The few that were there were “happy.” Their faces were a mixture disbelief and ecstasy, facing such beauty. In fact, the mood that I had was that of someone who had just received a wonderful gift, not material, but of life. It seemed a dream, made of light, warmth and serenity! 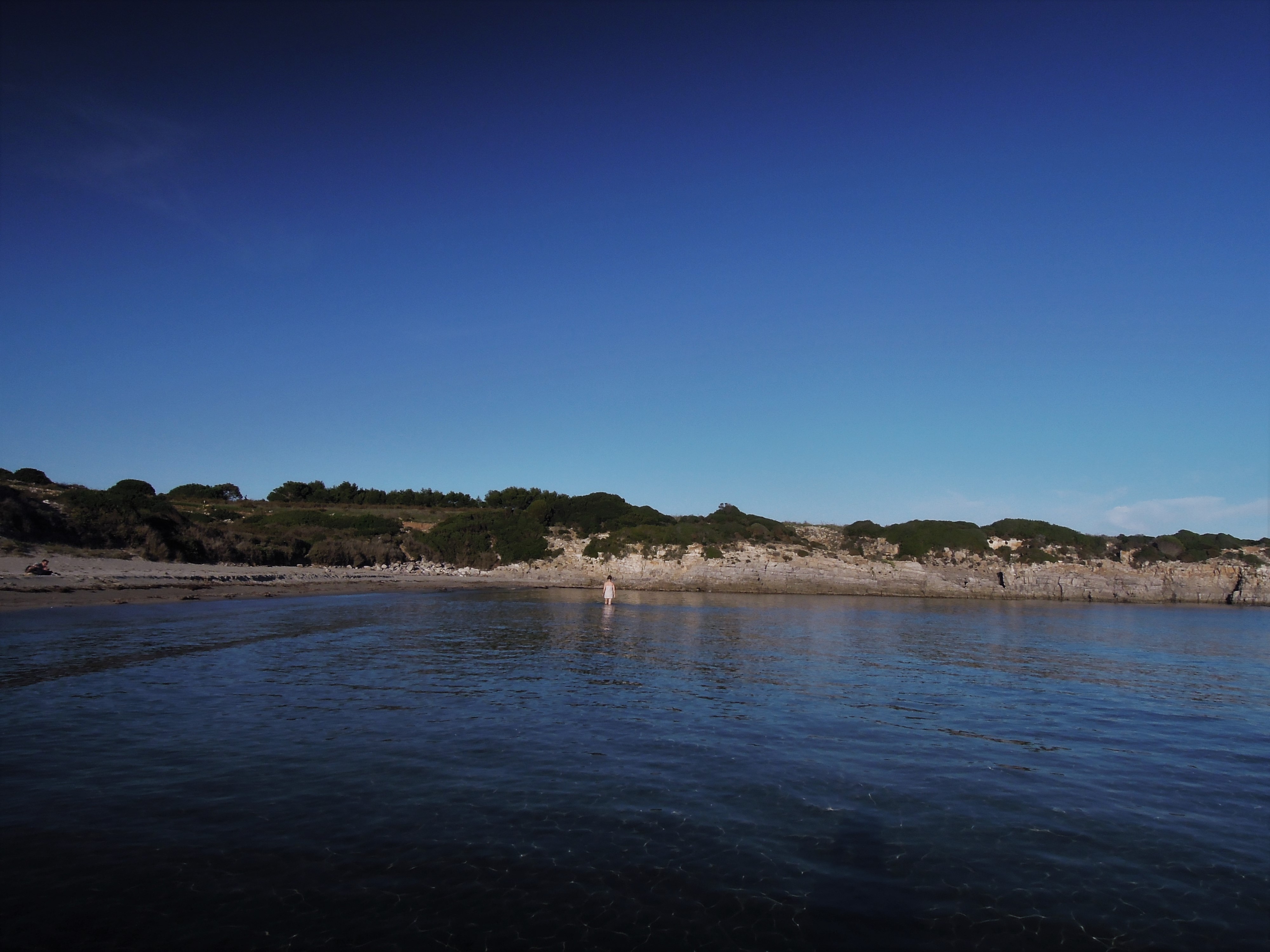 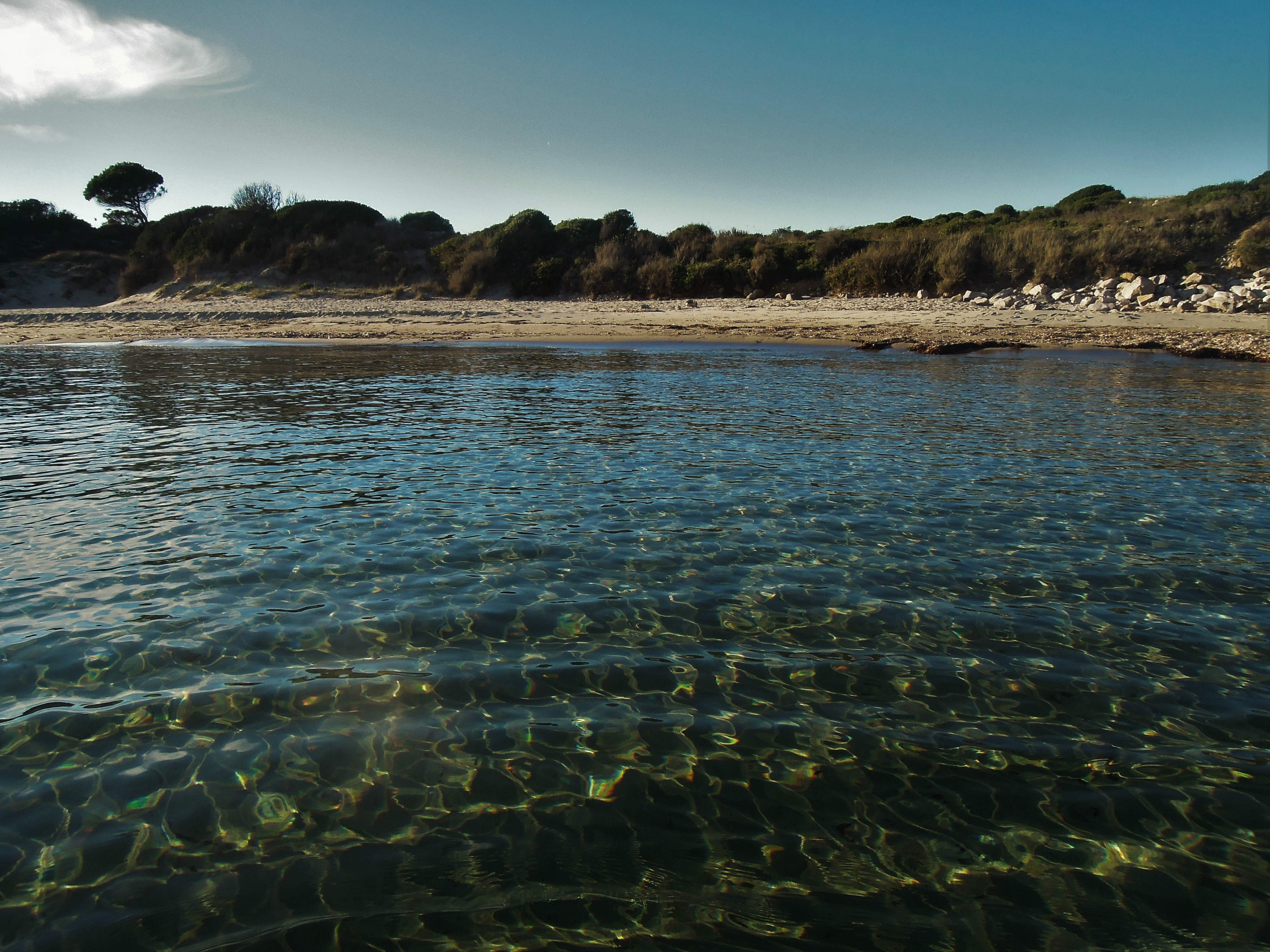 The beaches of the island are all beautiful: Lucaise, Genio, Guidi, Girin, la Caletta, Conca, Calalunga, Cala Fico; all evocative and beautiful, the beaches of Carloforte are many and are scattered throughout the island of San Pietro. Some of them are related to particular stories, like Sergio Atzeni, the great Sardinian writer who drowned, and was swept by a wave one afternoon 20 years ago, to the the rocks of the Conca. The author of “sulla terra Passavamo leggeri” the fictionalized story of Sardinia, left us so quietly and very young, just 43 years old. 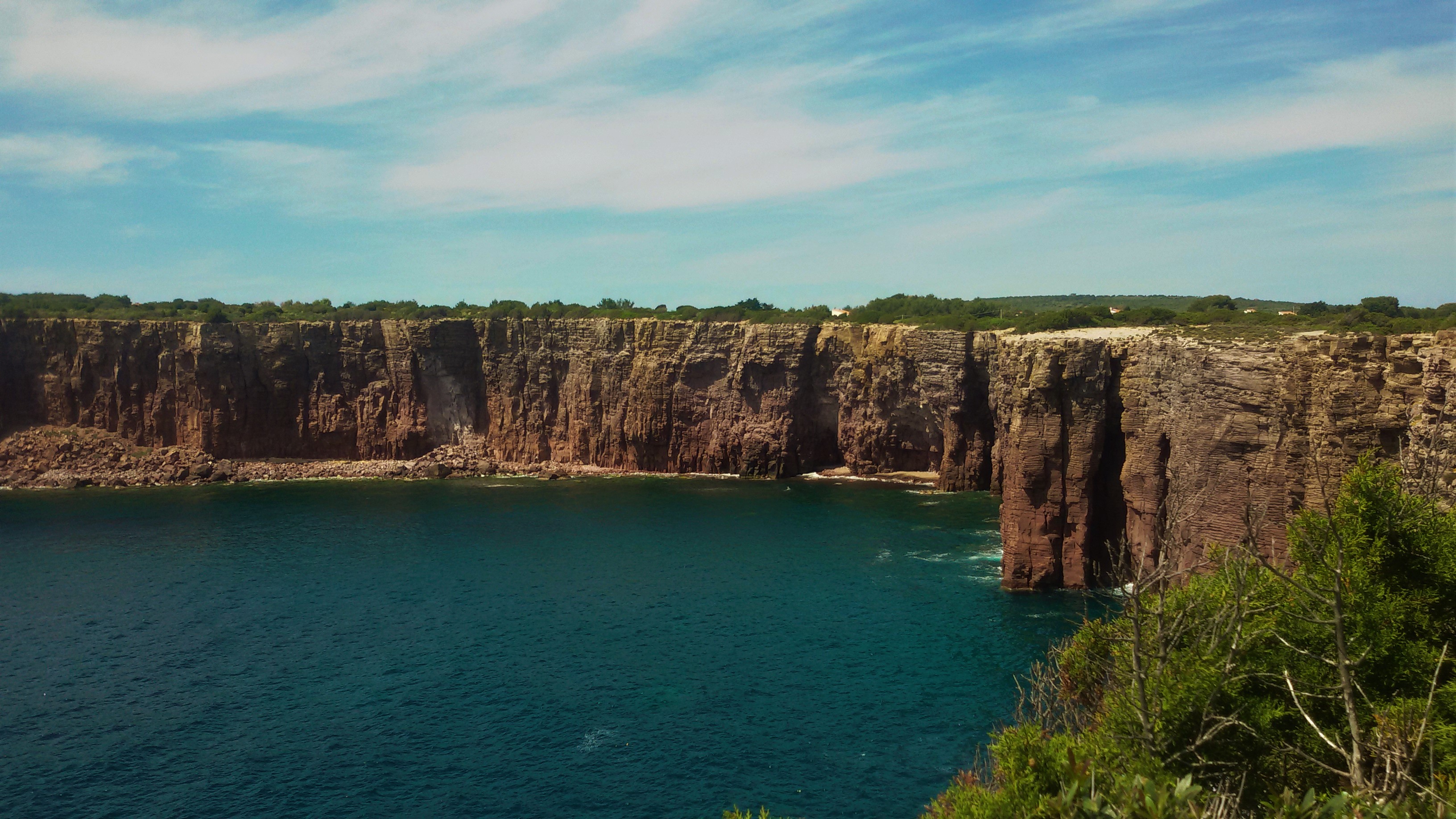 Sergio Atzeni is not only linked to the land of Carloforte. The Ligurian origin of its inhabitants naturally attracted the curiosity of an exceptional Liguria, our Fabrizio De Andrè who visiting Carloforte, found the old Genoese spoken, more linked to Tabarchino. This pleasant discovery led him to write the beautiful song “Creuza de Mar”, written in his own old Ligurian dialect which means: route (road, street) from the sea. 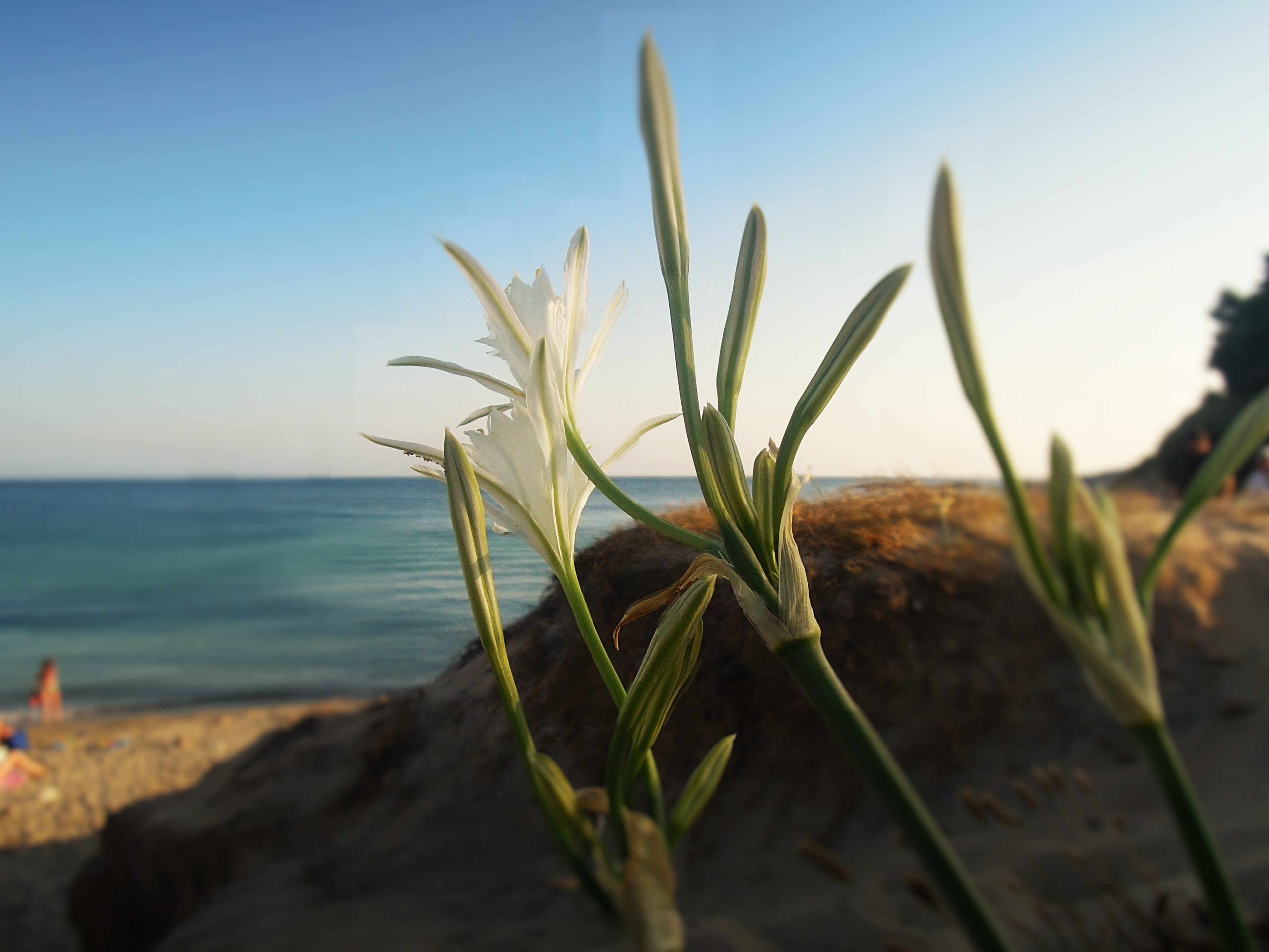 The high rocky coast of the island and the narrow paths leading to the sea, are really beautiful. The highest part of the island is called Capo Sandalo. Here is the most westerly lighthouse in Italy. There is a beautiful path along the cliff and can be done on foot. If we drive around the island from the lighthouse, we discover the beautiful greenery covered by the inevitable maquis and Aleppo pines. Continuing to the west coast, we find the ancient settlements of tuna, then Calalunga, Tacche Bianche, the cave of Punta delle Oche (Punta of the Geese) and Trogiu, a natural pool completely carved into the rock by water and time .
The fauna of the island is very particular. Before reaching the lighthouse is the oasis Lipu Carloforte, where several species of birds, including the falco della regina (queen hawk). 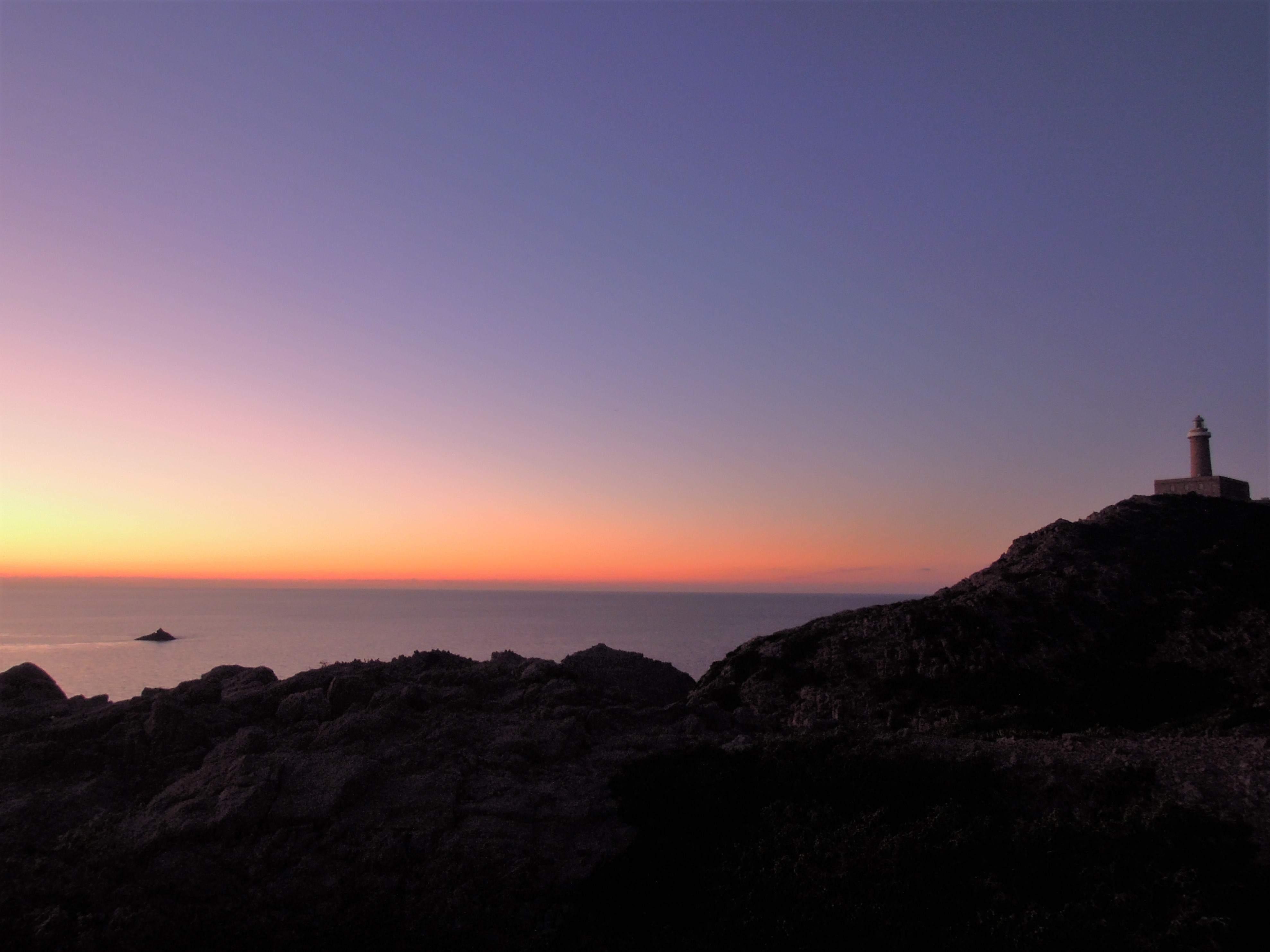 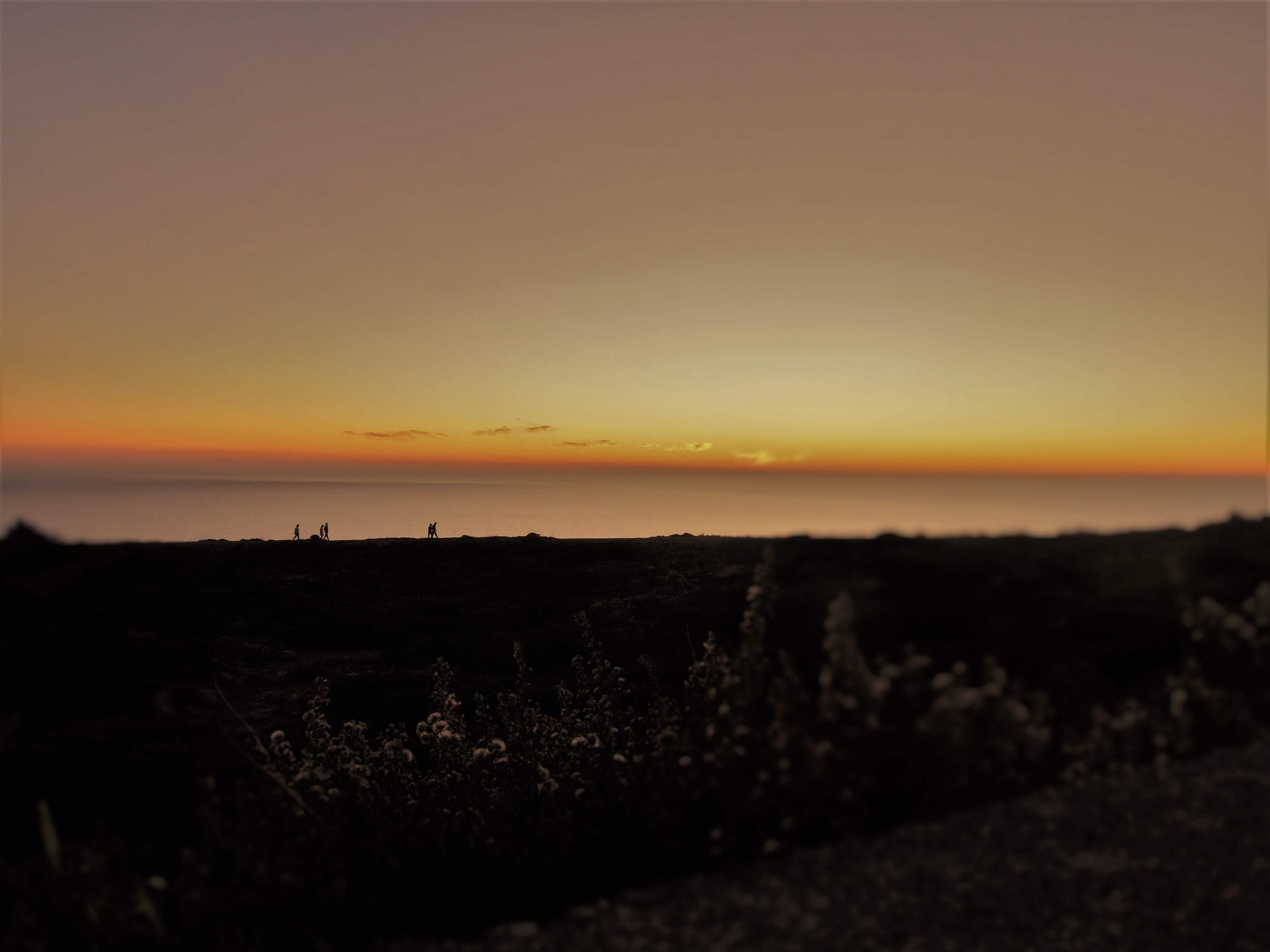 When we discover a new place, we always are curious to local culinary culture. Carloforte cuisine is sublime! I would immediately start talking about the delicious Fainé (oats), a focaccia (cake) unleavened made with chickpea flour. We recommend trying the faint in La Tabarchina, a small shop located in the center of the city, very close to the port and the main streets of the small town street.

Carlofortina alla pasticcio is instead a typical mixed pasta, flavored with pesto, tomatoes and tuna.

Carloforte is renowned for tuna. The island of San Pietro is on the route of bluefin tuna coming from the Atlantic. Tuna always follow the same route to the Mediterranean and just between Sardinia and Sicily, will raise during the spring. For the islanders capture and processing tuna is an old tradition that, over time, became their main productive activity. Every year around May, organized by the “Girotonno” or the killing of tuna. Over time, this event has become very tourist and, in my opinion, has lost its authenticity. 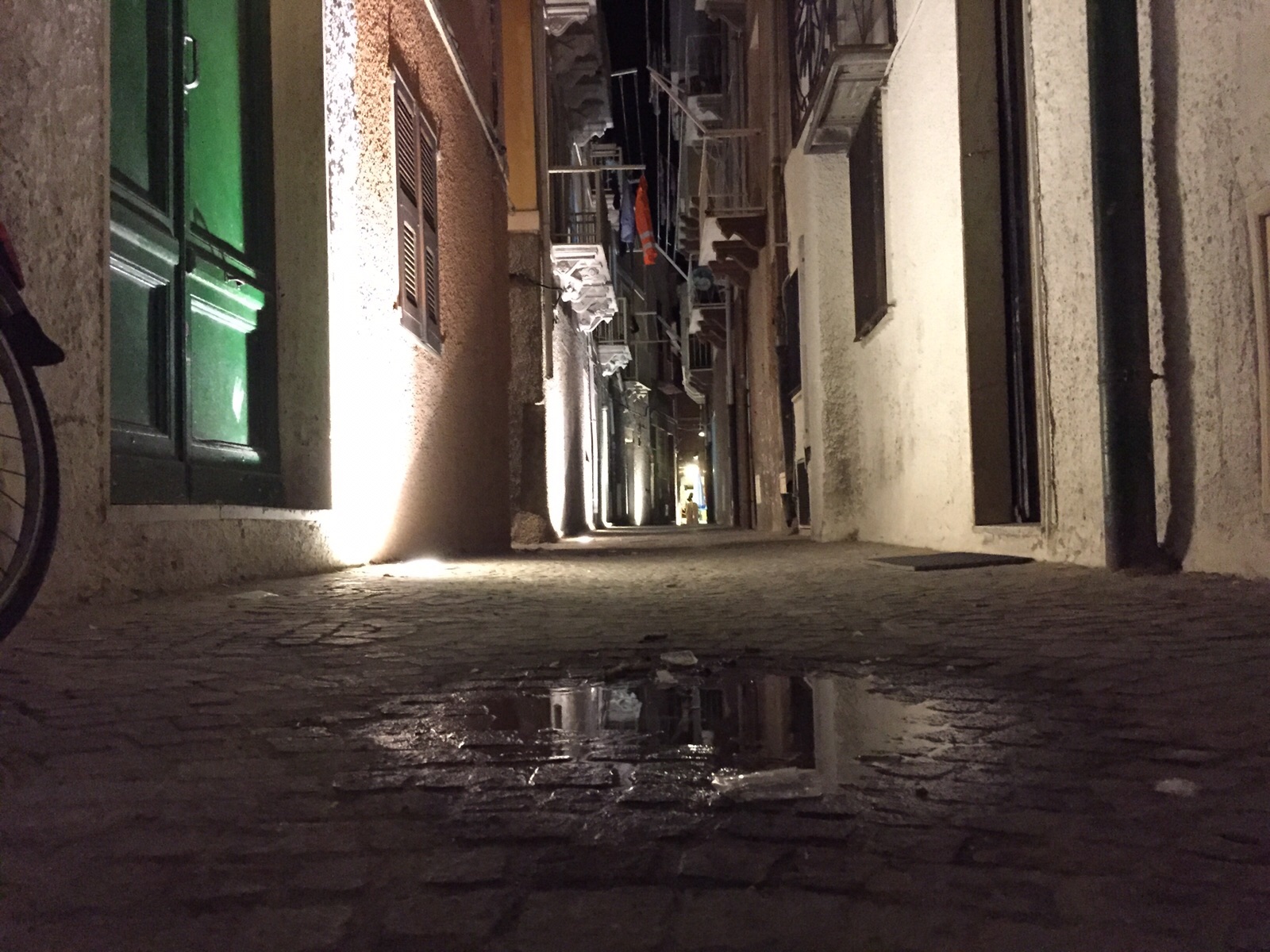 In any case, the tradition of tuna, over the years, has triggered the culinary creativity of its people, and there are many ways in this fish, which is not pulled anything, it is deliciously cooked. Besides the already named pasticcio alla carlofortina, with tuna are prepared the buzzonaglia, with tripe is made the the sopressata, the bottarga (roe), the musciame, ie fillet dried fish, heart, and belly, tuna obtained from the abdomen, which is the fatty part.

Carloforte typical dishes are varied and are the result of various mixtures of cultures, as caschà, for example, a vegetable couscous and delicious vegetables, which come from the Arab culture.

Then there are the panini di Zí! The Barone Rosso (Red Baron) is a bit small bar, which pays attention to detail and is managed by an outstanding carlofortino called Zi. The peculiarity of their panini (sandwiches), is genuine! The ingredients are fresh and tasty. It is a pleasure to stop and have a snack. The tappa di Zí is mandatory !! 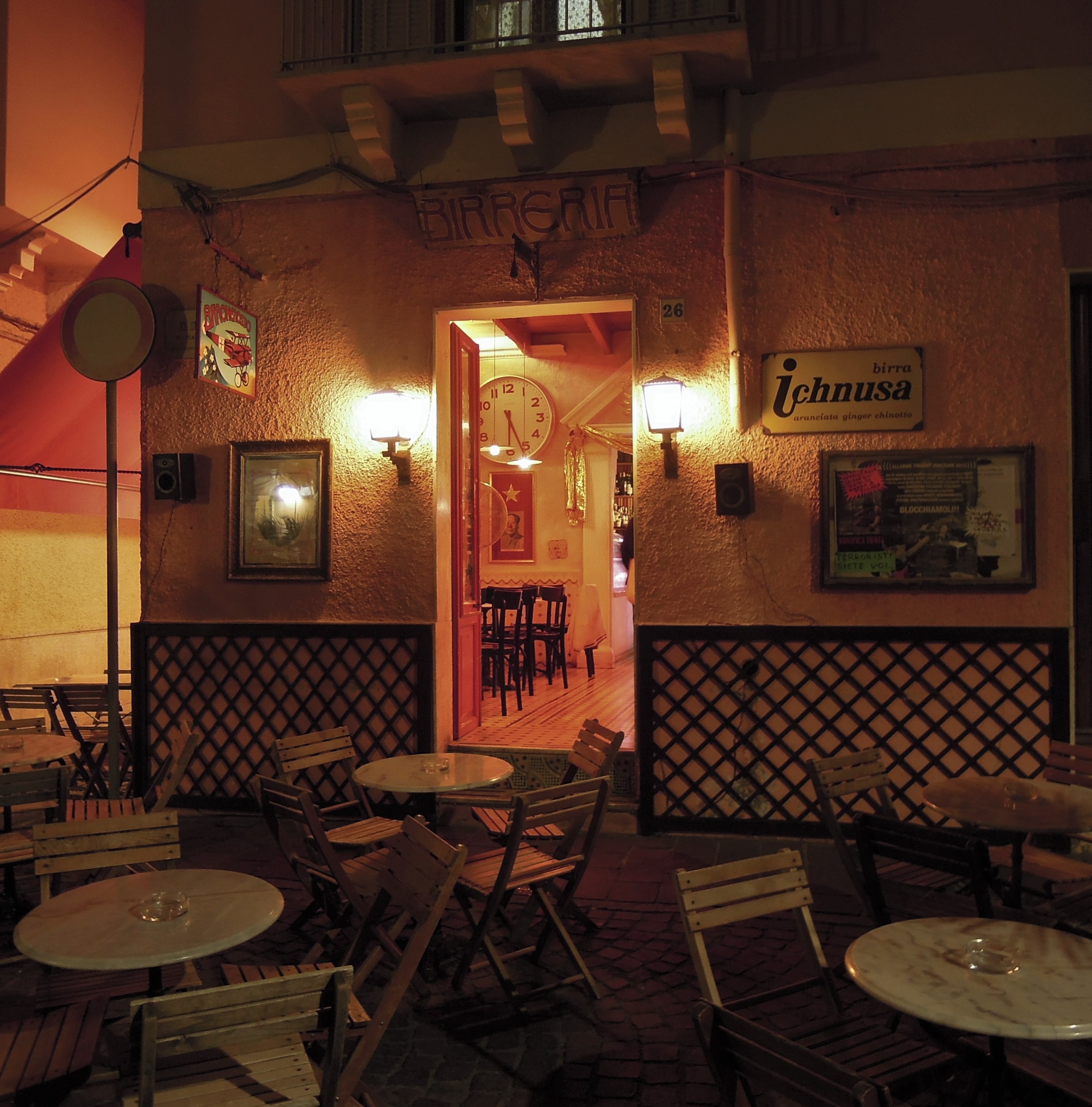 The first time I went to the Barone Rosso, was a summer sunday and I had just visited the antiques market. It is a tradition that takes place every summer and for the occasion, the Republic Square, is full of antique shops selling beautiful things, including carlofortinas typical hand-decorated tiles.

It was an unusual November I spent in Carloforte. I never thought I’d live a last remnant of summer so so nice. I was only staying there one night but I felt spend a whole week. I said that in Carloforte time stops, space is tight and everything is nearby. You can live with intensity every time ?. Now I understand why some of my closest friends, who are not even of Sardinia and Liguria, have decided to live here. And while I’m enjoying a snack together in front of a beautiful sunset on the rocky channel Calalunga, is not hard to understand his reasons.
I also understand my good friend Stefano, who sadly is no longer with us. His love for Carloforte was great, and he was wrong ..? Landscapes and horizons offered by this island are infinite. I like to think, dear friend, that many of the sunsets that recur every day, always different and always spectacular, are greeting each day do you spend your beautiful island. This time, however, I also dedicate you do a greeting and remembering the good times we had together while I appreciate the photo of an island that has now won another heart … mine! 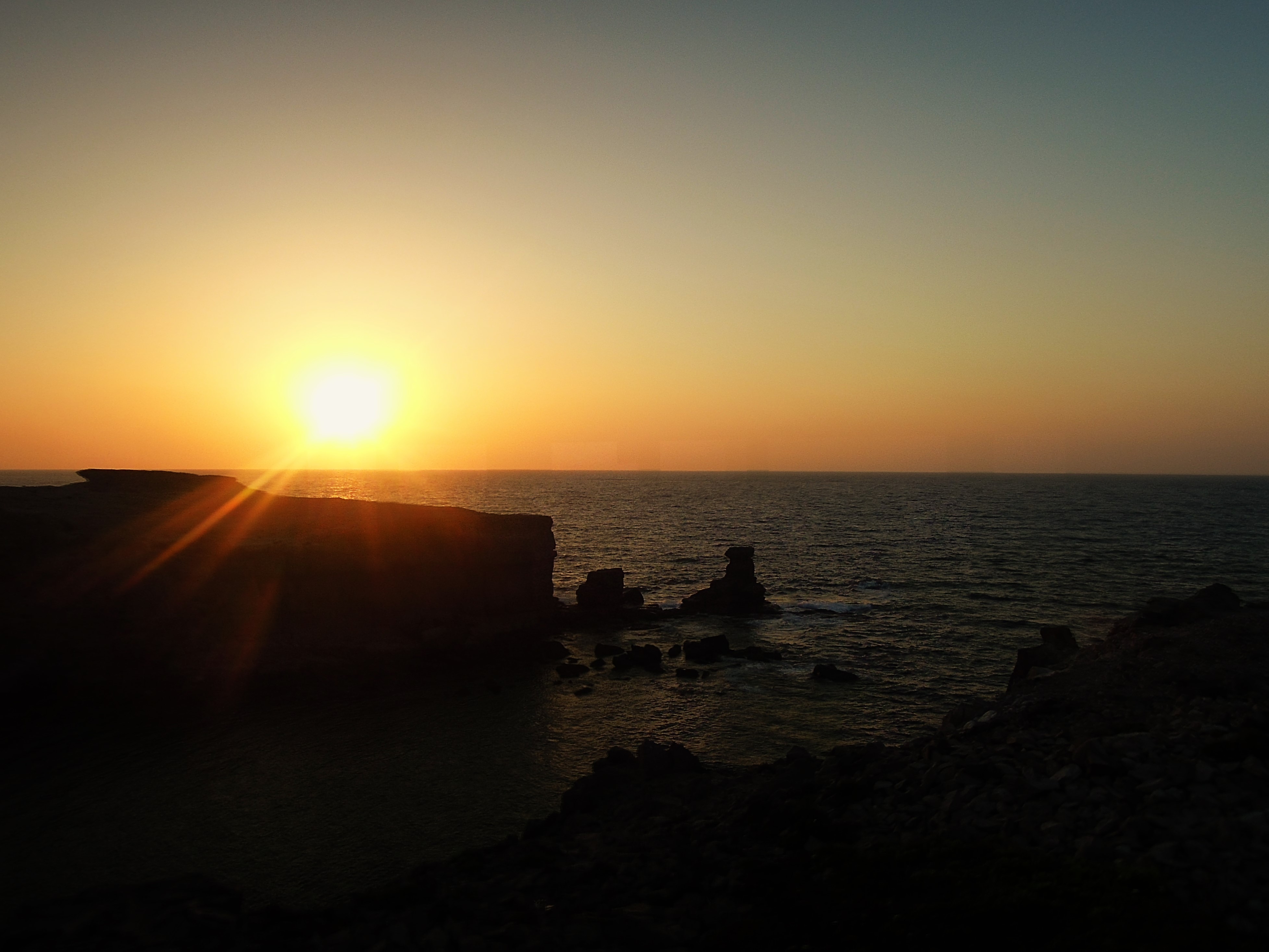 Comment of the Tourist: an excellent pasta alla Carlofortina you can eat in the Galaia, one of the most popular restaurants in Carloforte, like the famous Pomata. To sleep in the place, certainly no shortage of accommodation and bed and breakfast hotels. Many are seasonal and only open in summer. The Ghiro (the Dormouse) is a small centrally located B & B is open all year round. The hospitality is very good and moderately priced. Their breakfast is wonderful. There is a particular focus on freshly baked and natural foods km 0. Furthermore focaccia, I tried marmalade and quince, quince Spanish type. A tasty surprise was also juice Granada. The Ghiro is located in Republic Square. I recommend it.

* It is an old Sardinian custom call Italy and the rest of the Peninsula by the nickname of “continent”. For Carloforte, Sardinia is also “the continent”. 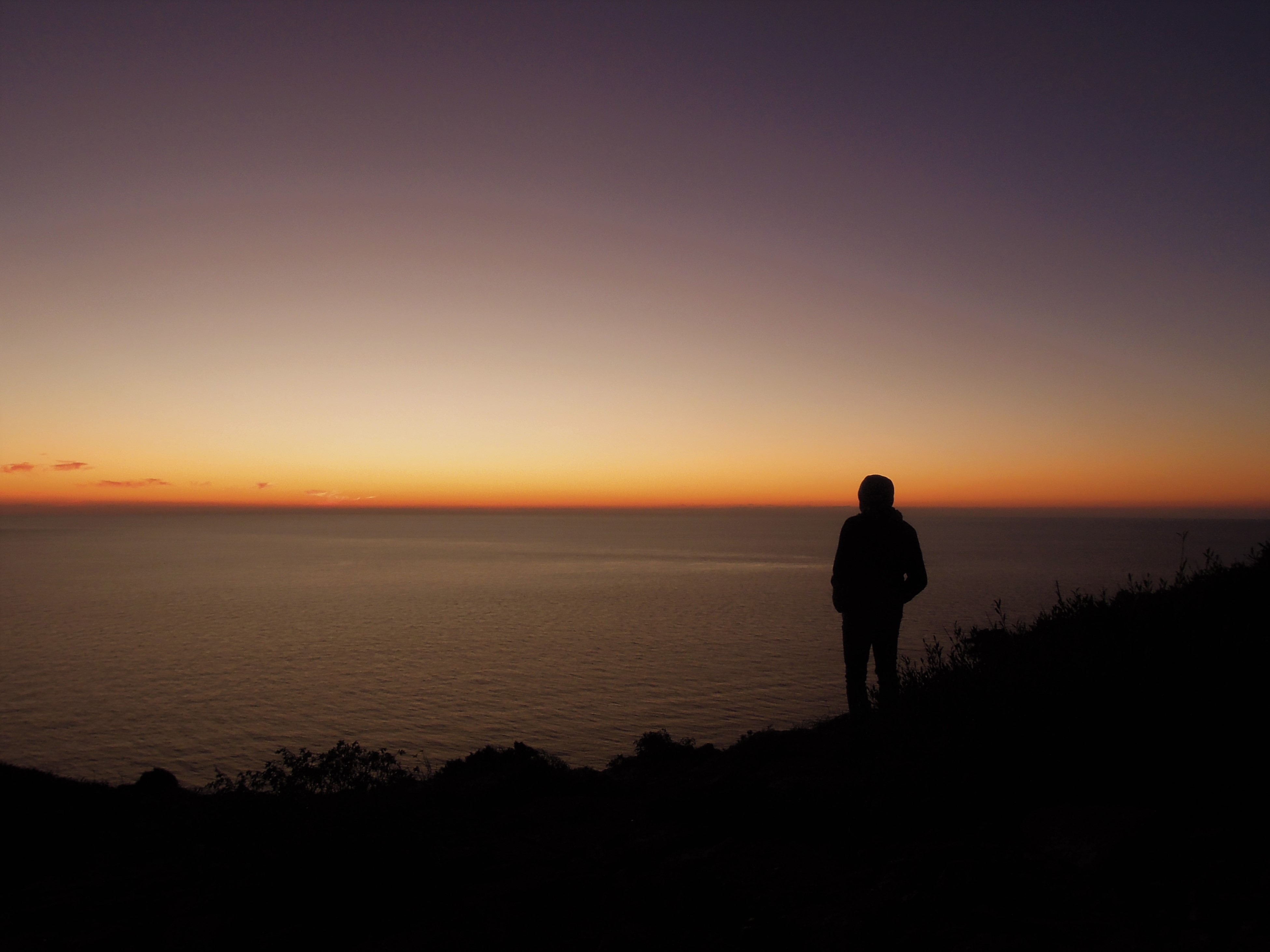 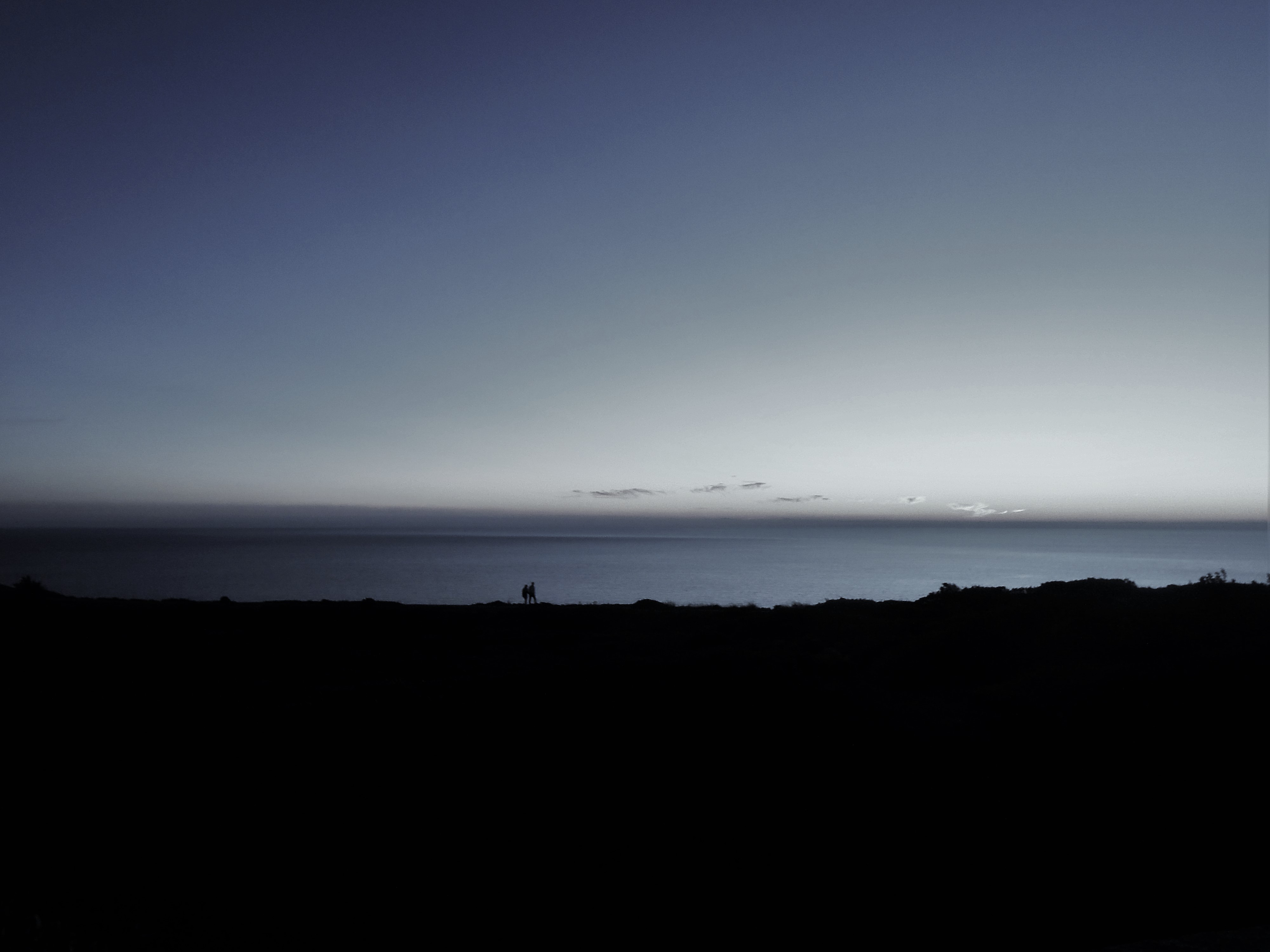 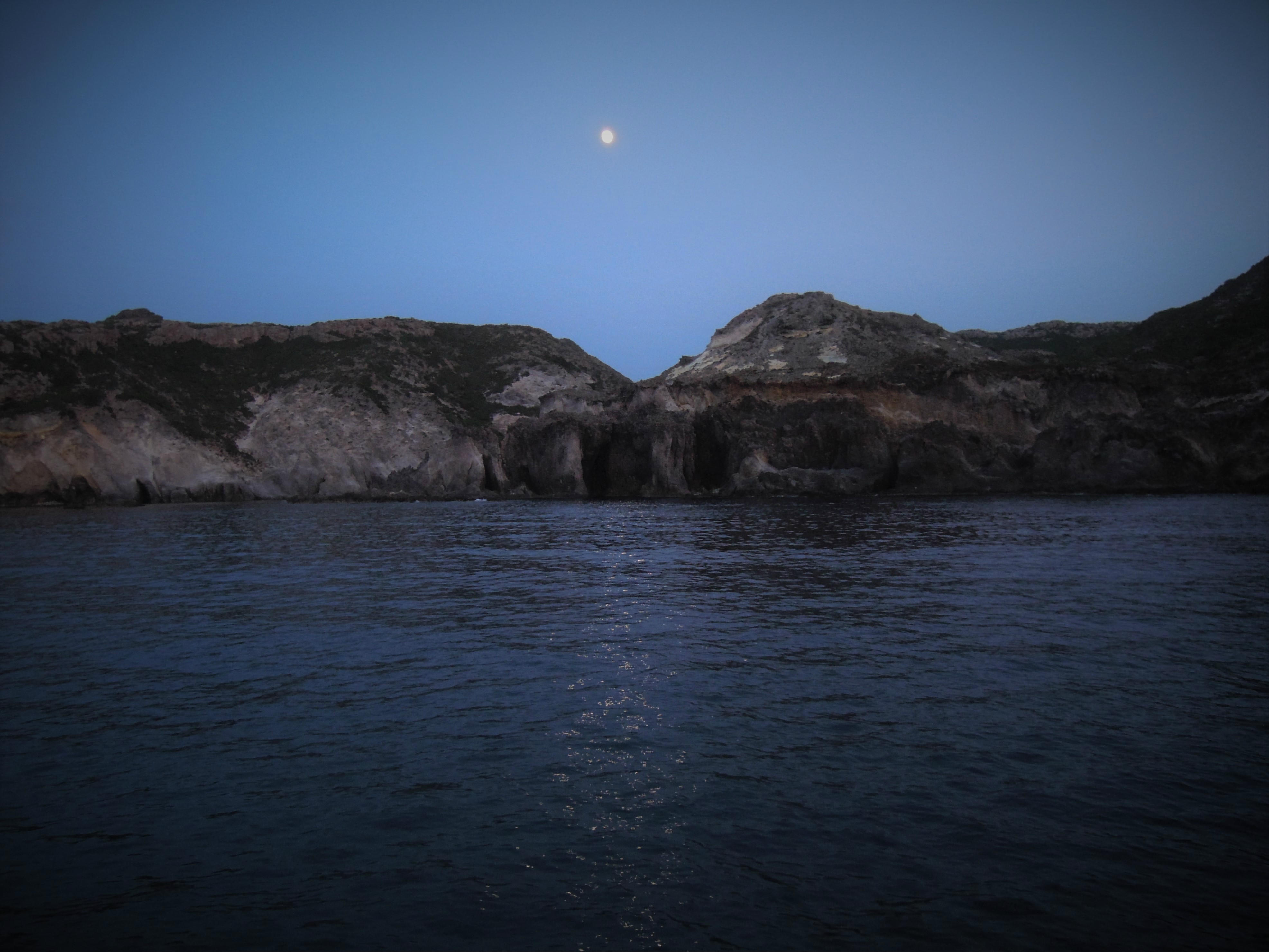