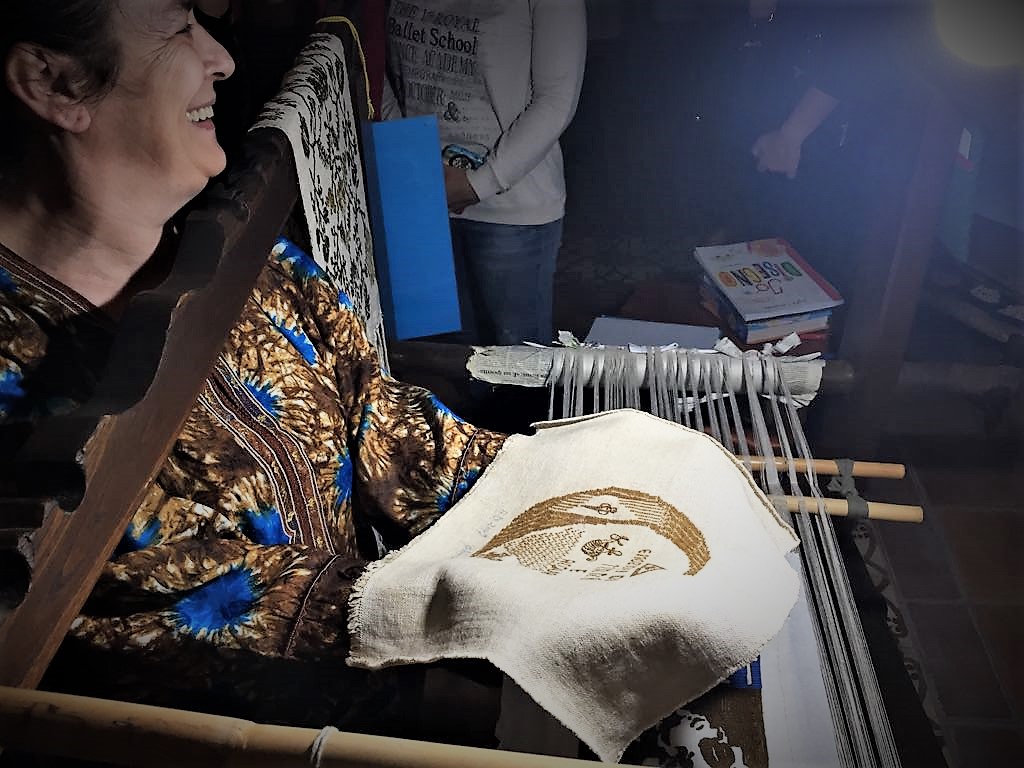 “I experienced a spell tonight.” This is the thought that I wrote and left in the guestbook in Chiara Vigo’s room.
Chiara Vigo is the master of the sea thread, the bisso.
The bisso or fabric of the sea is obtained from the precious Pinna Nobilis, a giant mollusk that can reach a meter and a half. 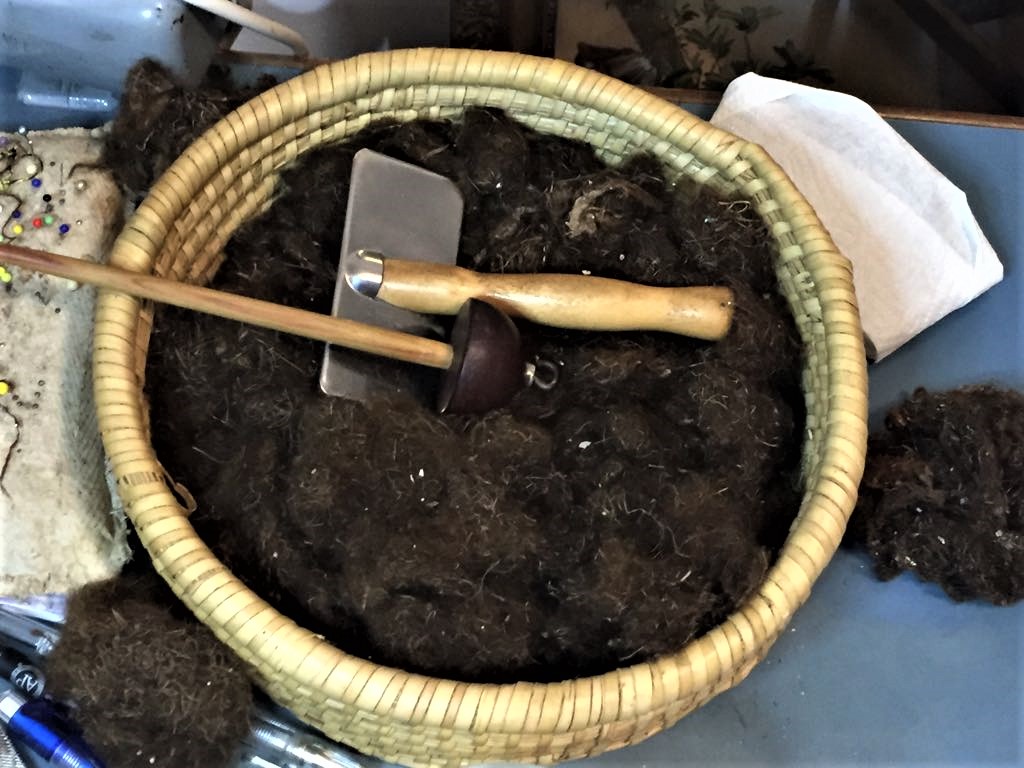 This mollusk is a cross between a mussel and an oyster, and inside it has a cetacean gland that produces a kind of keratin collagen: a slime of keratin that spit molluscs due to the contraction and movement of the two valves.

In contact with the water, this slime solidifies and produces a brown coating, similar to a shaved beard in the middle of small incrustations of shells, algae and coral: the material is worked and reddened, and only then becomes the bisso. 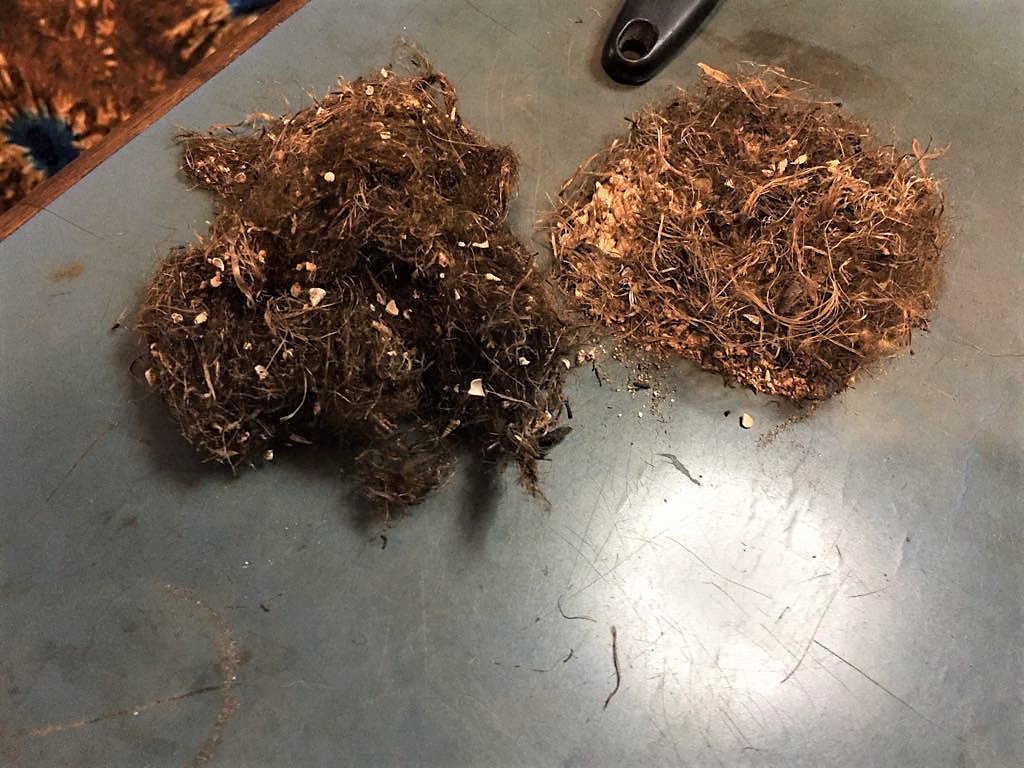 I have witnessed the transformation of the bisso into sea-thread; I followed the fascinating movements of Chiara, light and confident, almost like a dance, as a ritual that attracted in silence and harmony all the visitors present, accompanied by her voice, her stories and her ancestral songs. The real oral transmission, as Chiara says, is completely lost when you’re in a museum. Knowledge, because you stay inside, needs to be touched and not just observed; It needs to be lived because its memory never leaves you. 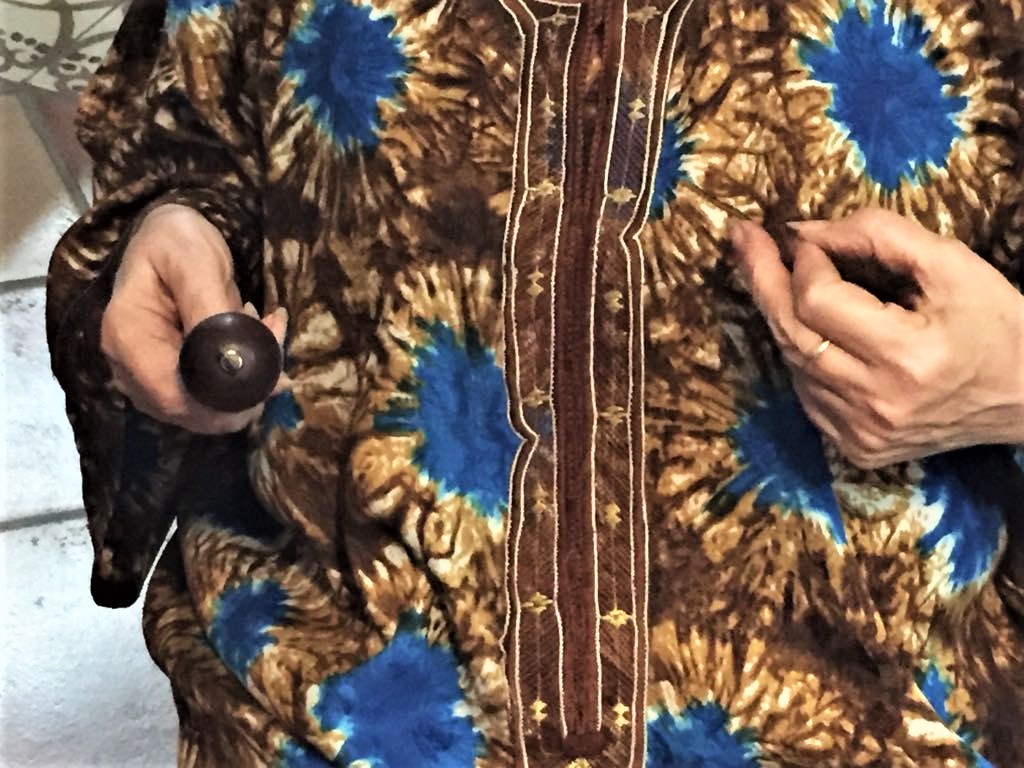 The door of your stay is always open. For 365 days a year, Chiara is there, welcoming visitors and showing everyone her art.
An art that was taught by her grandmother (master of museum fabrics), and that she continues to deliver and teach free to anyone who wants to learn it. 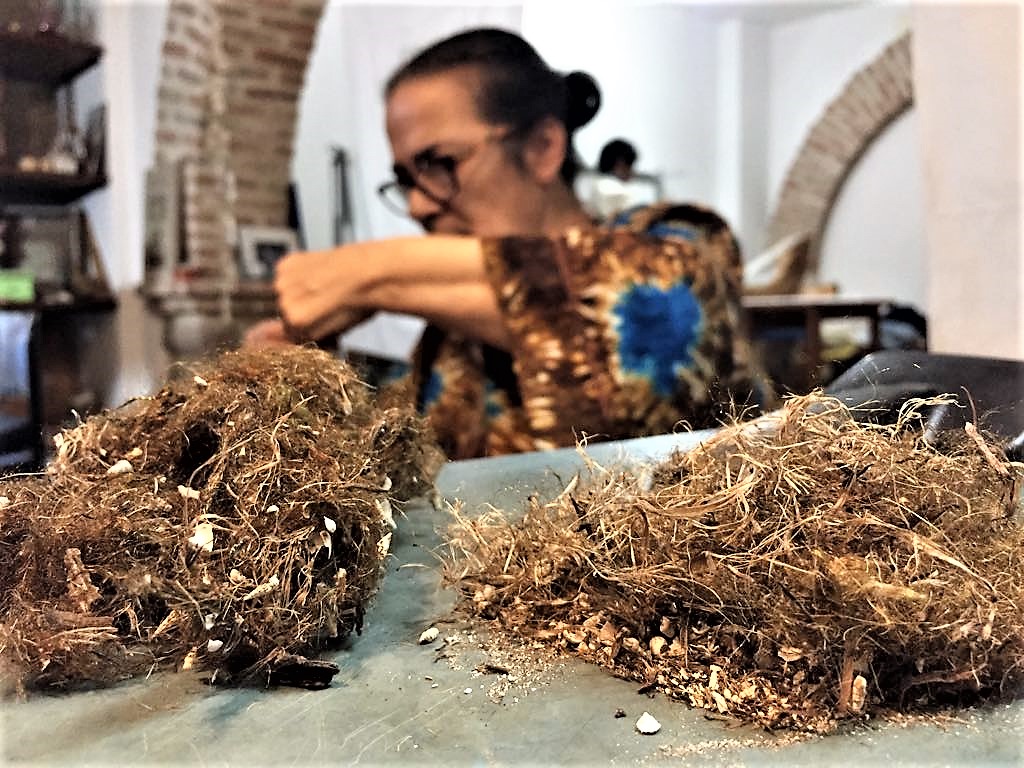 The fiber of the bisso is plated in gold, the carding, the cleaning phase of the material, is done with a spilli thistle (brush with charcoal cedar). Before that, however, the biocohol must melt for 25 days in a liquid mixture of lemon juice, cedar and algae that make it elastic and resistant. Clearly, after extracting a small group of material with the thistle, he aligns it with a giant sponge. It is from that moment on that the bisso has become a thread to weave, has been knitted by hand inside the linen warp on a large pedal loom, or weaving with the nail, into another smaller loom. 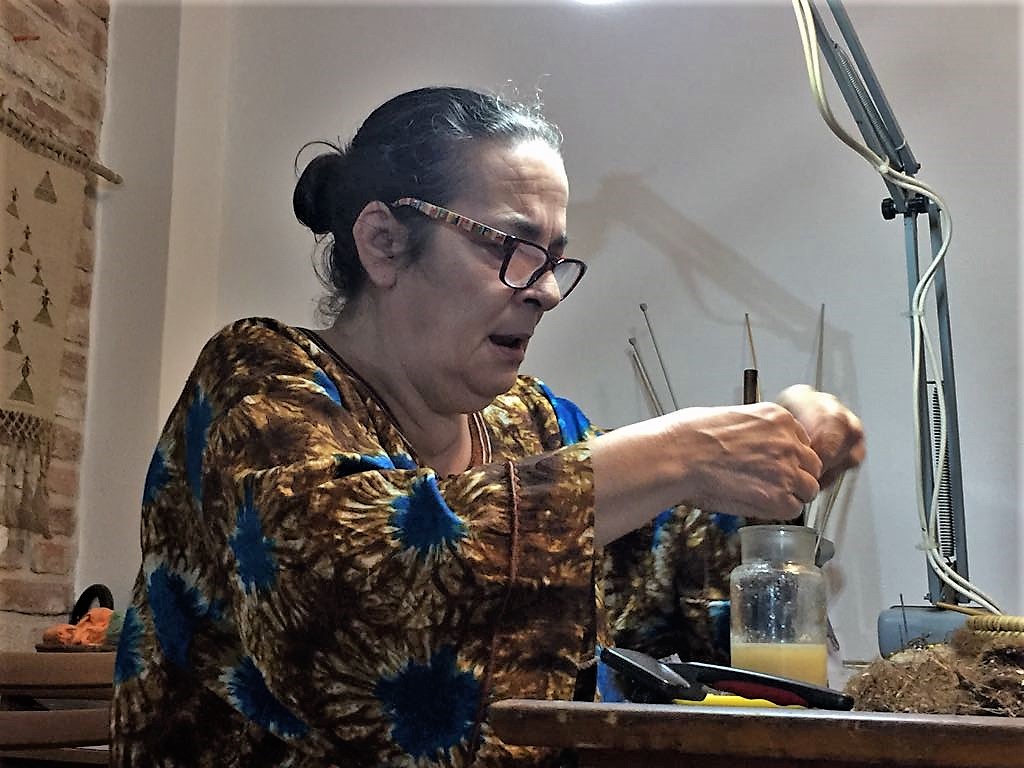 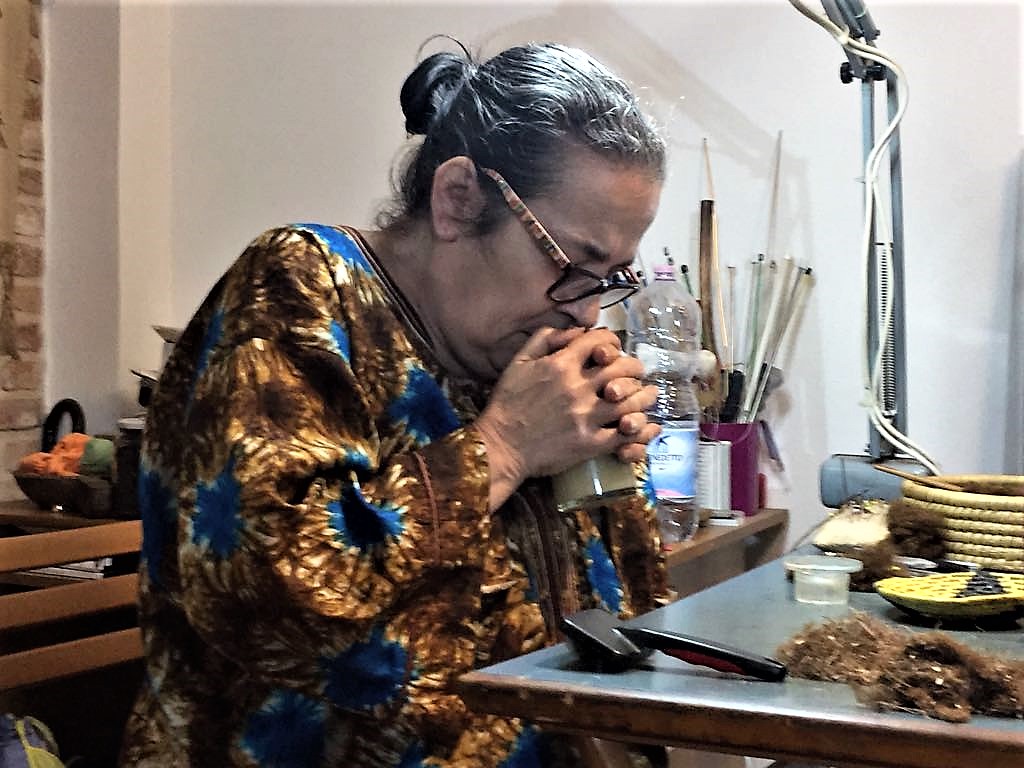 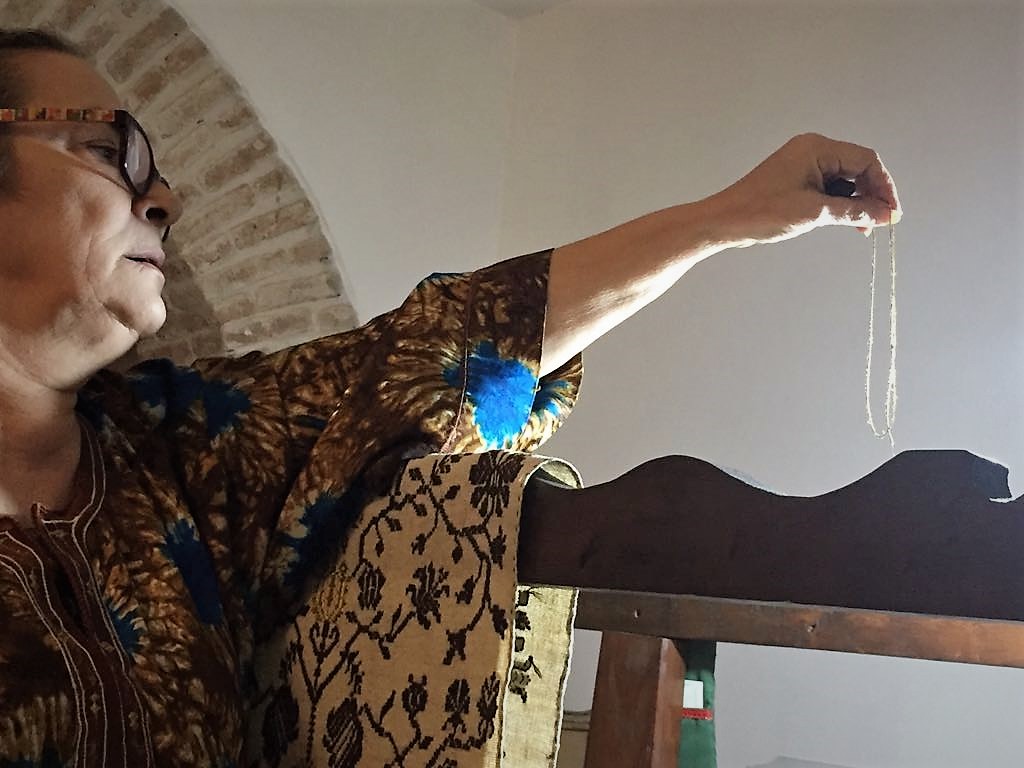 The bisso is also dyed with natural materials such as leaves, roots and is fixed with water and salt; In its preparation it is exposed to the air during full moon nights: the lunar humidity favors the completion of the alchemical process of color fixation. 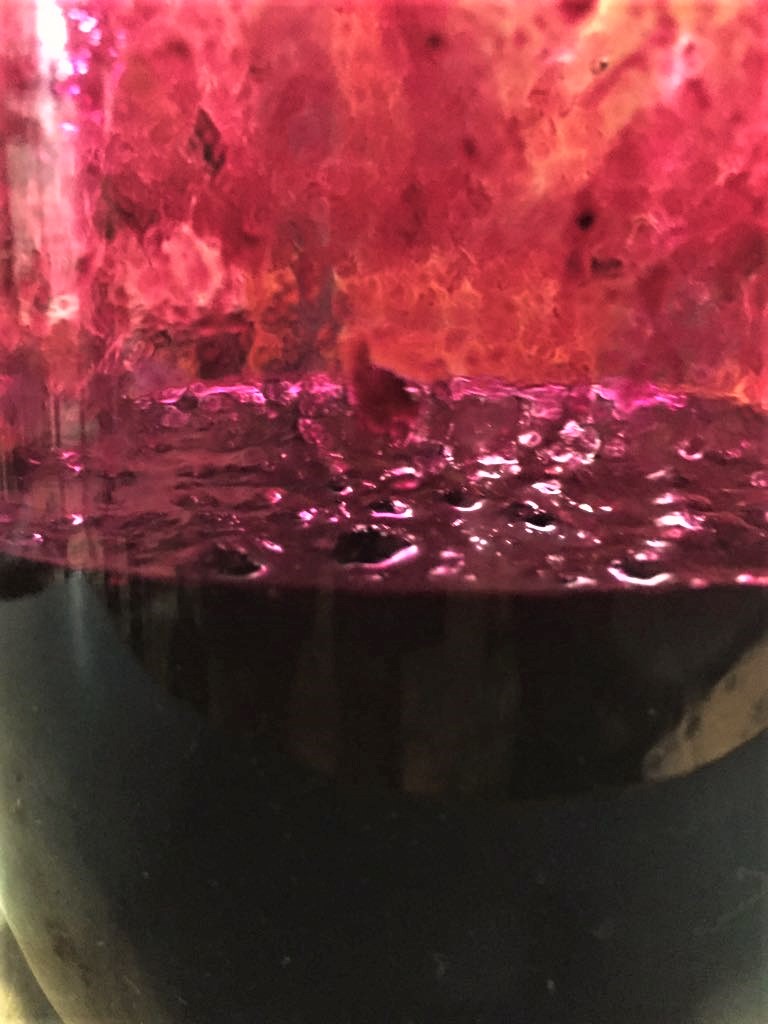 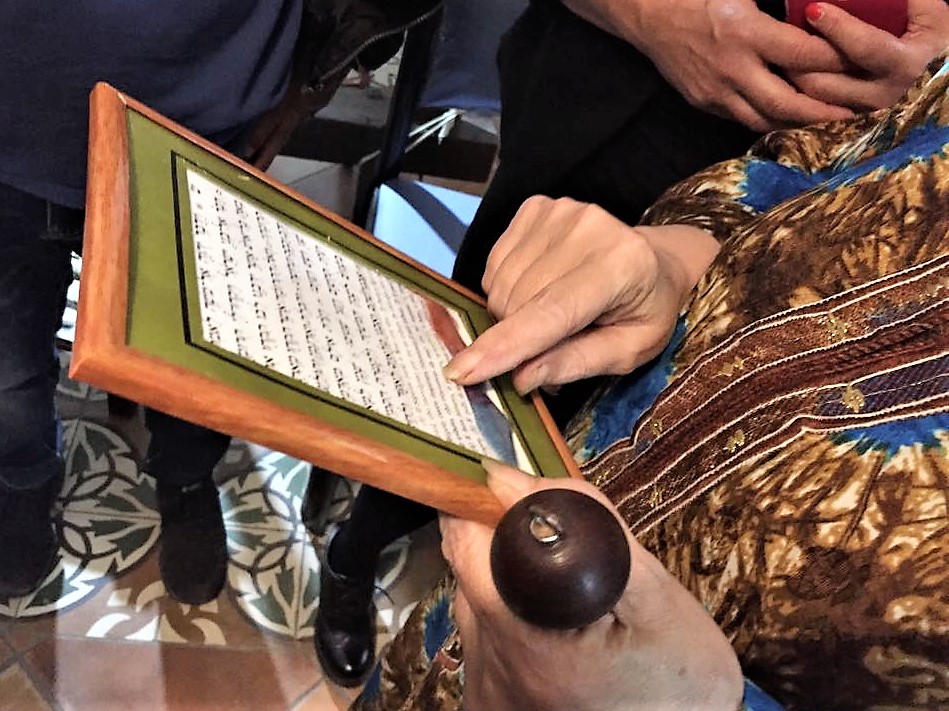 From this process, beautiful colors of great intensity and ancient memory are born: in fact, the colors used to decorate the garments of priests and kings. 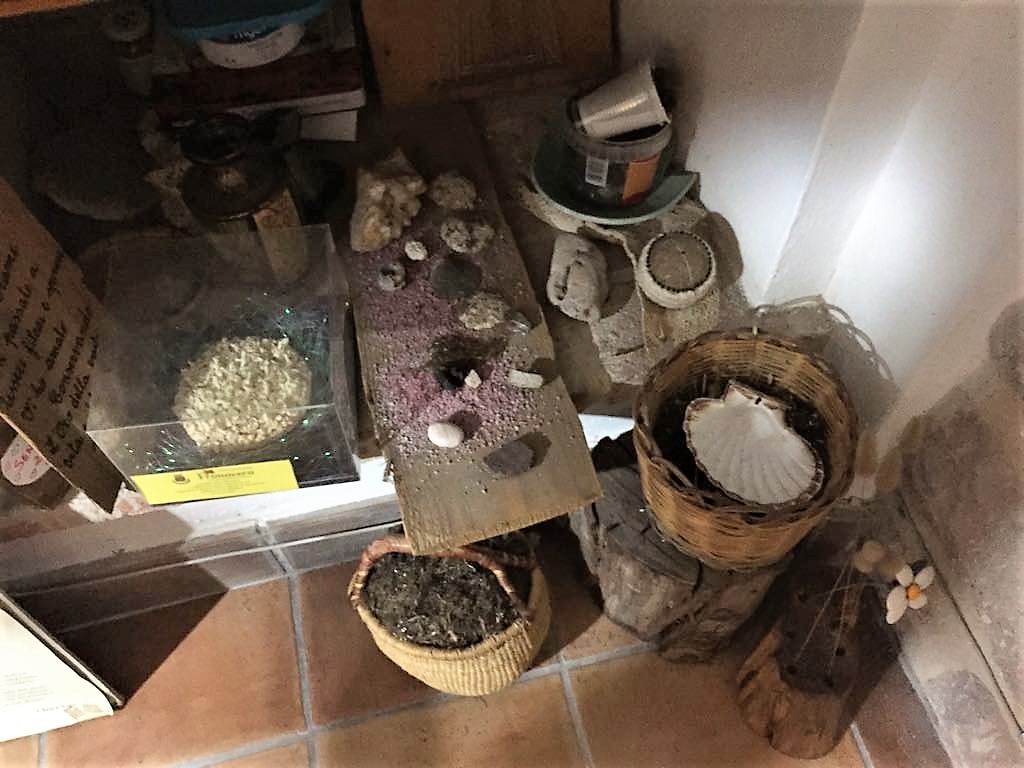 The history of the bisso is linked to an ancient legend and refers to the princess Berenice de Caldea, who, in her exile in Sant’Antioco, taught the texture of the fabric. The description of the process of the elaboration of the bisso appears in the Talmud, the ancient sacred text of Judaism, and this description can be found in 46 steps. 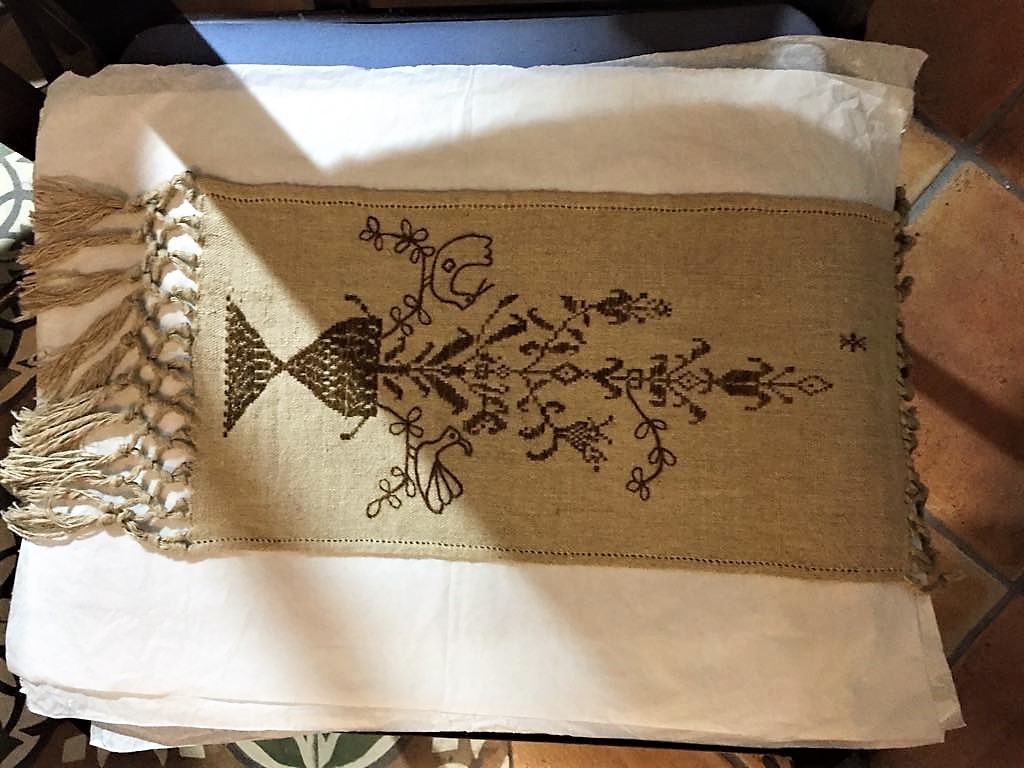 Chiara’s work takes place with the highest respect for nature, without contaminating or killing any animal. The same pinna nobilis, which is a protected species, is left alive after extracting its drool. Chiara is fighting for the maximum protection of this wonderful animal, which, unfortunately, is increasingly threatened by extinction due to climate change and poaching. 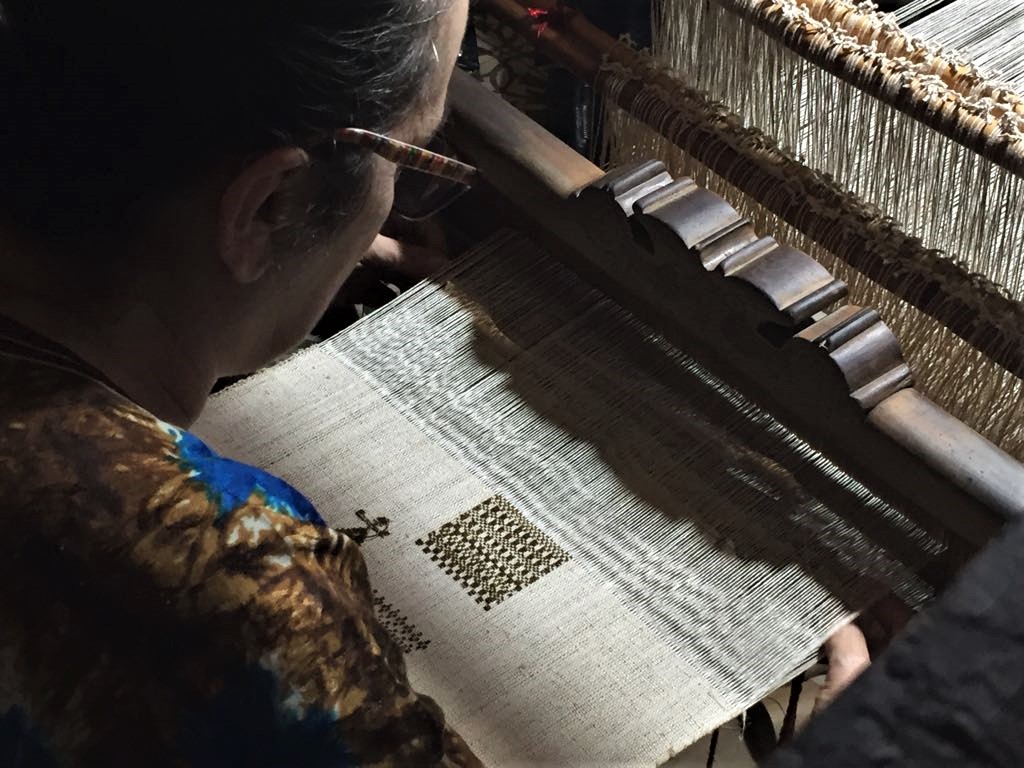 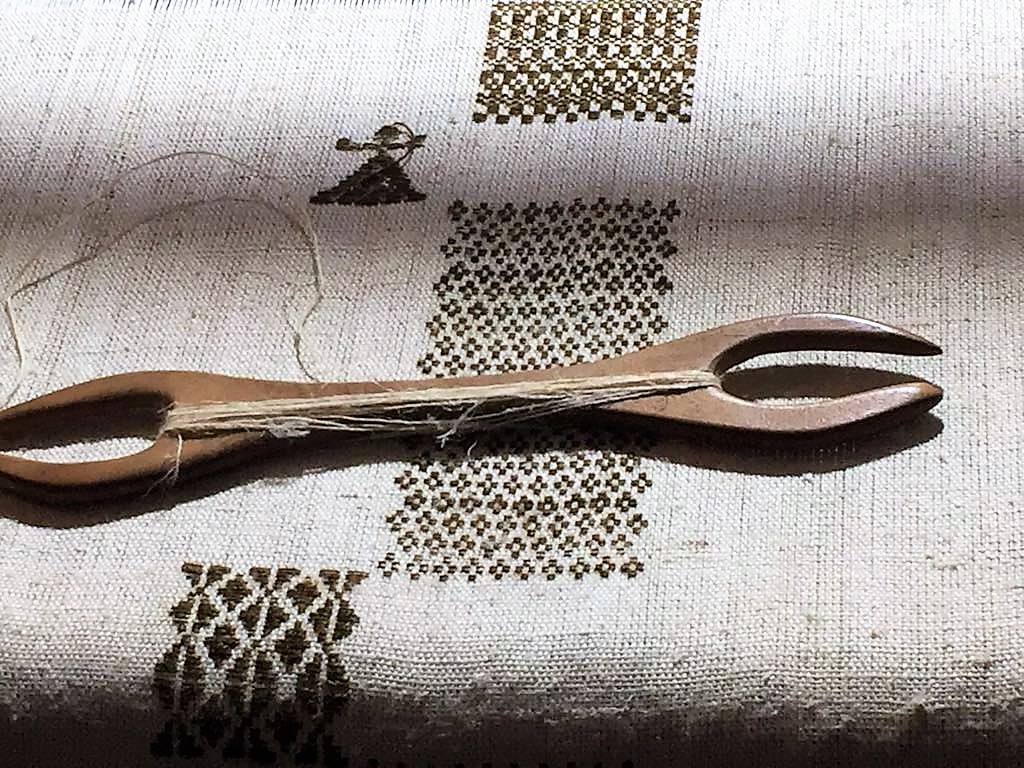 He was 27 years old when he made “the oath of water” to her grandmother. He promised that he would never gain from the fabric of the sea; the business is not sold, it can only be donated or received. Chiara has agreed to devote her life completely to the business, she is not paid and she lives alone.

I could continue describing every detail of Chiara’s art and that night, like any personal experience, what remains inside and each one takes with it, can not be explained thoroughly. 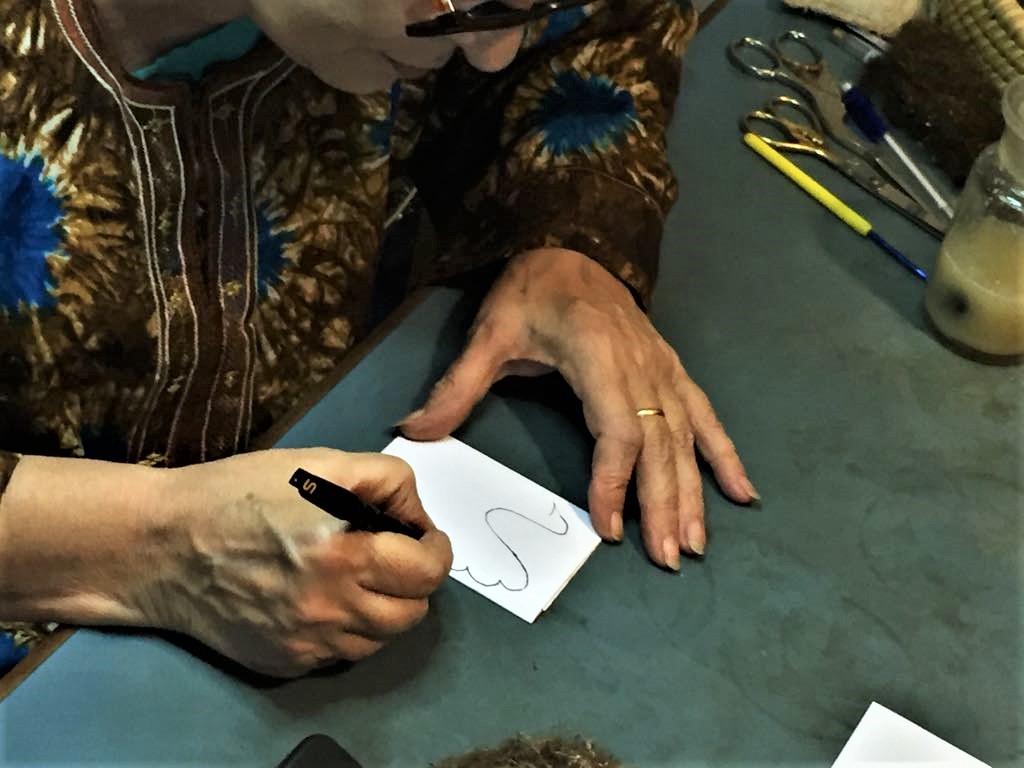 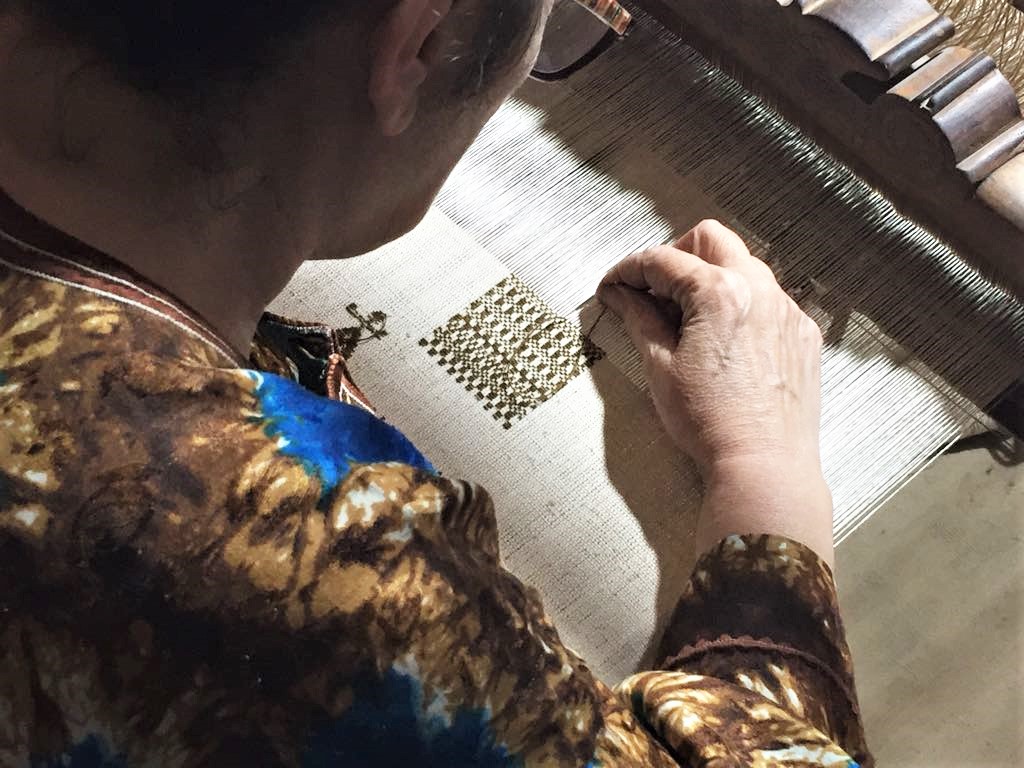 When I talk about magic, I do not exaggerate. The figure of Chiara can be placed at any time in history: it takes you to distant times, ancient and esoteric, where for whatever reason, you trusted in the knowledge of the “elders” who carry wisdom and knowledge, values that nowadays they are increasingly weak and difficult to transmit.

The room, which was the workshop of his grandmother, where he receives his guests and disseminates his knowledge, will not be closed due to lack of funds. The donation money, of course, is not enough to pay the rent for the facilities that, in order to survive, should be bought.
In this sense, there has been a collection of crowdfunding, which has a very significant name: “If the world wants” 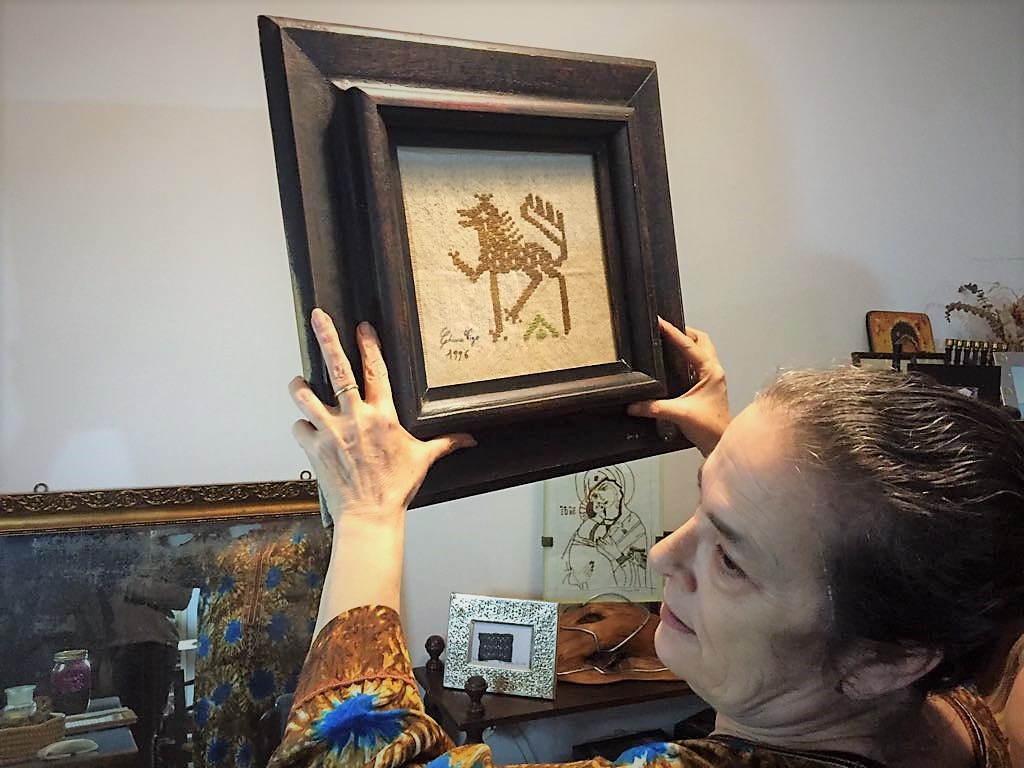 For those who know us, they know that in Sardinia12 we promote the most sincere initiatives in our blog, those that have particularly impressed us and that we have had the fortune of knowing through beautiful experiences. 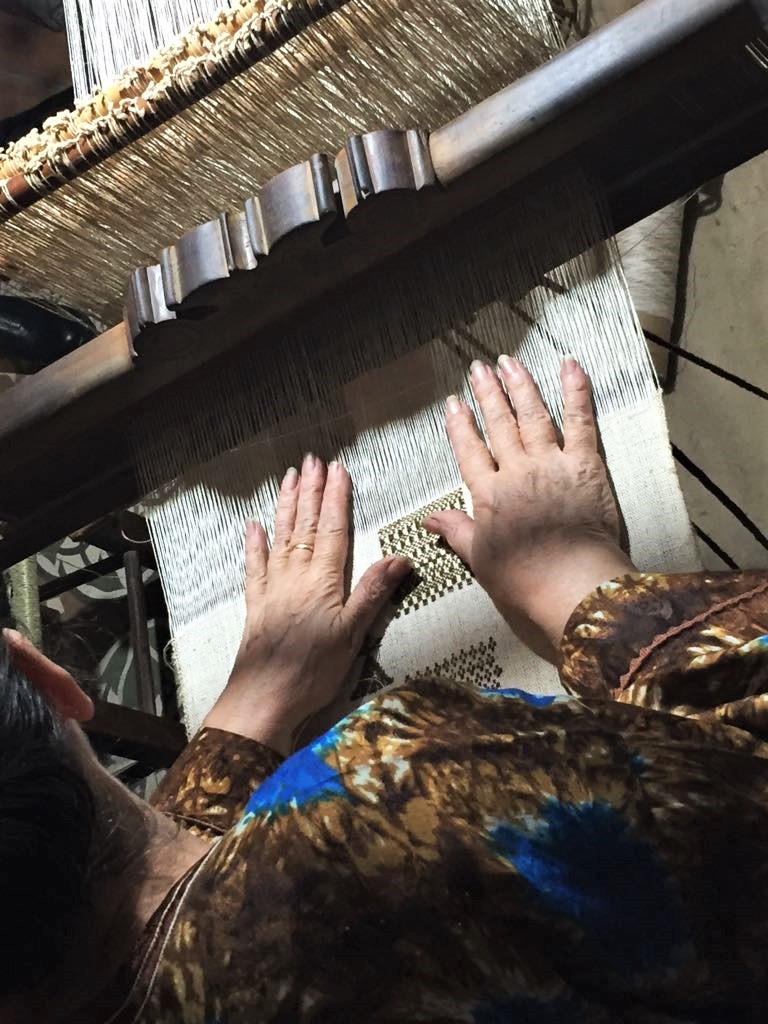